We arrived in Bangkok to friends, champagne and our beautiful suite at Lebua. All very welcome after several hours delay at Ho Chi Minh airport.

When we arrived at Lebua nearly everyone was there already. Lucas had arrived a few days earlier and Nikki, Leigh, Andras and Nathan had already arrived, with Mel flying in later that evening. We had a celebratory bottle of Mumm (thanks guys!) before having a couple of drinks at the sky bar then heading to bed. We’d originally planned a big night out, but after the trip to the hospital then the travel delays, most of us were quite tired. 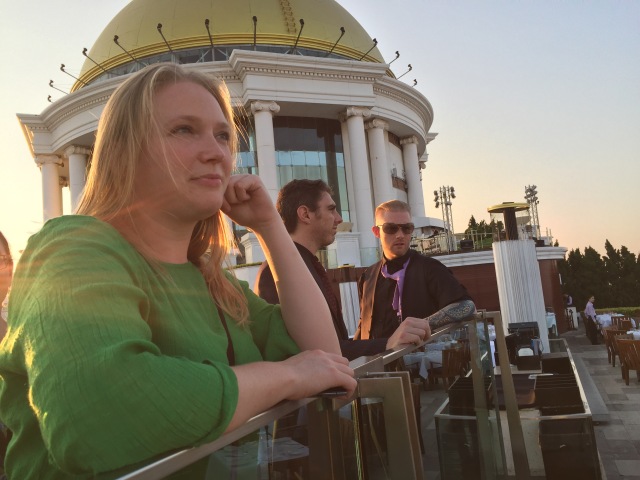 We had five nights at Lebua but not too many expeditions planned as we wanted to enjoy the luxury hotel experience and all the food and drink on offer. However we did do a few things.

Top of my list was a trip to Chatuchuk Markets. All the people who were interested in going gathered in the lobby and we had about three carloads of people. Two took Ubers and Mel and Lauren caught a taxi. Unfortunately the taxi did the classic Bangkok manoeuvre and took Lauren and Mel to a jewellery store on the way, and the other Uber got a bit lost. We all managed to rendezvous at the markets around opening time though and then spent a good few hours browsing in the stifling heat and eating lots of coconut ice cream. So delicious! 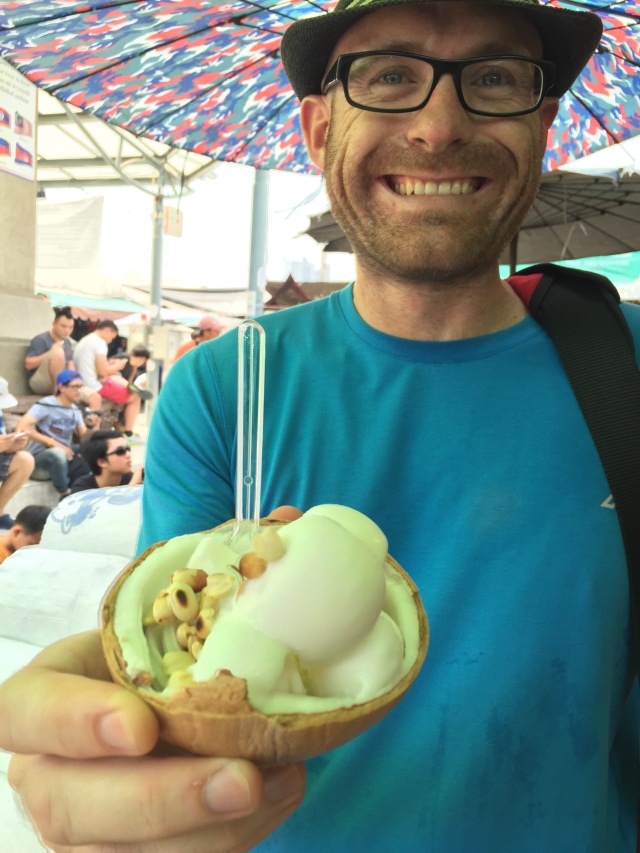 I bought a bunch of stuff and took advantage of the DHL branch in the market and posted home most of my purchases.

Apart from a trip to the MBK mall, the only other thing I wanted to do was Art In Paradise, a 3D exhibition. Luke and I went on our own, since everyone else had other activities to do that day and we were heading to the airport at midday to meet Zane and Leah and the exhibition was on the way. As you can see, it was lots of fun – and there was hardly anyone there so no waiting.

I was mildly pleased with myself for making it to the hotel gym several times (which I’d also done in Hoi An) especially since the gym at Lebua is lovely and there was rarely more than one other person there. Trying to balance out all the food we’d eaten was probably pointless but it made me feel slightly better about all the gluttony. Lebua offers a five hour breakfast that covers five cuisines (Japanese, Indian, Chinese, Western and Thai) with the Western component covering everything from cereal to a leg of roasted ham. 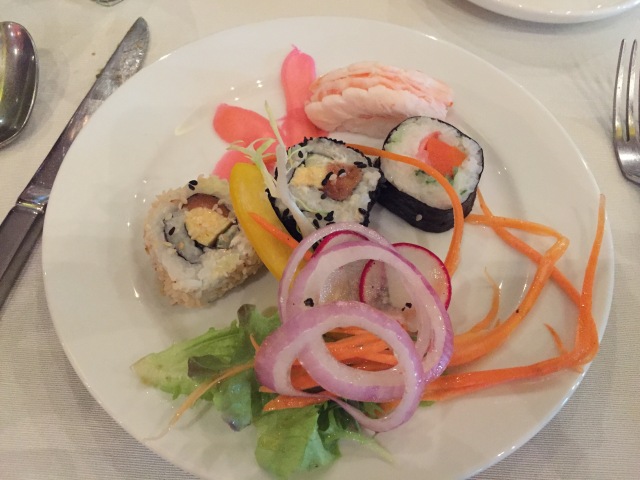 They had raspberry and chocolate cronuts with green tea icing. It was amazing we made it out alive. I’m a trifle concerned about getting on the scales when I get home but that’s a problem for Future Amanda.

The only thing we did at Lebua that we hadn’t done before was have a drink at Distill, the bar inside the dome on the roof. Luke had read about their ‘ice cocktails’, drinks where the ice cubes were made of juice and other flavours, so as they melted the cocktail was altered rather than diluted. I ordered a cheese plate as well and got to visit their cheese room, which smelled amazing. The guy who ran it seemed super pleased to have a visitor and let me try at least 12 cheeses before I picked a few for the plate. It was fun and educational – we all decided we liked the sweet Gorgonzola, so I must look for that in Melbourne.

Bangkok was fun but so, so, so hot and sticky. Apart from being about 37 degrees each day, the humidity was very high and the general stink and pollution was crazy. I definitely won’t be coming back at the same time of year.