Colmar is the second largest city in Alsace, a north eastern province of France that borders Germany. Despite being right in the middle of a great deal of action in both world wars the medieval centre of town is astonishingly well-preserved.

The style of architecture could well be categorized as ‘German gingerbread’. Or possibly ‘pastel dollhouse’. No matter what you call it, it’s delightful. 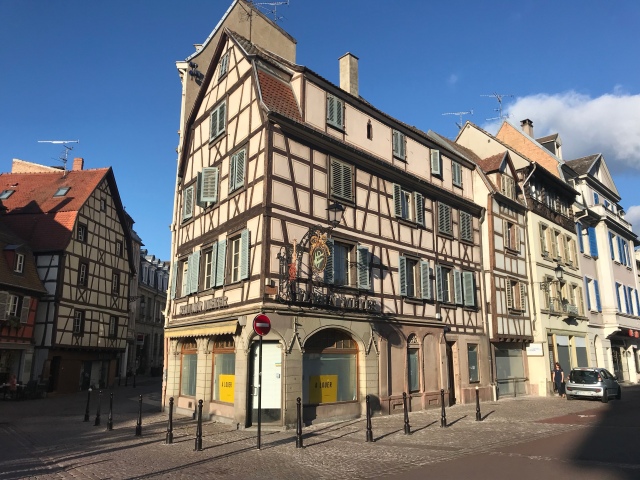 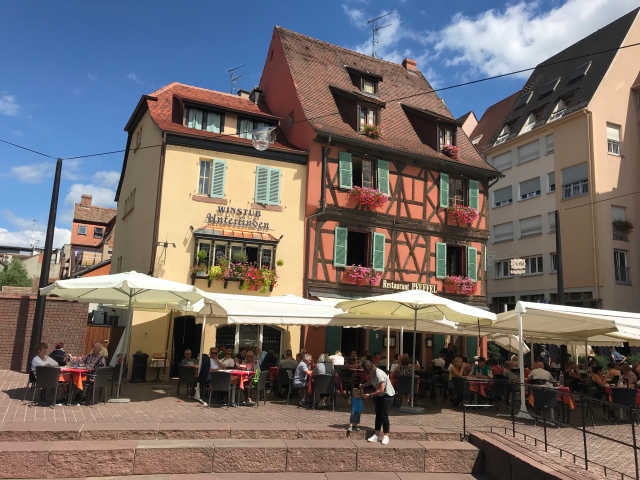 Since we’d chosen the place as nothing but a base for exploring a wine region, we had no idea that we’d hit on one of the most beautiful cities and most popular tourist destinations in the north of France. 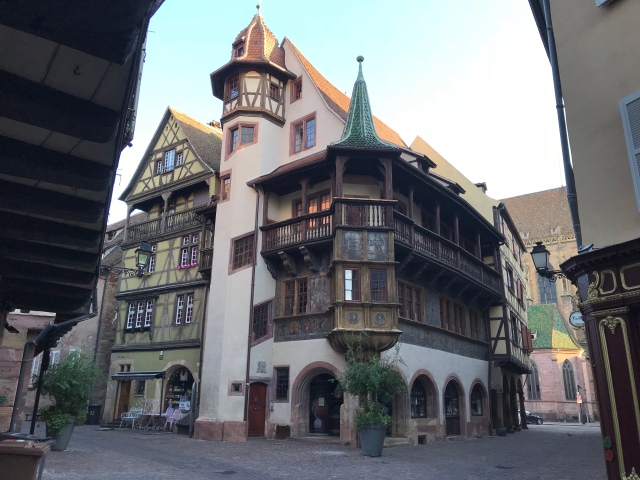 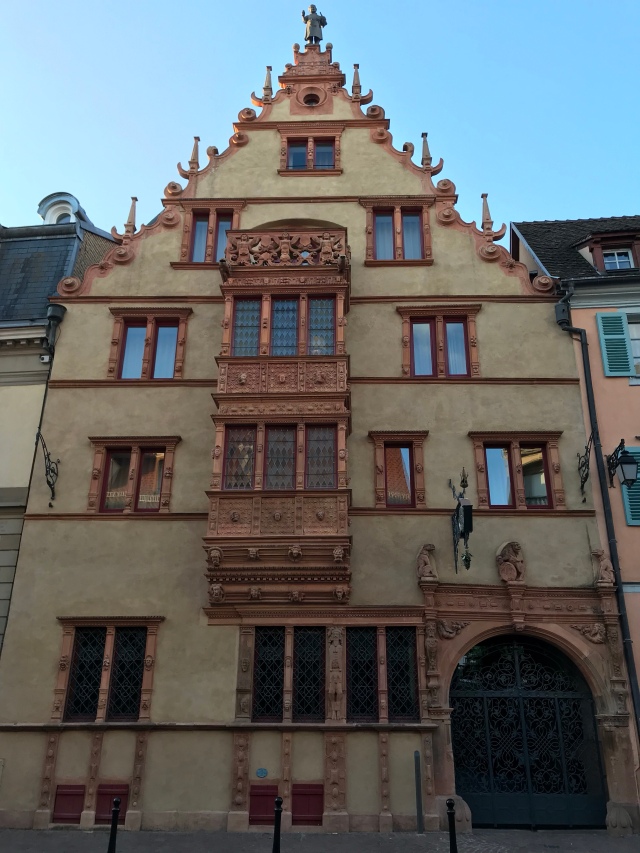 This is the ‘house of heads’ because it is decorated with over 170 heads. I like to hope that in medieval times they used the heads of people who stop walking right in the middle of footpaths. It was a more enlightened age.

On our first full day in town I got up at the crack of 7am and went for a wander through town so I could take photos that didn’t have families in active wear ruining the charm.

As it was, only myself and a handful of Japanese people wandered the streets, happily snapping away.

Through a small amount of research prior to booking we had ascertained that Colmar had at least one very pretty street in an area called ‘little Venice’ but it turned out that in reality Colmar has a positive maze of lovely alleys and byways and it is hard not to take hundreds of almost identical photos – as you can see!

Next: cycling around Alsace – we hire electric bikes and it is mostly successful.