On our way to Colmar we stopped for a few hours in Strasbourg, the capital of Alsace. I have been to Strasbourg before, in the year 2000, travelling with a friend who was a huge fan of the Sound of Music. We spent a couple of days in the city wondering where all the Sound Of Music stuff was then left. I only later (much later) learned that Saltzburg was the place she probably should’ve gone.

This time we were only stopping briefly. We left our bags at the train station where a man put us through a rigorous bag-scanning procedure before we could stow our rucksacks and walk into the middle of town. 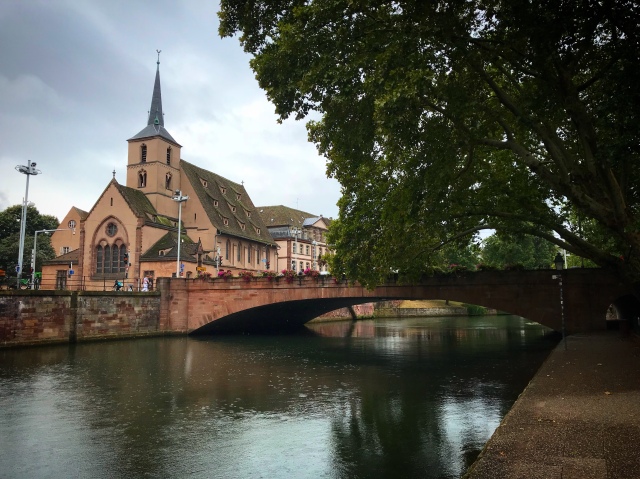 The old centre of Strasbourg is an island in a river and it is very pretty. We probably didn’t see it quite at its best as it was a rainy day but we enjoyed it anyhow. There is a huuuuuuge cathedral in the middle of the city. It is made of a pink stone that has blackened with age. The line to go in was about half a kilometre long so we didn’t bother but admired it from outside. Excuse my rubbish photo but I couldn’t get far enough back from it to get the whole thing in.

It reminded me of the duomo in Florence. Not in looks but in the way it just sort of rises up between the buildings and appears only once you get quite close. Where Florence’s cathedral is a light and airy masterpiece this is a dark gothic hulk but still beautiful.

In fact much of the architecture is dark but I like the solidity, the heavy presence. 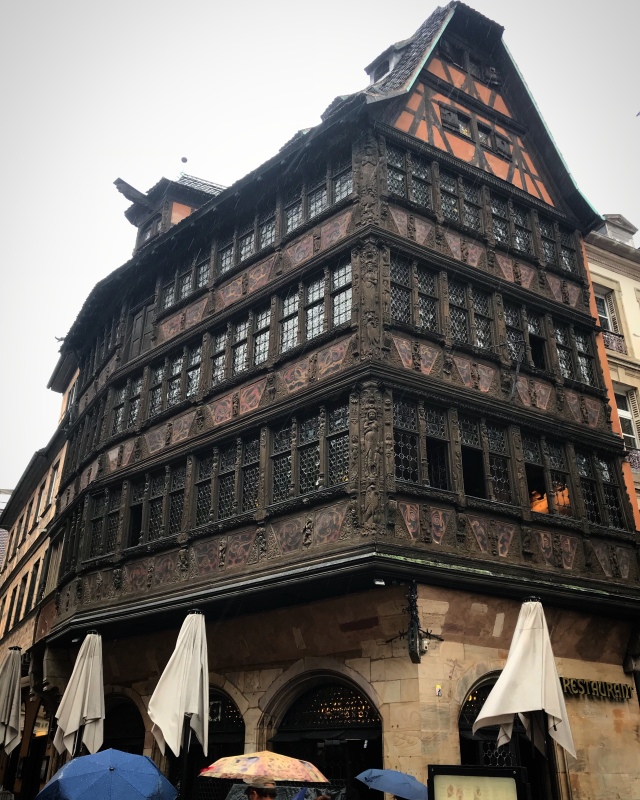 After admiring the cathedral we found a very German restaurant for lunch. No matter what the signs here say, this whole area is so German that it’s a constant surprise to have French spoken to us in shops and cafes.

I had coq au vin but with a white riesling sauce. Delicious! And spaetzel, the local pasta that looks knobby, like twisties. 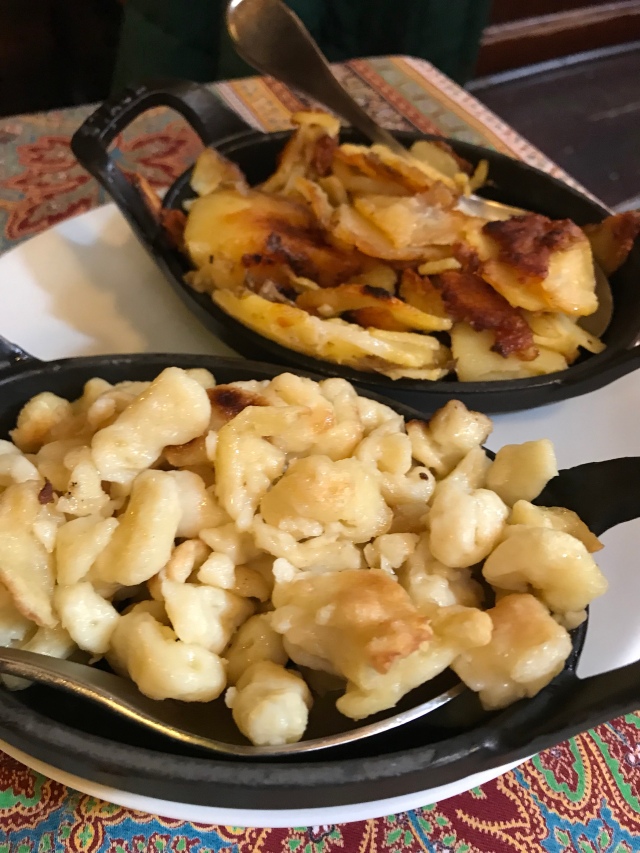 After all that heavy food we wandered around town and admired a work site hoarding that had been painted beautifully by local artists. 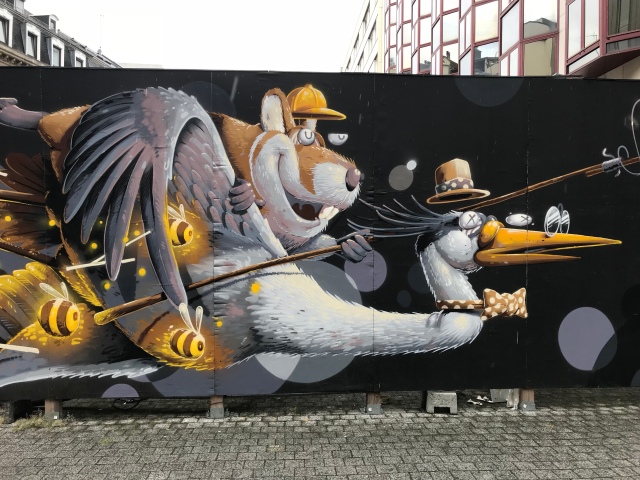 I liked it more than anything I’d seen in Paris.

Lastly a coffee undercover as the rain lashed down then back to the train station, which was decorated with comic book art.

2 thoughts on “A Day In Strasbourg”