The Biggest Weekend was a four-location music festival, with one site each in England, Northern Ireland, Scotland and Wales. In Northern Ireland the Titanic Slipways were used and, fortunately for us, it was within walking distance of Danny’s apartment. 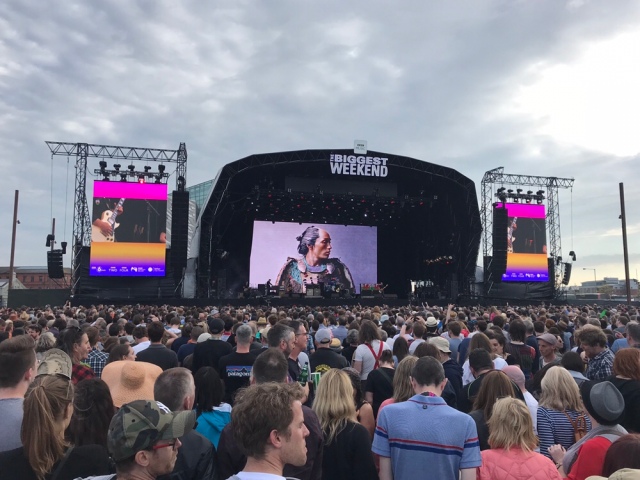 The program of music was quite varied – from orchestras to rock to electronic music. Each city had a two day event, some on Friday and Saturday, some on Saturday and Sunday. Each set was recorded and could be watched either live or later on the BBC or listened to on the radio.

Danny and I were joined by his friend Ash, who was great company and stayed at his place too. When we got there we met up with more friends of his.

The event had two stages but the timing of the acts was a bit strange. Each set went for a bit over half an hour but the stages didn’t alternate. This meant that quite often the music from one was audible at the other, especially if one was heavier or had more bass. They also had big gaps of over half an hour between acts, which meant that what little atmosphere built during each short set completely dissipated when everyone sat down to wait ages for the next act. Still, since I wasn’t really interested in any of the rock bands I didn’t mind much.

The weather was bright and sunny nearly all day and sitting on the grass was nice. The act I liked best was a local dj named David Holmes, who played a very fun and upbeat set on the smaller stage and the crowd finally got moving. A bunch of ladies (who I would like to say were middle aged if they didn’t look pretty much my age) were dancing up a storm right in front of us and making us smile.

We arrived pretty early so the first day ended up being a lot of standing around and by 9pm my feet were sore and I had a bit of a headache. I decided to go to a nearby bar to sit down and have a drink while the others finished listening to Beck and then Underworld. On my way out of the concert I heard a great cheer from the ferris wheel then saw a naked man get off it and bow to the large crowd of people waiting to get on. No photos of that moment, sorry.

I took a few photos of the Titanic Museum on the way into the city.

Also some of the statues and art around it. 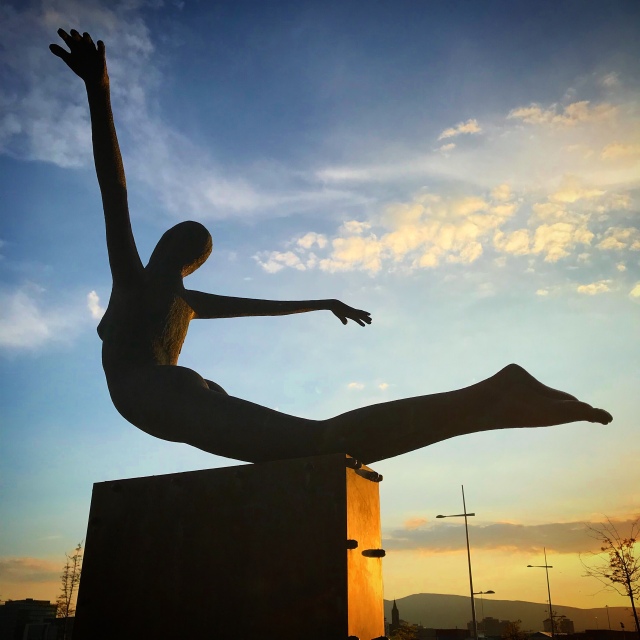 The pub I stopped at was called Mc Hughes and had what Danny calls ‘fiddle dee dee’ music playing and there was a young American guy there intently telling the lead singer all about his Irish heritage whenever there was a break in the songs.

Eventually Danny and Ash met me and said the whole stage had blacked out for five minutes during Orbital, who were the main act. Disgraceful! We all agreed that we’d go later the following day and have a few glasses of wine beforehand so we could spend less time in the gigantic bar queues.

In the end the Saturday involved us watching most of the acts on tv then turning up for the very last act (Underworld), getting right to the front, and having an amazing time. Their biggest track, Born Slippy, was a huge dance anthem when I lived in the UK in 2002/3 and it (and probably the wine) brought more than a few tears to my eyes when I recalled how much I’d loved those days and all the wonderful friends I’d made and the good times we’d had. 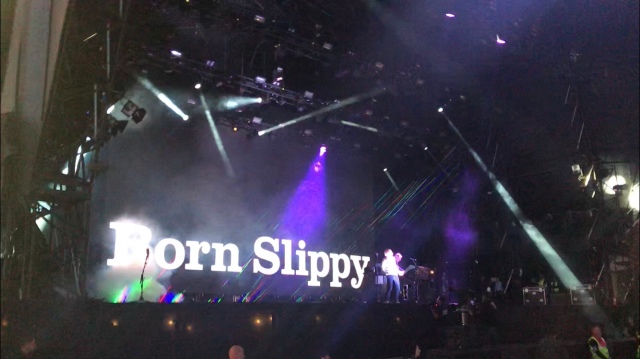 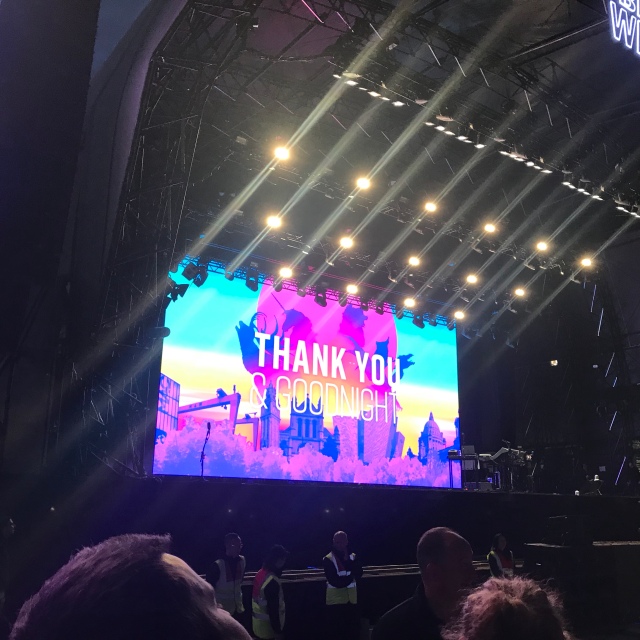 We went out afterwards to another club for a dance then came home to chat and have some drinks. We stayed up to watch the sunrise at around 4am.

A great end to the festival! 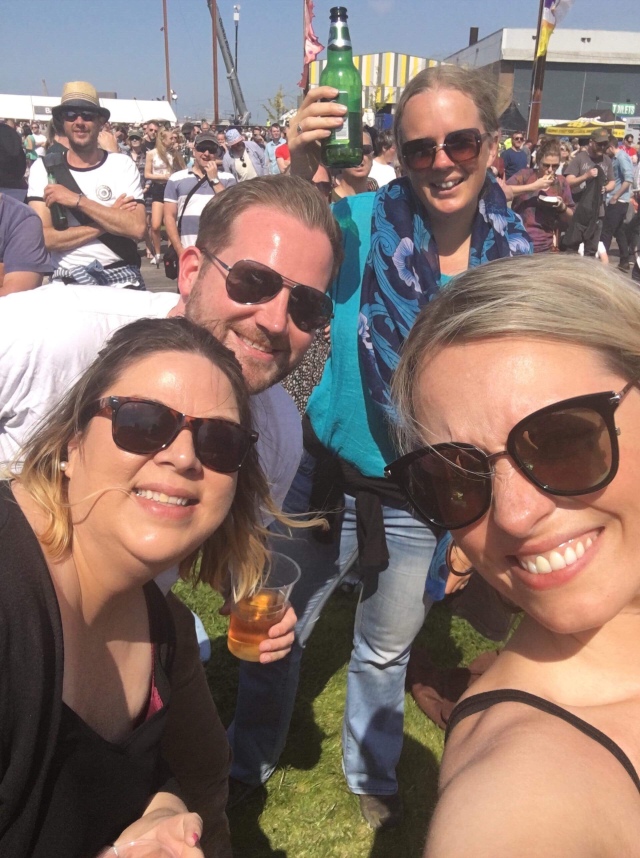