Here’s a mini-post about the tiny steam train (actually a number of little trains, some of them diesel) that travels the Eskdale Valley, taking tourists on a gorgeous seven mile journey from Ravenglass on the coast to Dalesgarth station and the town of Boot.

The train is only just two people wide and the covered carriages aren’t big enough to stand up in.

We had a bit of excitement on our journey when some sheep decided that, rather than get off the rails, they would run, Indiana Jones-style, along the track in front of the train, as though we were a boulder and they had the treasures of the Incas. 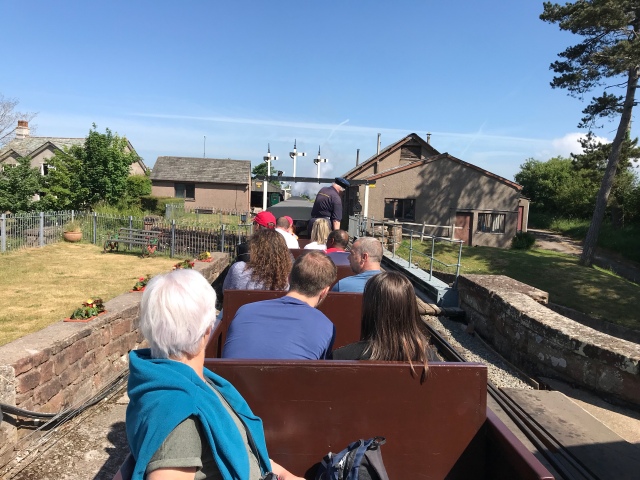 I was fortunate to have taken the train on a bright, sunny morning and, like everyone else, chose an outside seat. This turned out to be a mistake as my hay fever flared up dreadfully as pollen filled my eyes and nose (and yes, I’m already on medication) and I could feel my face swelling up (when I get hay fever I really get hay fever) by the time I got to Boot.

I’d planned to camp but ended up booking a room at a nearby B&B called Stanley House. 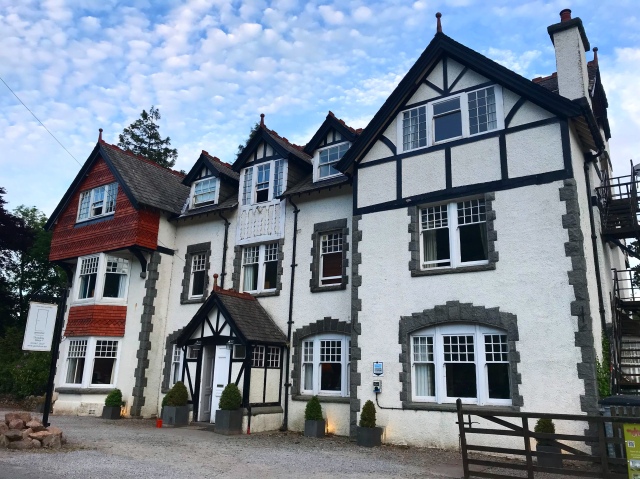 The owner drove myself and an American family to the pub up the road for dinner.

There happened to be a mini beer festival on, which was nice! 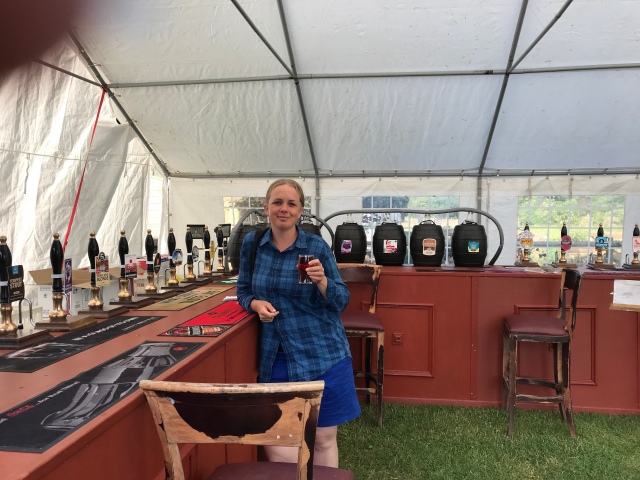 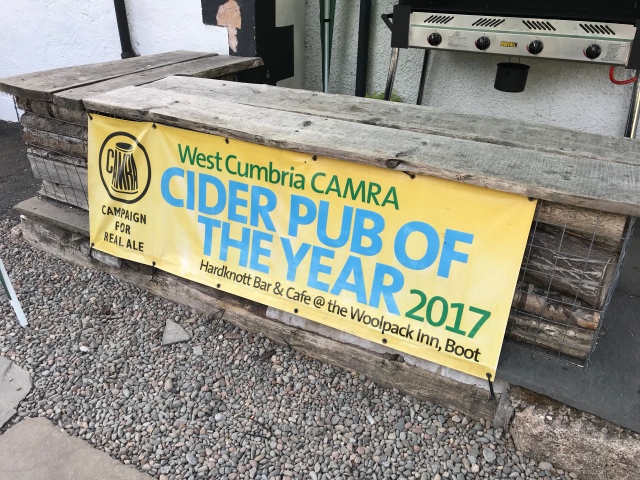 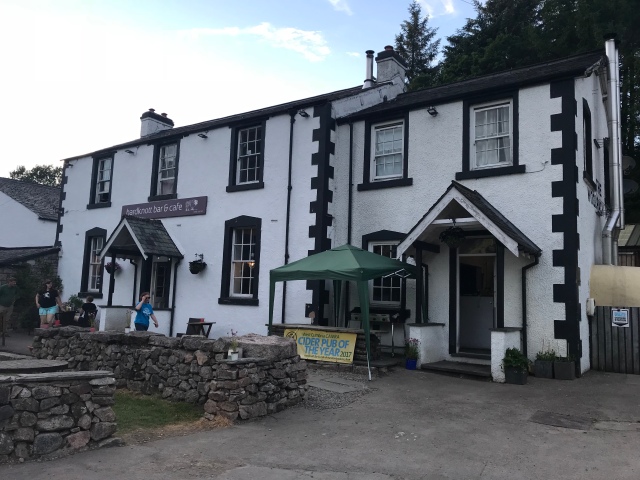 I had hid in my room all day and decided that camping and hiking just weren’t feasible so the next morning I caught the train back. 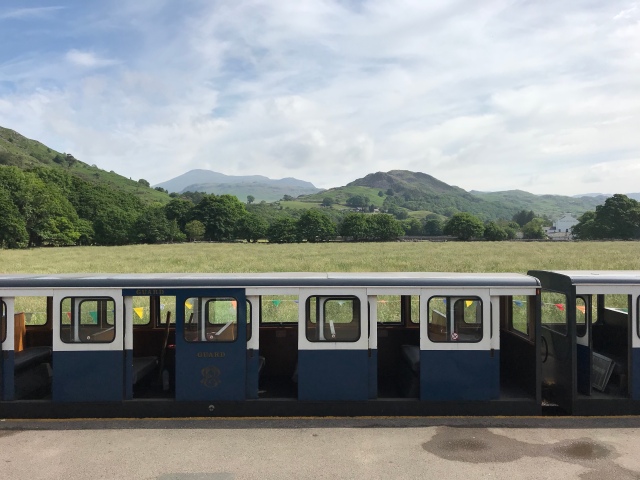 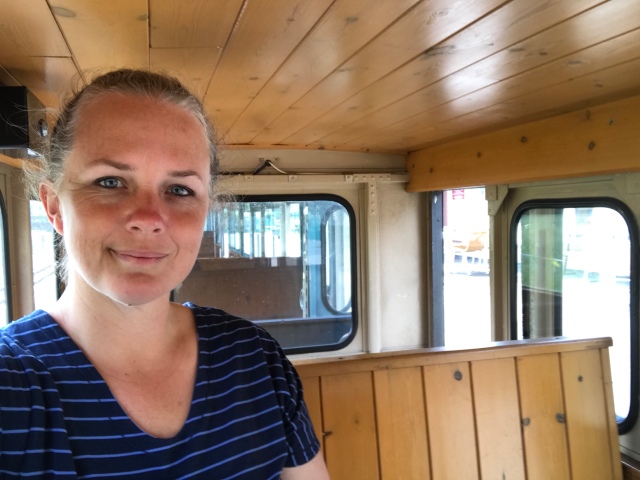 I was annoyed that my plans hadn’t panned out but I’d been pretty lucky with everything up until that point so I couldn’t really complain. I definitely recommend the train if you’re in the area and I’m not sure I recommend the Stanley House. Despite the owner being lovely it was a bit run down and the bathroom water never really warmed up.

Next: I find out why no one recommends a trip to Barrow-In-Furness.