I spent a rather varied day yesterday. I discovered a medieval tournament was going to happen not too far away so I caught a train, then light rail, then a bus, and arrived at Eltham (pronounced elt-am) Palace just after the event started. I hadn’t really thought about the fact that the thing was going to be held in a field so I only ended up staying for two hours (hay fever) but they were very enjoyable!

Tickets to the tournament also entitled everyone to wander around the buildings. 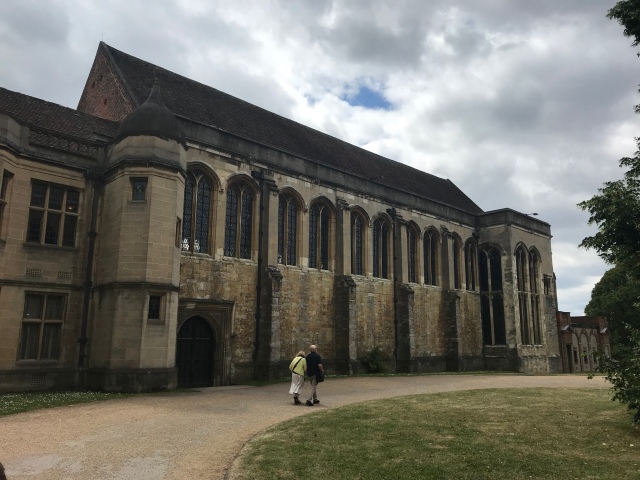 Eltham was originally a church, then a royal residence for one of the Henrys, then fell into disrepair. At the beginning of the 20th century it was bought by a very wealthy couple who restored it and built on a stunning art deco house.

They were keen entertainers and everyone from politicians and royalty to movie stars came here to get away from it all. The ceiling in the photo above was my favourite part – not lights, it’s a glass and cement dome.

However much of it was damaged in the Second World War and the owners moved away. Eventually it was taken on by the National Trust and is used today for a range of events including weddings. 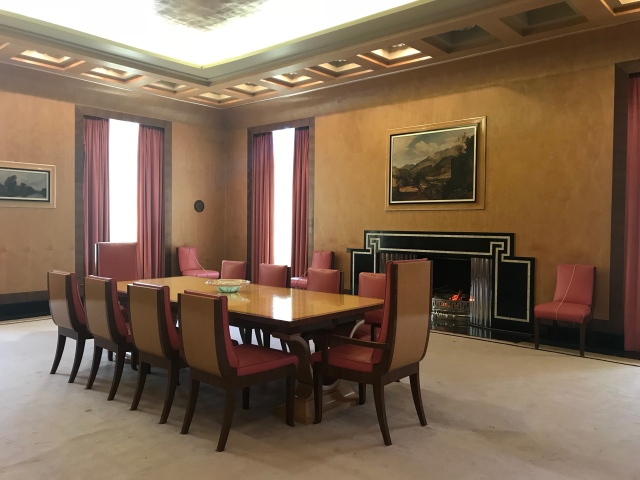 The tournament was happening in a field out the back and so I had a wander around, watched the falconry show, and chatted to the guys in the beer tent who told me that rubbing nettles on myself might cure my hay fever. Nice try, I said, and didn’t. 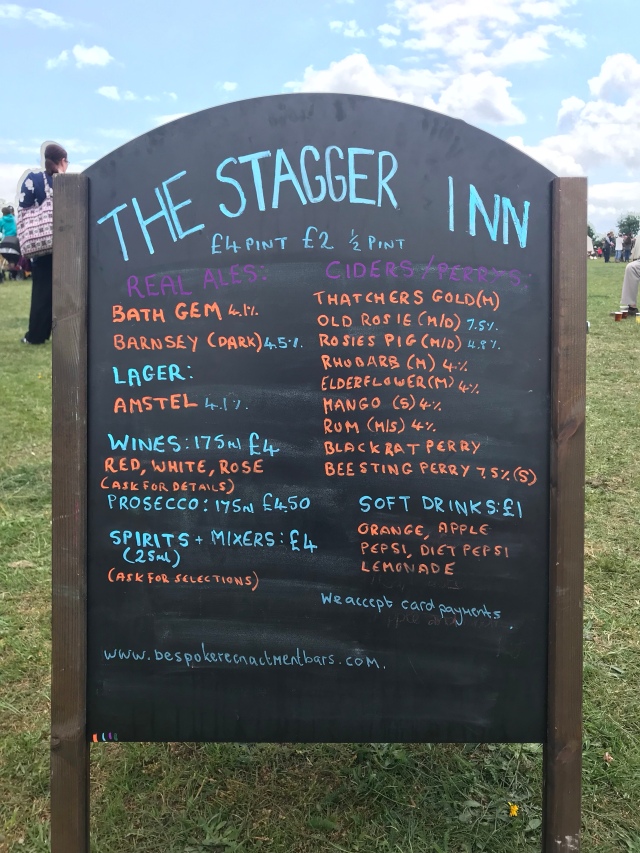 I drank some rhubarb cider… 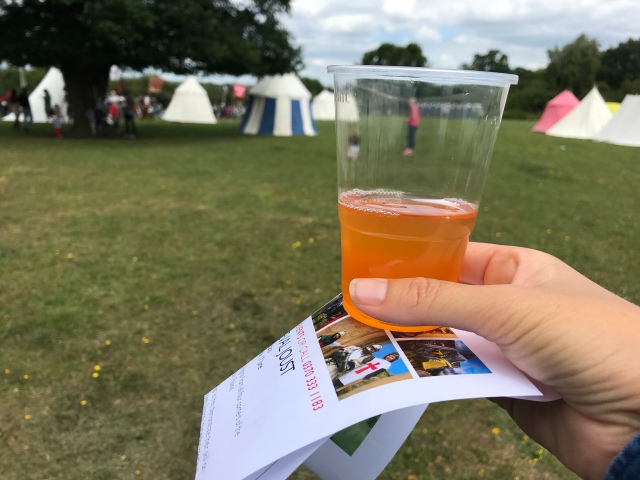 And ate a traditional medieval burger… 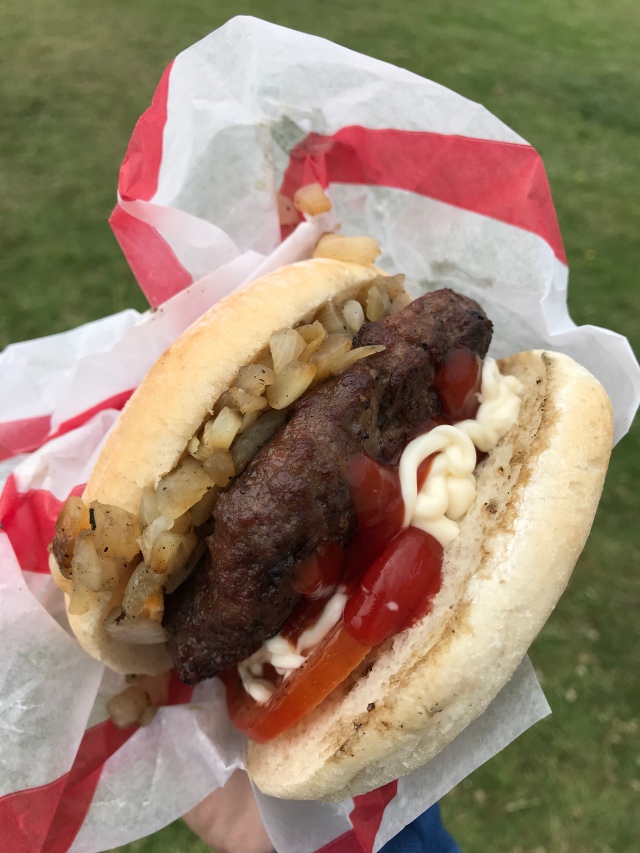 And listened to some story-telling…

Then it was time for the main event! The jousting!

The jousting was an entirely authentic experience (well, as much as could be). The four men and horses who performed the jousts were professional jousters, which I didn’t realise was a thing, and I learned ( in the beer tent) that each horse cost a thousand pounds to insure for the day.

The jousting, once the talking-it-up and the make-the-crowd-hoarse-with-cheering bit was over, was quite fast paced and very impressive. The rules were explained and everyone in the crowd got right into it.

If my eyes hadn’t been filled with pollen or grass seed or whatever I would’ve stayed all day.

Before I left I had a walk around the interactive tent-displays and chatted to various stall holders about how they got into doing what they were doing and historical accuracy and the SCA (Society for Creative Anachronism, a global medieval revival group that I was once part of) which is not very big in the UK, since they probably had all their historical recreation stuff in full swing before the SCA got going in America.

After leaving Eltham I caught a dizzying array of public transport to Walthamstowe. Even though I had to change buses and trains a bunch of times the longest I had to wait was 10 minutes and having Google maps to direct me at every stage made the whole thing so painless I couldn’t help but reflect on what a difference technology has made to travel in the last two decades.

I was in Walthamstowe because I’d read there was a neon store that was Instagram-tastic.

God’s Own Junkyard was terrific. 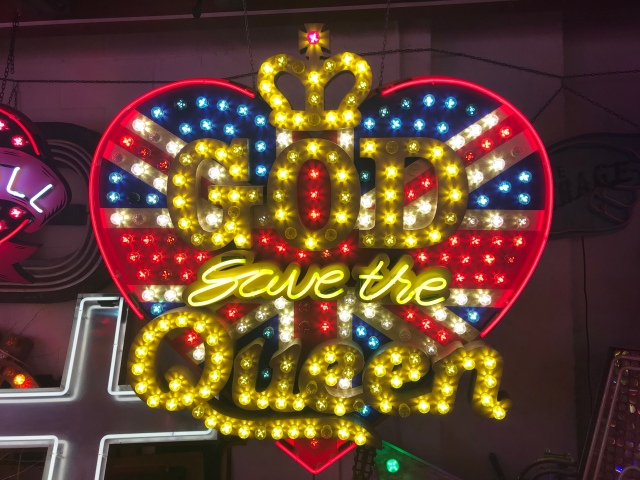 It was glorious. I love lights and colour and this place immediately lifted the spirits. 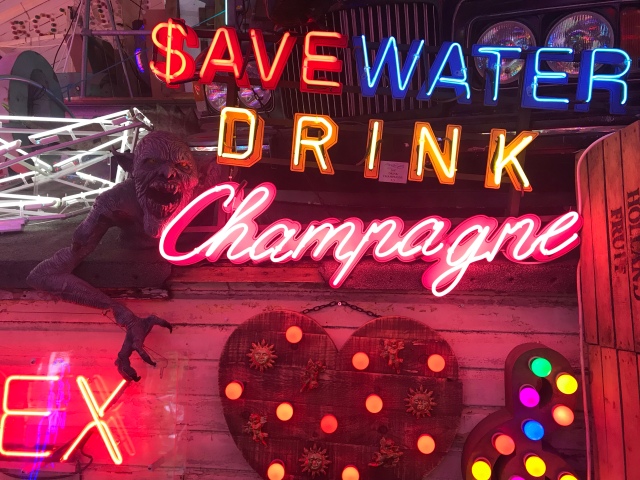 I think I heard someone say all the signs were for sale!

When I win the lottery I will come back.

There was also a craft brewer and a gin place next door. If you have time and you’re in east London on a weekend I highly recommend making the trip and trying the apple pie, which I feel goes well with something as all-American as neon.

2 thoughts on “Eltham Palace, a Medieval Festival and NEON!”