On our second full day in Lyon we joined a free walking tour. It started with a look at one of the more well known boulangeries in the old town.

Many of the pastries that Lyon is known for are nut-based, like the slice of tart below. 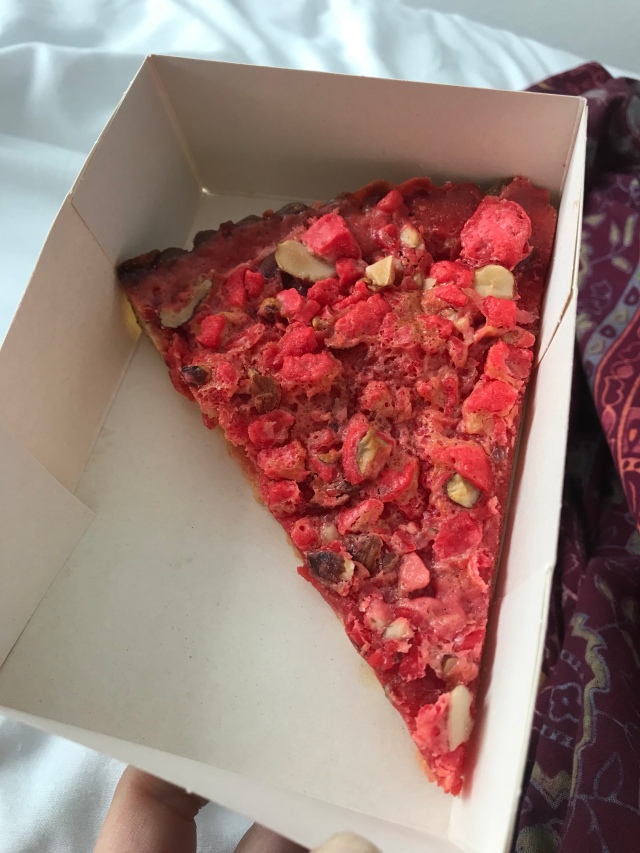 Next we walked through some of the treboules, private laneways that cut under buildings and between city blocks. Originally created to let people reach the river more directly, these alleys were vital to the Resistance during the war.

They’re kind of hard to photograph but they often opened up into tiny courtyards or atriums where ancient stairs and passages could be seen.

We heard about the history of the city, from ancient times to now and looked at another of the huge murals. I couldn’t find a map anywhere online but our guide had an old one that I photographed in case any reader wants to see more of them.

We walked past an Irish pub and later Luke and I went back to have a croque monsieur each. The only other food the pub served was fish and chips and the bar tender talked and sang loudly to himself almost the whole time we were there. Appropriately mad, I suppose.

We probably saw and did a lot more on this day but I’ve left the writing-up for a week and now I’ve forgotten what else happened.

After a last meal out that evening we packed up our things ready to move on to our next stop – Nice!