I have been to so many museums in the last week or two that I hardly know where to begin. I had no idea London had so many and I didn’t even make it to all the ones I wanted to go to – I haven’t yet been to the Garden Museum and I saw a poster for a Goscinny and Uderzo (who created Astrix and Obelix) exhibition at the Jewish Museum and I didn’t make it to the Geology Museum or the Foundling Museum either.

I’ve already written about the London Museum and the Natural History Museum (both worthwhile and both free entry) so here are the others.

The WC (an unfortunate abbreviation) is an excellent collection in an outstanding building and, if you like design, worth a visit for the wallpaper alone. Check these rooms out! 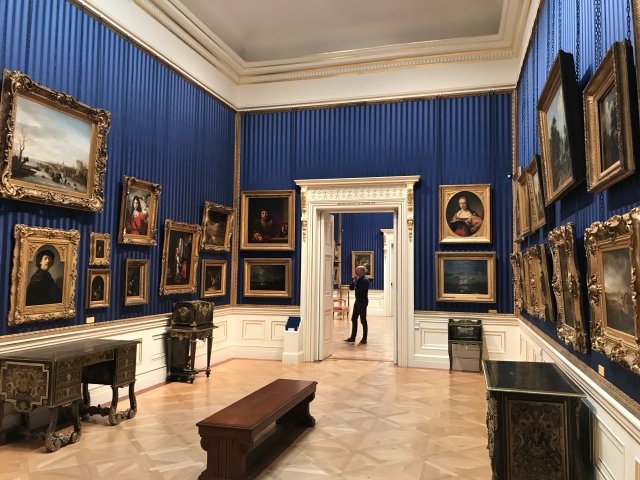 It is home to some very famous artworks, my favourite was The Swing. When I was little we had one large book in our house on the history of art and I loved this painting most of all. To come upon it unexpectedly made me very happy.

Although the building isn’t huge it is like a jewellery box, fully of shiny and delightful things.

I could’ve posted a dozen photos but this entry is going to be long enough as is. Just trust me, if you like fine art get to this gallery!

This museum is just over the road from Euston Station and free to enter so if you’re interested in medical history I’d recommend going, just be warned that despite being in a big building the displays aren’t huge, possibly because the Science Museum is about to open a big medical exhibition using items from the WM collection. Either way, the real draw of the Wellcome is the gift shop, which has a fun range of quirky things I haven’t seen elsewhere.

It was kind of gross but interesting. 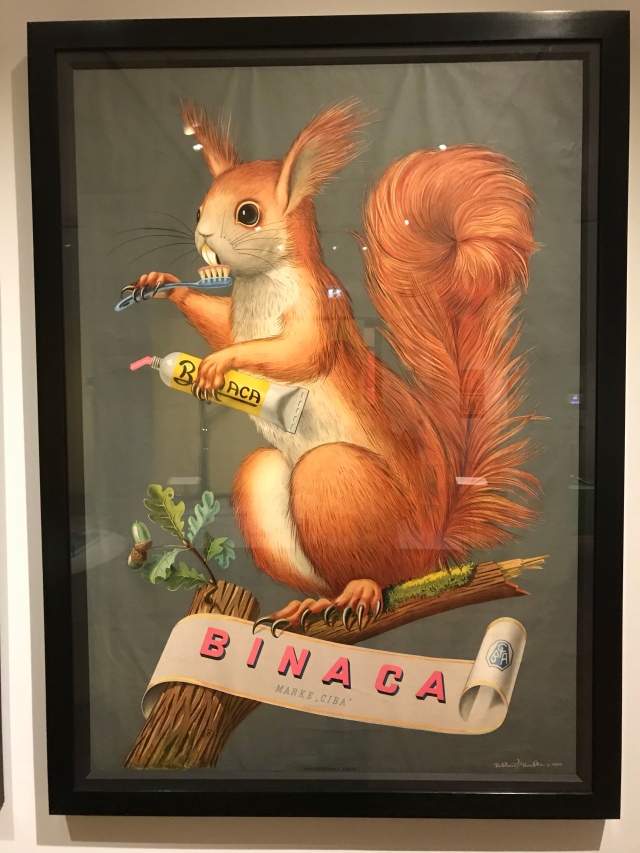 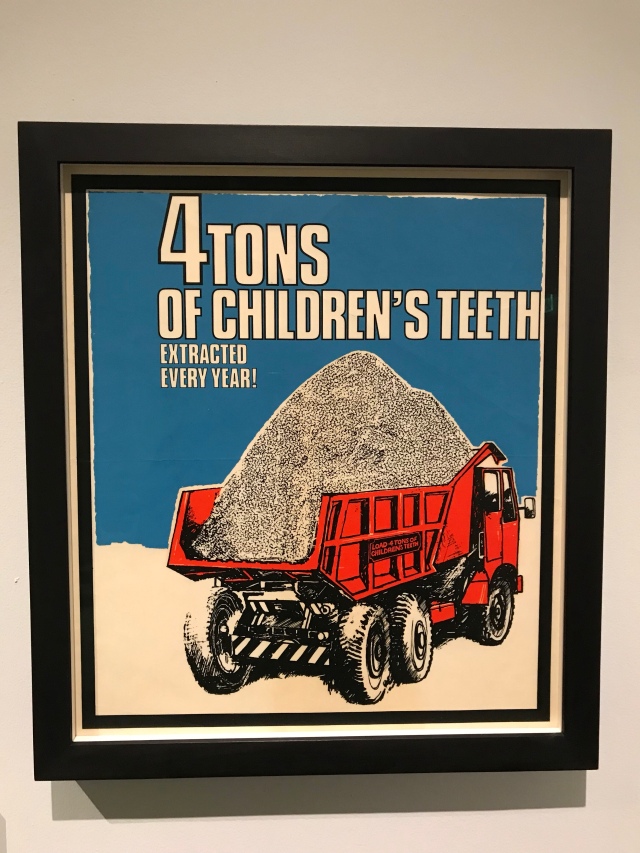 There was also a small display about obesity and an art exhibition. I couldn’t tell you what the theme of it was, but one room had giant pictures of cows wearing artwork woven out of insemination straws. I’m not kidding.

Another room had a display on HIV and gay culture. I liked the wallpaper. The art was mainly messy paintings that didn’t really appeal to me. 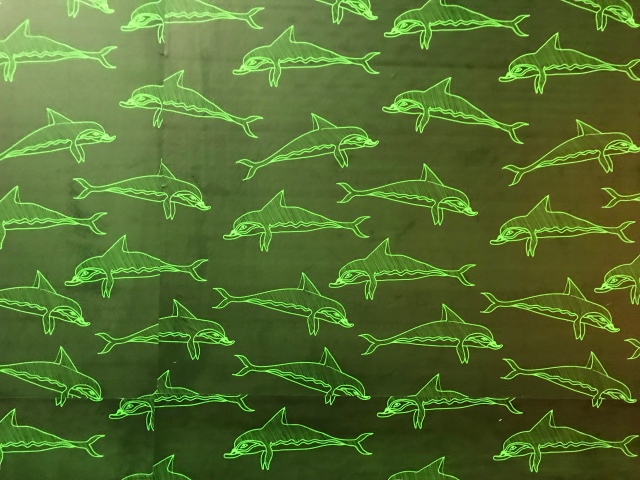 If I had to pick two themes of my photography in the last fortnight I’d go with stairwells and wallpaper, which is not what I would’ve expected on arriving in London, but there you go.

The last Wellcome exhibition piece was a group of films by a woman who learned to free-dive and each film was a single dive. It was very atmospheric and doesn’t translate well to photography but if you’re reading this and in London, it might be up your alley. I liked it but it felt quite claustrophobic after a while. 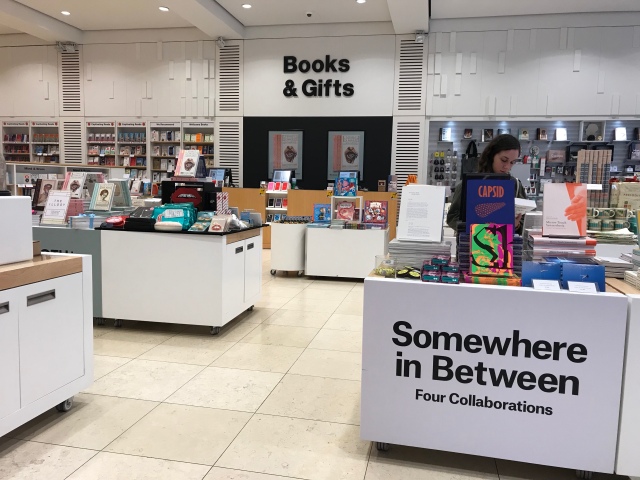 I’m doing these all out of order – the BM was the second last museum I visited. Another great piece of architecture but it didn’t take me long to wander through and recall why I didn’t spend long here when I visited last time. I love ancient history but I have almost zero interest in sculpture or historical relics. I read through the displays in the Alexander room and that was about it.

Going to all these museums has really made me think about what interests me and what is worth my time. Admittedly I’ve had heaps of time in London thanks to my hay fever but if I only had a few days I’d think really hard about what I wanted to see because there is an almost endless variety.

The Victoria and Albert Museum (um… everything?)

I was a bit blurgh on the day I went to the V&A and the thing I liked best was putting my feet in the pool. The V&A is a weird museum, it has a bit of everything and I think I would’ve had a better visit if I’d researched and gone to see a specific thing. I did admire the William Morris dining room but otherwise I wasn’t terribly inspired. I’d certainly give it another go when I felt a bit more energetic.

I wandered in here on the same day I did the V&A and therefore wasn’t probably in the best frame of mind. However I can see the SM would be an amazing place to take kids and there’s something there for almost anyone.

I didn’t even take many photos in the SM. it was certainly deserving of more attention than I gave it.

Tate Britain (art through history, excepting whatever goes into the Tate Modern I suppose).

This was the first place I visited on this trip and I loved it. LOVED IT. I love fine art and the TB (another bad acronym) has a large Pre-Raphaelite collection. It was like a ‘greatest hits’ parade of romantic paintings. 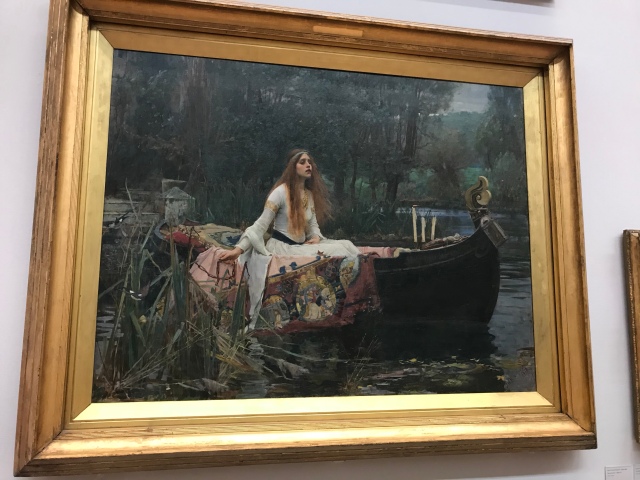 There were lots of people sketching artworks and it made the gallery feel very lived-in… if that makes sense.

The thing that tickled me most in the TB was the entry hall installation. The artist had covered the entry in tiles… 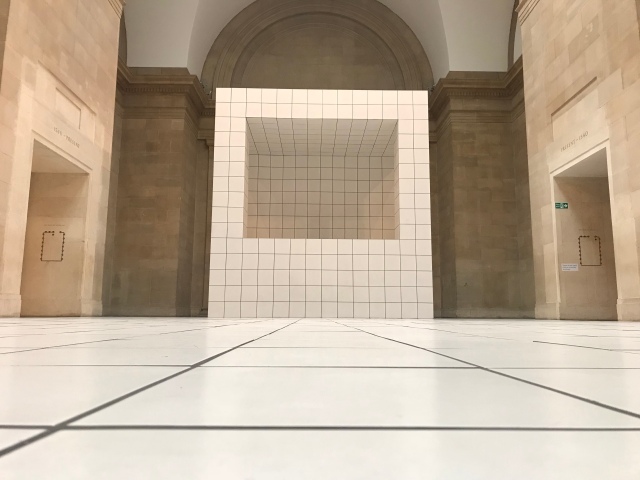 And scattered sculptures around but also had a person dressed as a squash lounging around, just stretching and wandering.

Watching people watching this person-vegetable was terrific. People smiled, made eye contact with strangers, wondered out loud what it could possibly mean.

The TB, while not as outrageously fabulous as the Natural History Museum, had its own architectural beauty.

The JSM is an unusual museum on several levels – literal and metaphorical. It is the collection of one man and displayed in his house. John Soane was an architect and I wish I’d learned a bit more about him before going to his house because there aren’t labels on anything, to help preserve the feel of the experience. Photography is not allowed in the building, however I did take this sneaky shot in the toilets.

There were a lot of staff around who were happy to explain things but I wasn’t feeling talkative that day. Plus most of the collection is sculpture so not entirely my thing. The house itself was quite interesting with much of the original furniture in place.

The very last museum I visited! Almost over the road from the British Museum, the Cartoon Museum is quite small and costs £7 to enter. However if you are interested in cartoons I’d recommend dropping in. 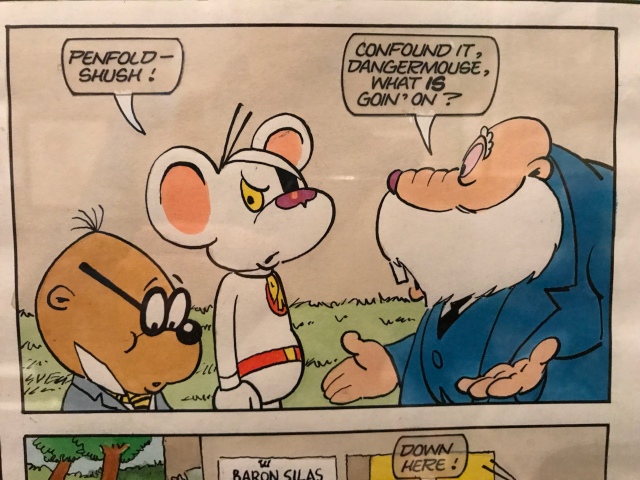 Danger Mouse! One of my childhood favourites.

Some of the displays were familiar, some new. Some were one page of a book or series, some were one-off pieces.

More like an Australian art gallery than any of the others, the SG has big white rooms and big artworks. When I went there were four or five exhibitions. I particularly liked one by a collage artist who did huge works on photographed backgrounds. 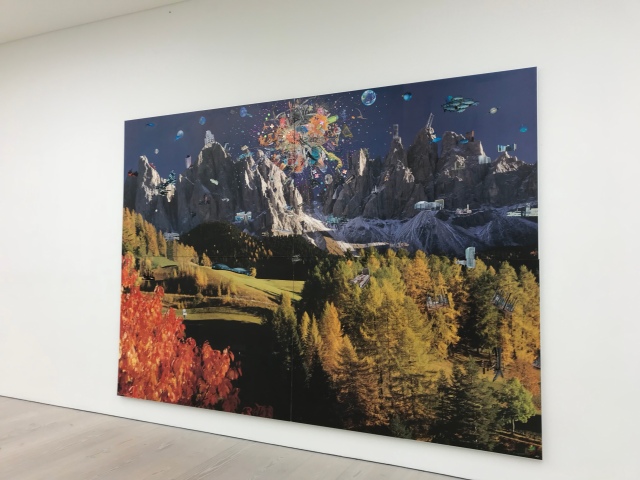 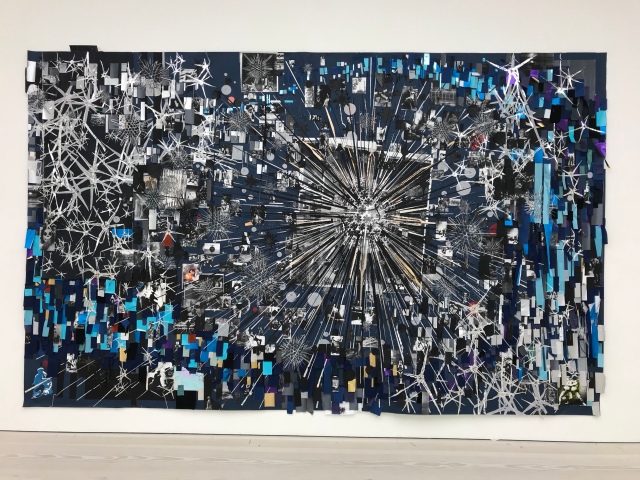 So my advice, if you want to see museums and galleries in London, is to do some research and think about what you like. Don’t waste time on a big name if you don’t actually like that style or period – for example I think the Tate Modern is outstanding, but don’t go unless you like modern art or you’ll waste half a day and walk five kilometres around the gallery for nothing. I’ve learned not to bother with miles of rooms of statues.

I enjoy variety when I travel and I think I’ve had my fill of high culture for now – the next week is all about visiting family, Luke arriving (yay!) and then back to Andrew’s and a visit to Luke’s family before Lauren arrives and we’re off to sun ourselves on Croatian beaches.

But first I need to finish writing up what I’ve done in London. I hope you didn’t think this was it!