Luke signed us up for a ‘Secret Cottage’ tour of the Cotswolds and so we arrived at Oxford station ready to catch a train to meet our group, only to find that, for the second time in a week, someone had been hit by a train and thrown the network into disarray. After hanging about for a bit a delayed train was rerouted and we jumped on and actually got to the meeting point a bit early.

We were met by two black vans and two drivers – ours was a local man named Jeremy who turned out to be an almost inexhaustible font of knowledge with a perfect BBC accent. He was the first (and probably the last) person I will ever hear using ‘one’ as an entirely unselfconscious personal pronoun.

Along with two girls from California who had arrived by the same train, we jumped in and were driven to a tiny village called Chastleton. There we admired a Jacobean manor which, up until quite recently, housed a lady who own 21 cats. Apparently the smell was quite something.

We also had a look in the church next door before heading around the corner to the ‘secret cottage’. The family who organise the tours live in the cottage and provide morning tea, lunch and afternoon tea throughout the day. Before eating we had a tour of the cottage.

Those mushroom shaped objects are ‘straddle stones’ used to elevate storage sheds so mice and rats couldn’t climb up.

It was originally three living spaces with families of up to 15 in each two room space. One room downstairs and one upstairs, reachable by a ladder. In winter the family pig and chickens would live inside too. These days it’s much nicer, with just four people living in the cottage rather than 45!

Morning tea was a delicious selection of biscuits and cakes.

On each excursion out we visited different villages in the Cotswolds and admired many thatched cottages and learned a great deal from Jeremy about the area’s history, geography, language, animals and social goings-on. For example, did you know that Patrick Stewart lives in the Cotswolds and writes many peeved letters to his local council about the shooting range near his property?

We visited Upper and Lower Slaughter – two gorgeous villages with rather dramatic names. However ‘slaugh’ meant ‘marsh’ in an old language, which makes it all less sinister. One of the villages is one of Britain’s ‘doubly thankful’ villages. This means that not one person was killed in either world war. Jeremy explained that the wars had quite devastating effects on some villages as all the young men would want to join the same regiment and so, if that regiment was in serious action, they could lose a generation in one blow.

We learned that while thatched roofs may be beautiful, they are also expensive. They cost about forty thousand pounds to restore (for a medium sized cottage) and a thatch last about 50 years. Some thatchers make signature animals along the roof line – often birds but sometimes cats, dogs and foxes.

The name ‘Cotswolds’ come from ‘cot’ meaning a fenced or enclosed space (from all the sheep pens) and ‘wold’ meaning ‘hills’. 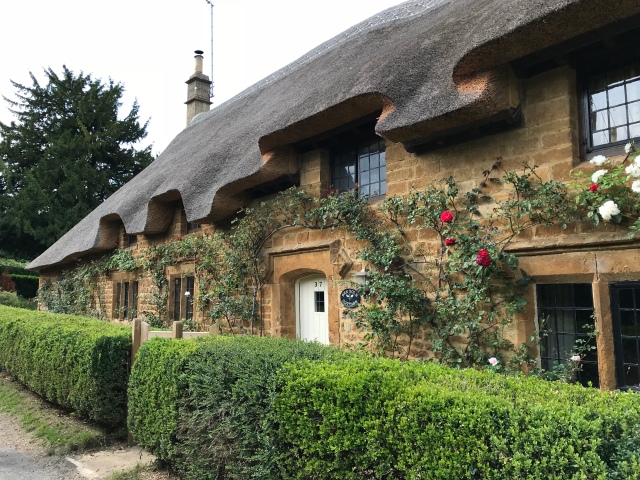 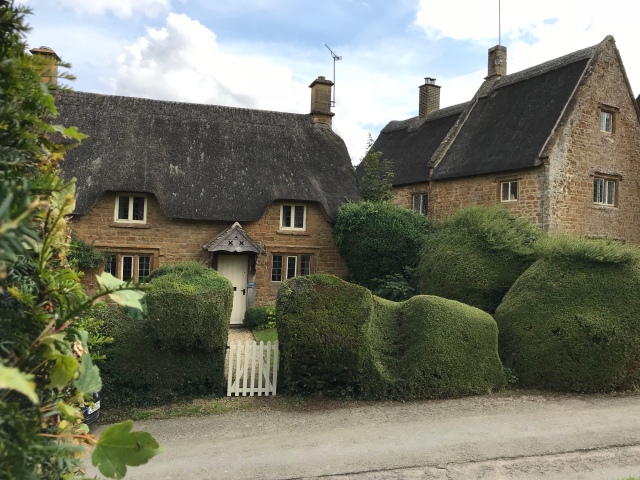 We saw a village named Great Tew that had been abandoned last century then revitalised when an heir to the estate had been found. It was a beautiful village filled with gorgeous buildings. 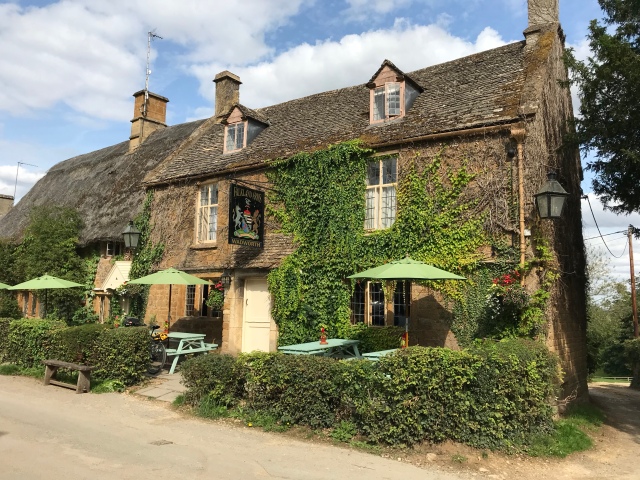 And a very cute pub!

Jeremy had worked as a geologist and as we walked through the village he found a brachiopod fossil!

It doesn’t look like much here but I could tell it was a shell, I promise!

He also had a little wallet of things he’d found while walking around the area, including a Roman coin. It’s the tiny blackened one. 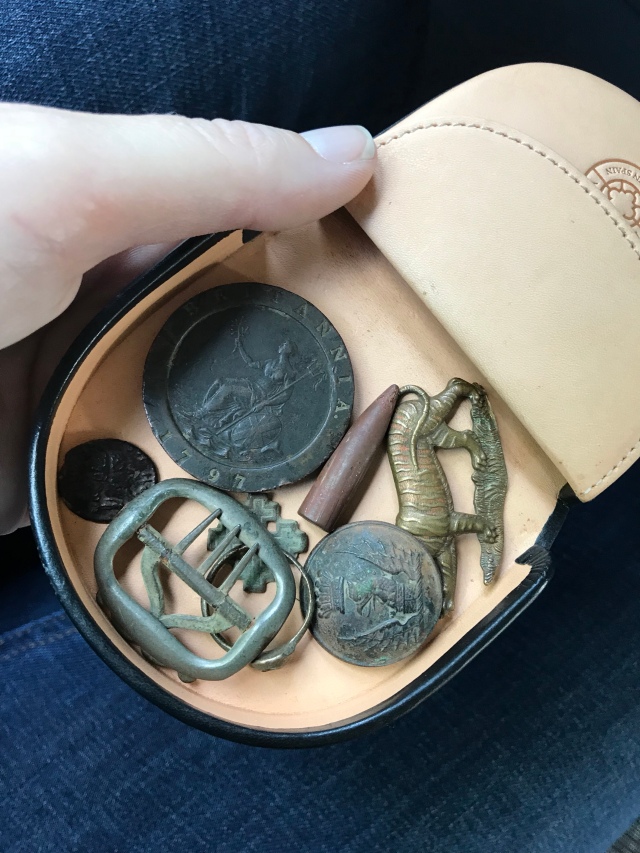 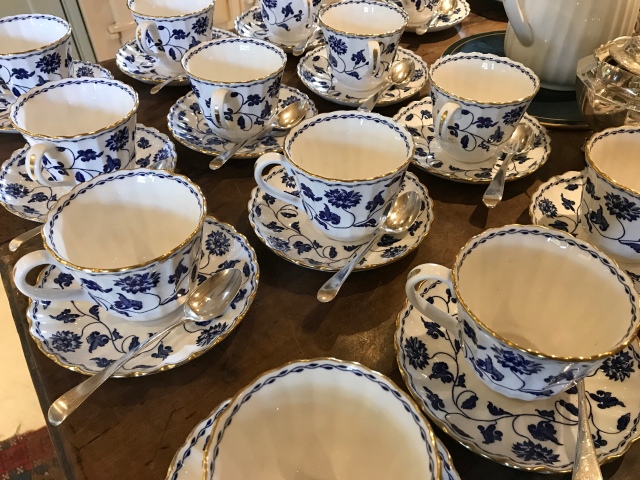 It was a lovely day. Not cheap, at £95, but it didn’t feel at all rushed and we had a very nice group of people to chat to, in fact four others from our group caught the same train back towards Oxford so we chatted the whole way. Lovely!