We caught a 5pm train from Edinburgh to York, which only takes about two hours, and arrived just as it was getting dark. I’d booked us a three person room at a place that was surprisingly cheap given how fancy the photos looked. 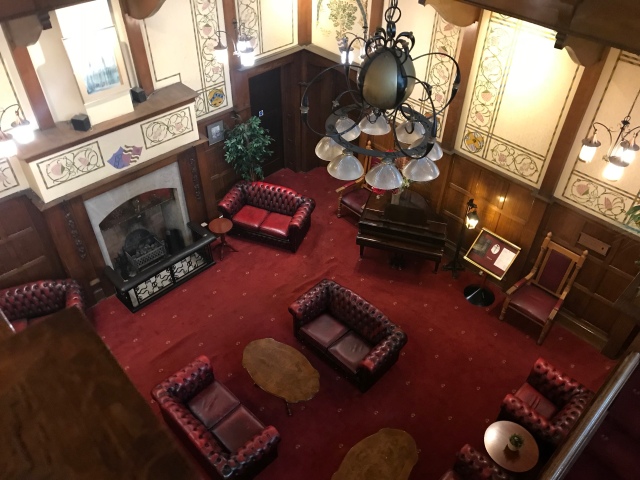 We soon found out why. Apart from our room being somewhat cramped and pokey, the floors out-creaked any nightingale floor I could imagine any ancient Chinese palace architect considering necessary. The whole place had a kind of shabby air but without the Fawlty Towers-ness that would’ve made it memorable. So when in York, avoid the Elmbank Hotel! Unless you’re on your own in which case creaky floors won’t be so much of an issue.

The following day we had to pick up our hire car but first we had time for a walk around York. First breakfast in a very cute and very old little tower by the river.

Apparently the building was first used as a place where dead bodies were hauled out of the river. This raised a lot of questions when I thought about it later.

Next was a bit of window shopping and actual shopping. This show shop was shut but it was amazing! 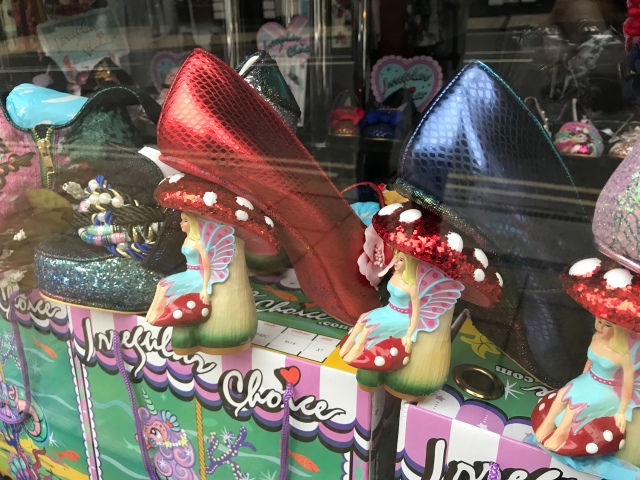 York is a university town so there was a plethora of hipster cafes and whatnot. York also has a famous cathedral and an area called The Shambles. Another one of those ‘Harry Potter inspiration’ stops. The Shambles and Diagon Alley look very similar. 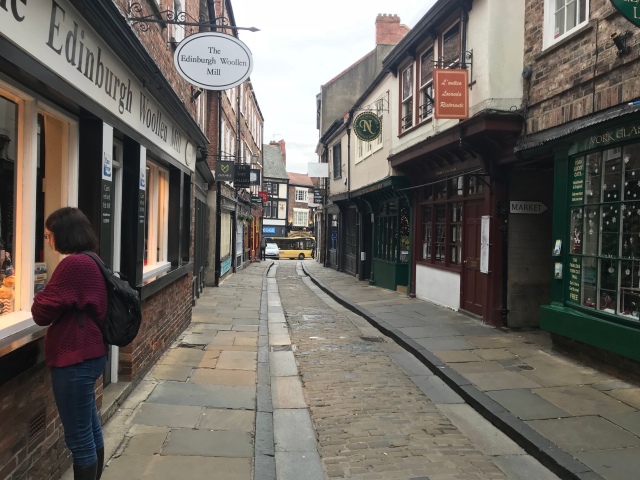 We went early to get uncrowded photos. By lunchtime on Saturday there was barely room to move.

Jess had the more traditional version.

A few last photos of York!

A yorkie in York!

A pretty mural in the hipster part of town . 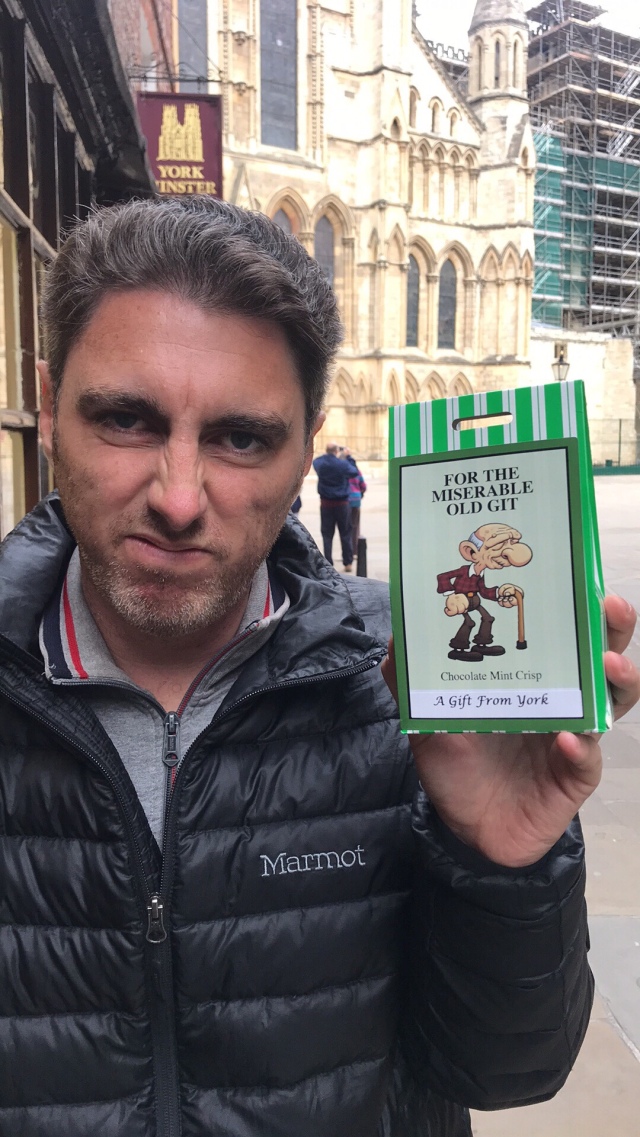 Jess has a homing instinct for tea. 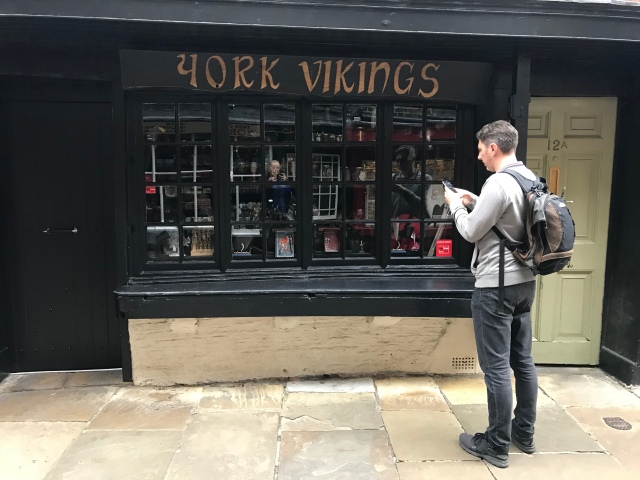 This shop looked cool but didn’t have anything good.

So old and wonky! 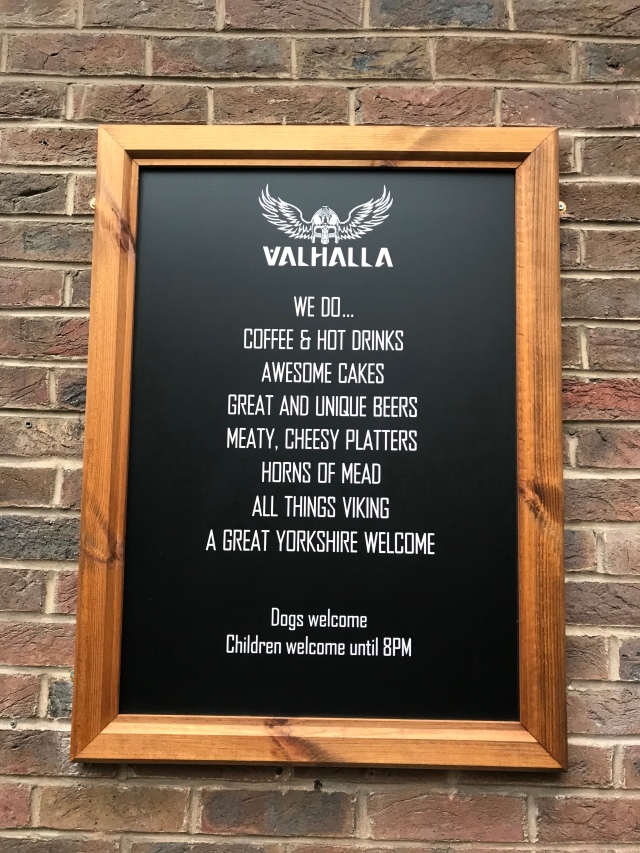 All in all, York is a pretty town with a few interesting bits. I’d been before and gone into Clifford’s tower etc so didn’t feel the need to go again. Next – we visit Harrogate!