Possibly the place on the tour I’d been most keen to visit, Juneau was our first stop on the cruise. 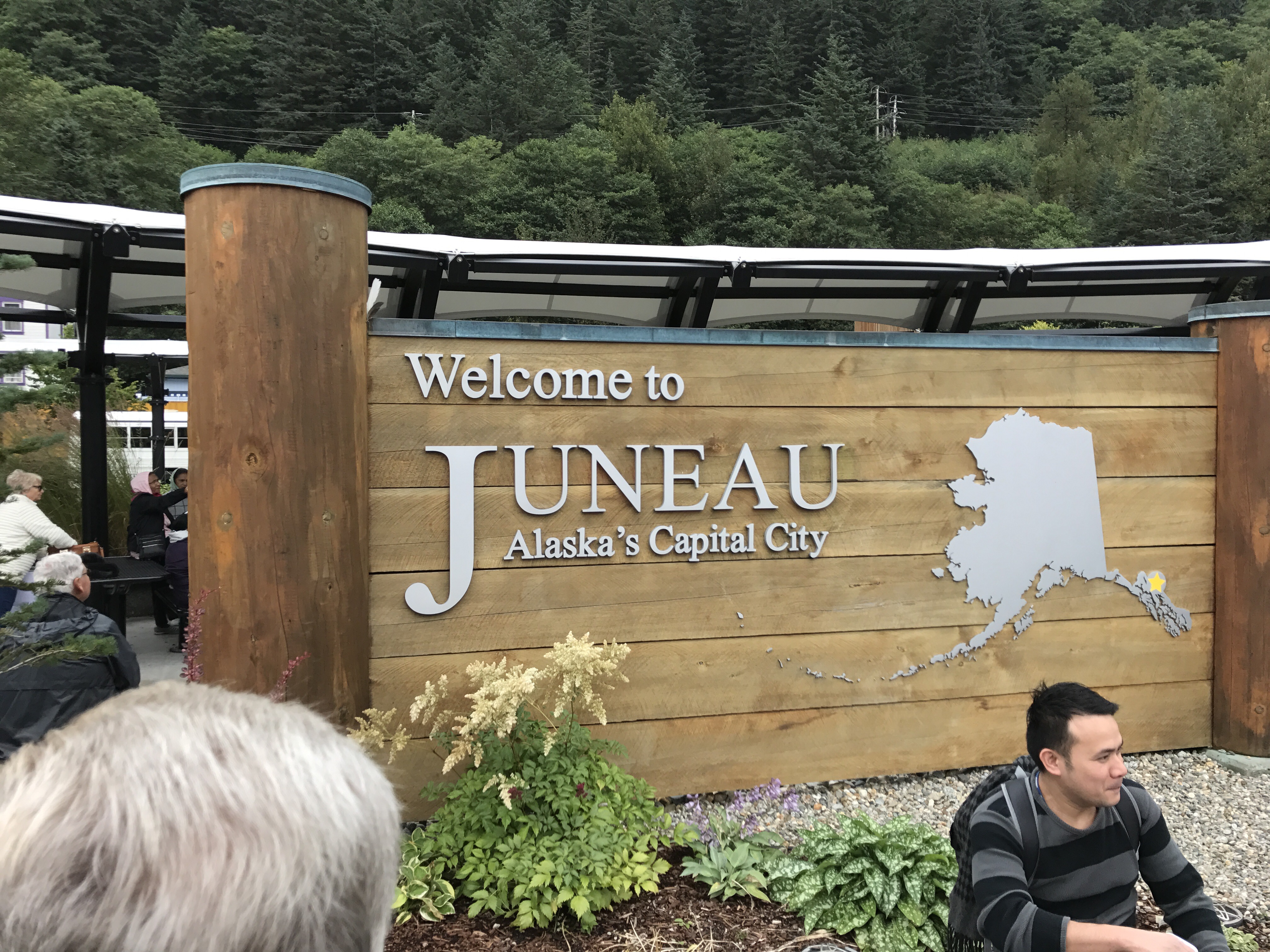 Juneau, despite being the third largest city in Alaska by population (after Anchorage and Fairbanks) with around 33,000, it is the capital of the state. It is also the second largest city in the US by area – bigger than the two smallest states! Its population can rise by as much as eight to ten thousand people during the days when the cruise ships arrive. Despite being one of the horde, I felt sad for the people who live in these towns – it must seem like a daily invasion and I don’t know how they manage to drive through town and not deliberately run down the people who stand in the middle of the road taking photos. No doubt it’s a great boost to the economy, but still. 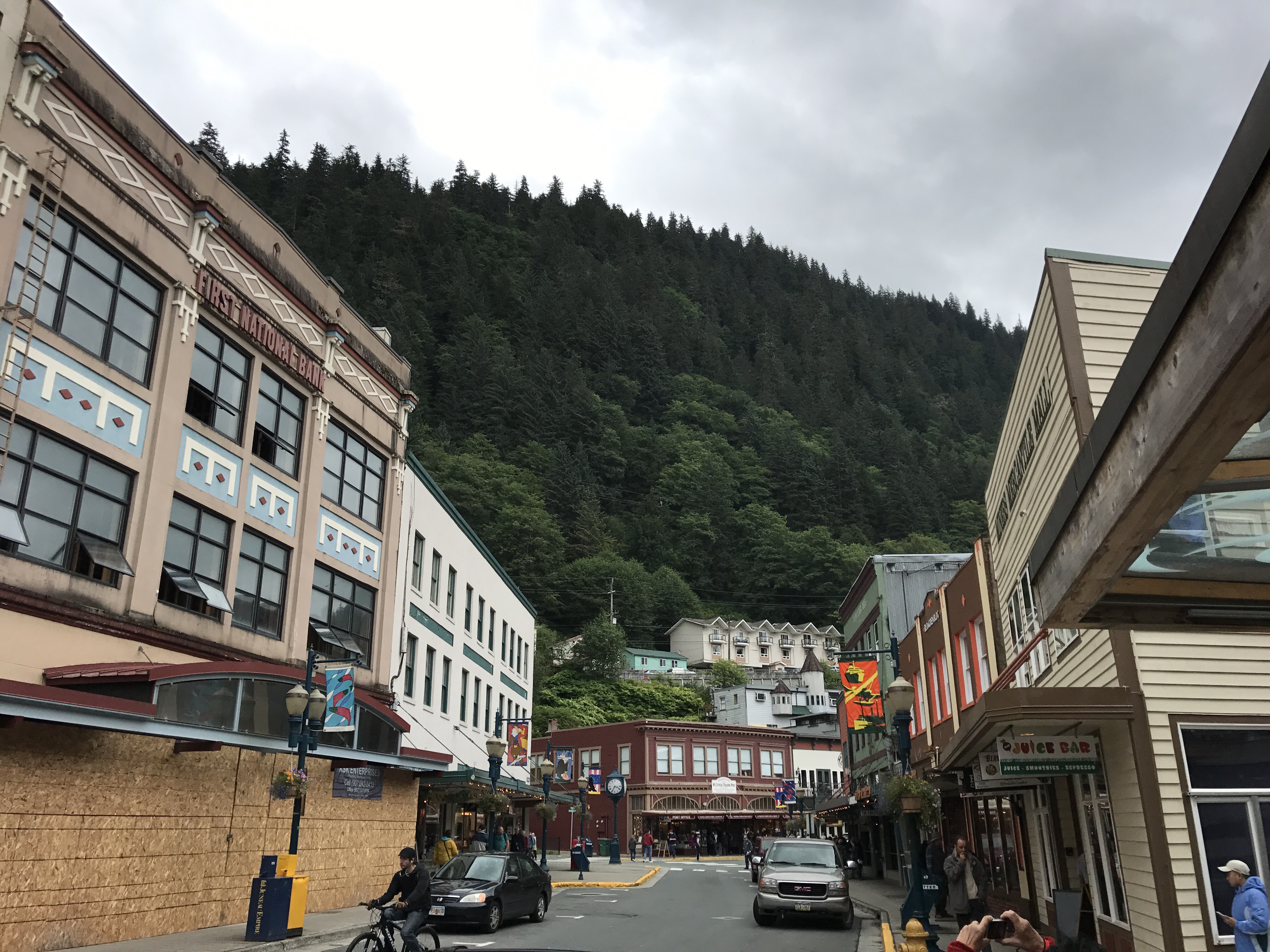 I thought Juneau was beautiful. The day was overcast (which is the usual state of affairs in Alaska) and we joined our tour leader on a quick walking tour of the town. It was nice to get away from the scrum of people in the gift shops on the harbour – most people don’t like to walk up any kind of hill. In fact all of our stops were like this – if you’re not afraid of a bit of a hike you can get some peace and a better sense of what each place is about. 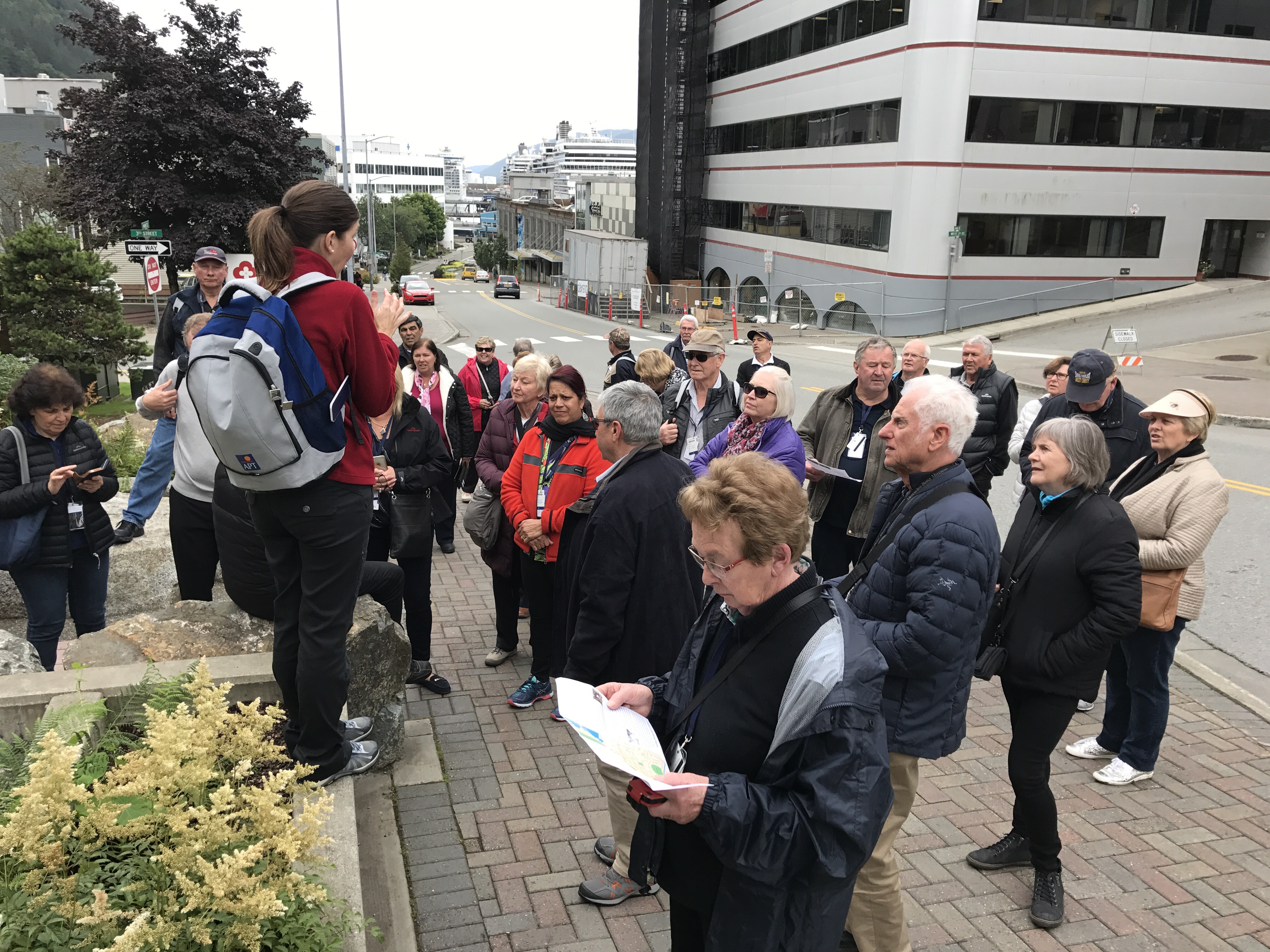 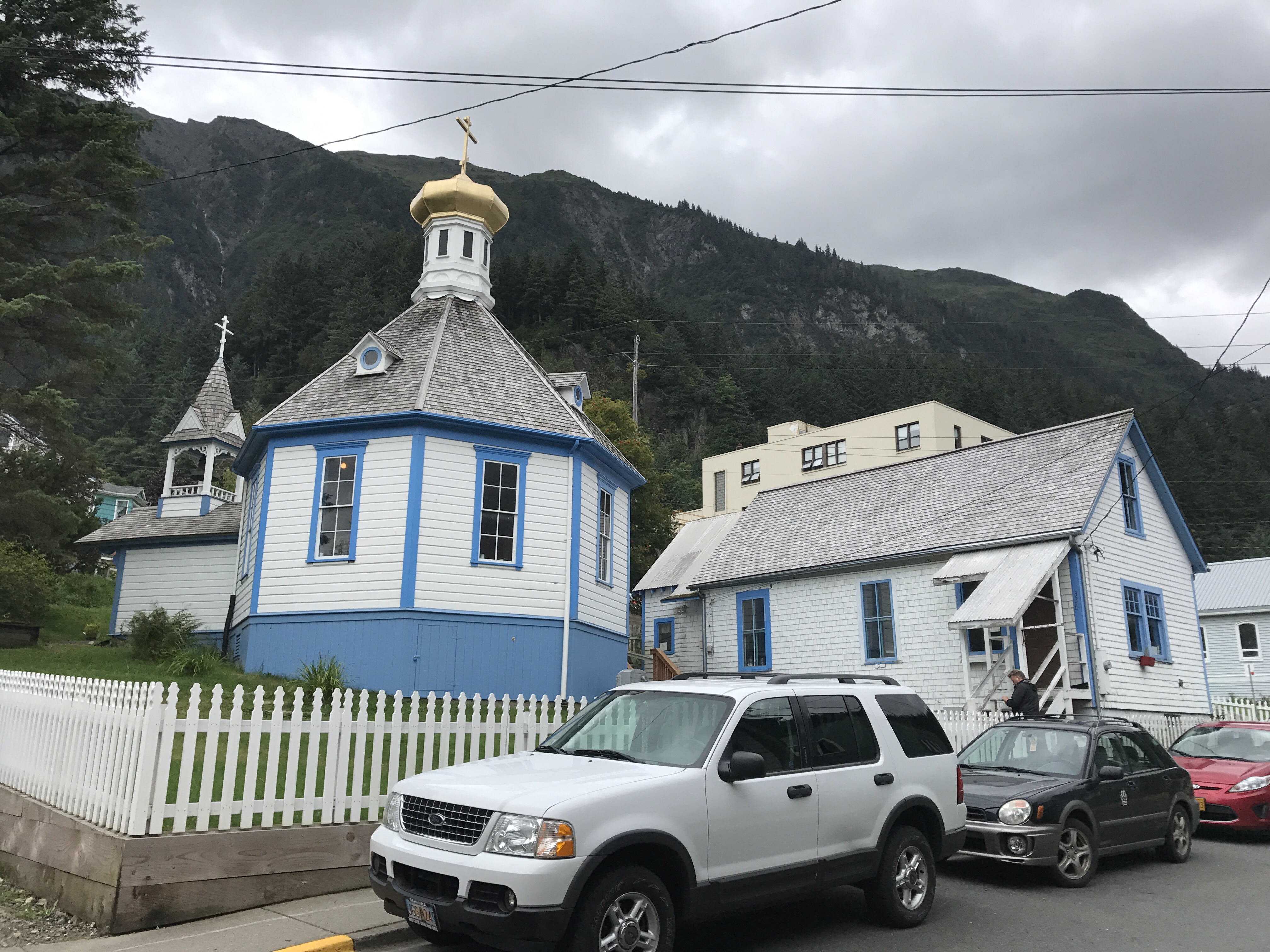 Buildings in Alaska are made almost entirely from wood and in Juneau the town climbs up steeply from the harbour, with steep and charming wooden steps visible between some houses, leading up to the next street. I neglected to take any photos so here’s a couple of little ones I stole from the internet: 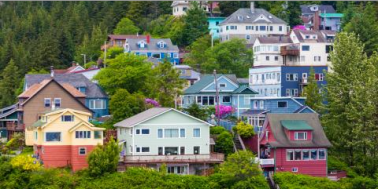 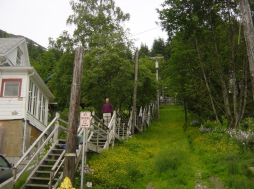 After the walk Mum and I wandered around a bit and I found a fantastic store called  Alaska Robotics. They had a range of art and cards and things that were completely different from the usual tourist rubbish and so I bought Luke a t-shirt with a shrugging squid, and for myself a bunch of cute postcards and a calendar. They also give away a great alternative Juneau map that has stuff on it that you won’t find out about from the cruise ship. The cruise info is mainly about encouraging you to buy jewellery from the places right near the dock. 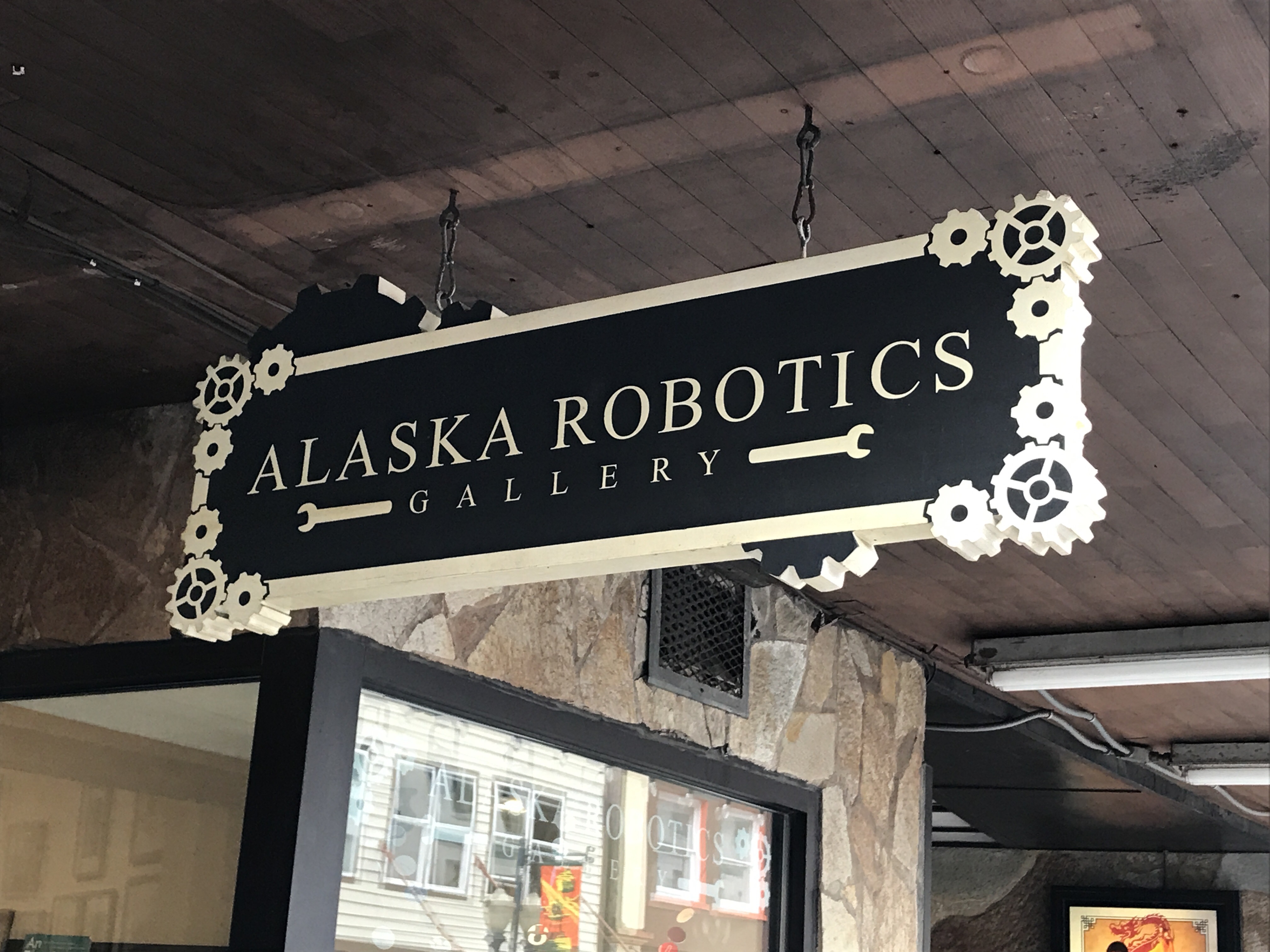 The other place worth mentioning was The Viking Bar, where we later stopped to use the internet and have a drink. 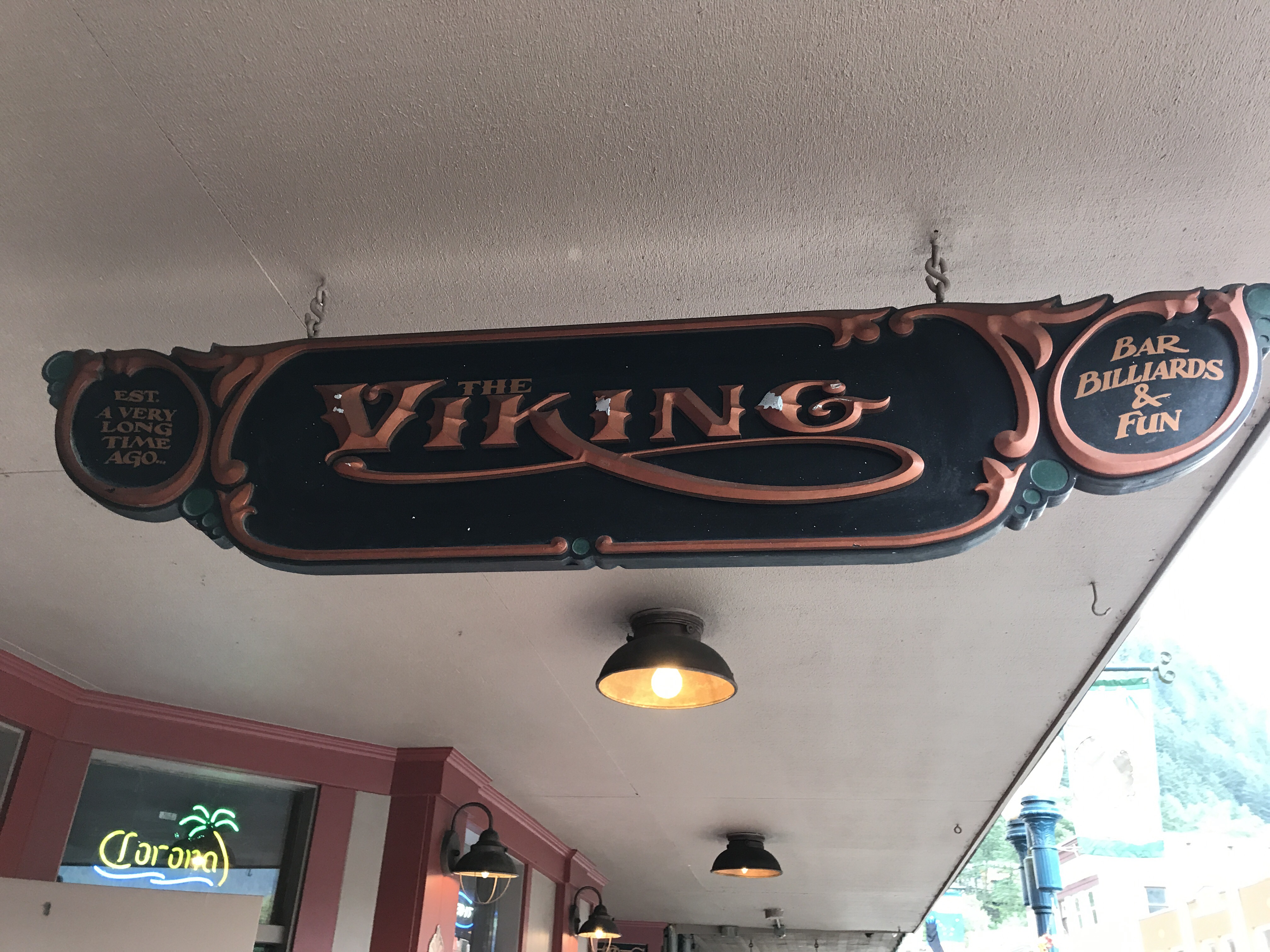 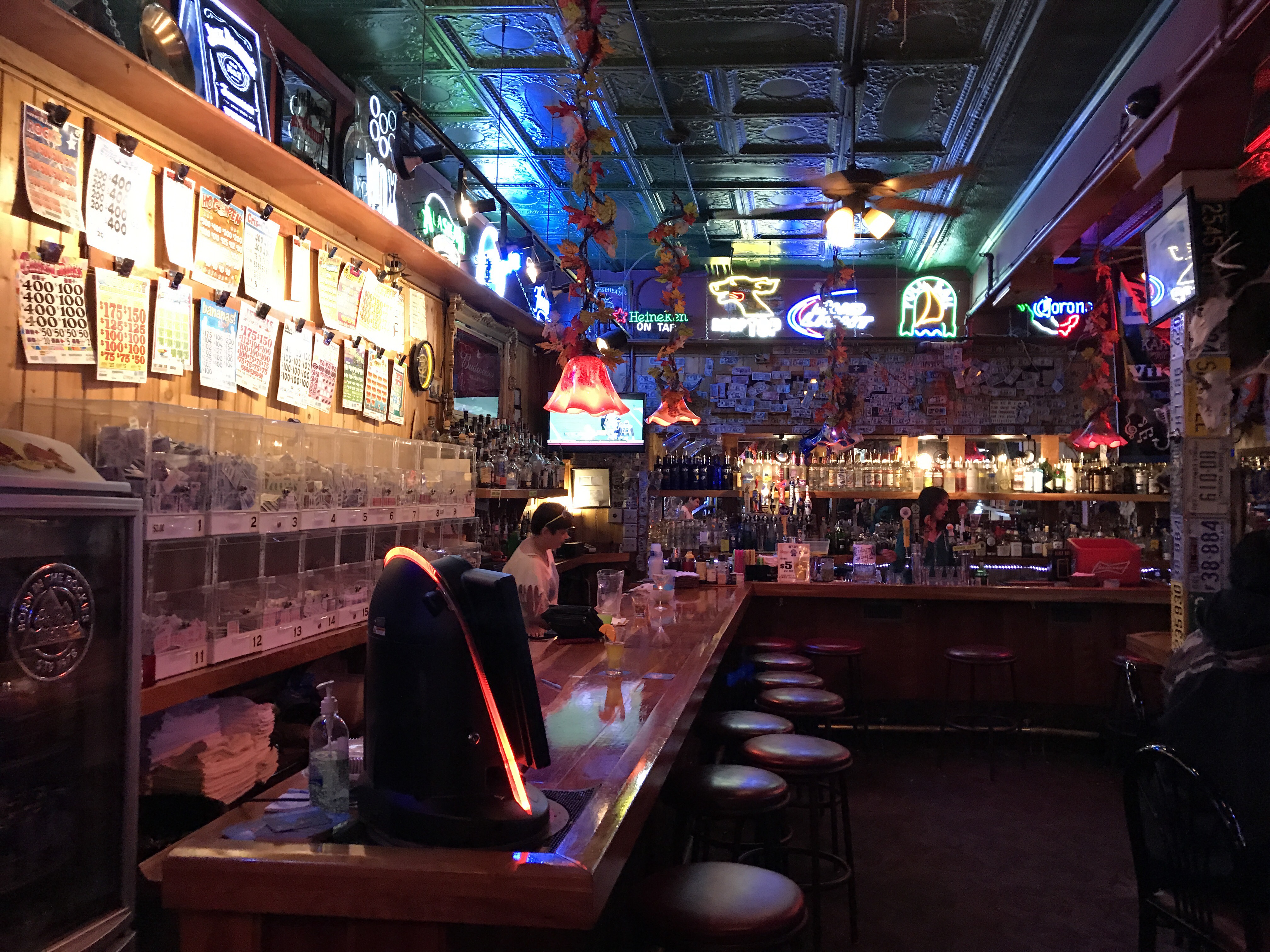 If you’re in Juneau I recommend going in, the place has a great vibe. Lots of neon lights and taxidermied animals, plus cheap drinks and fast wifi. 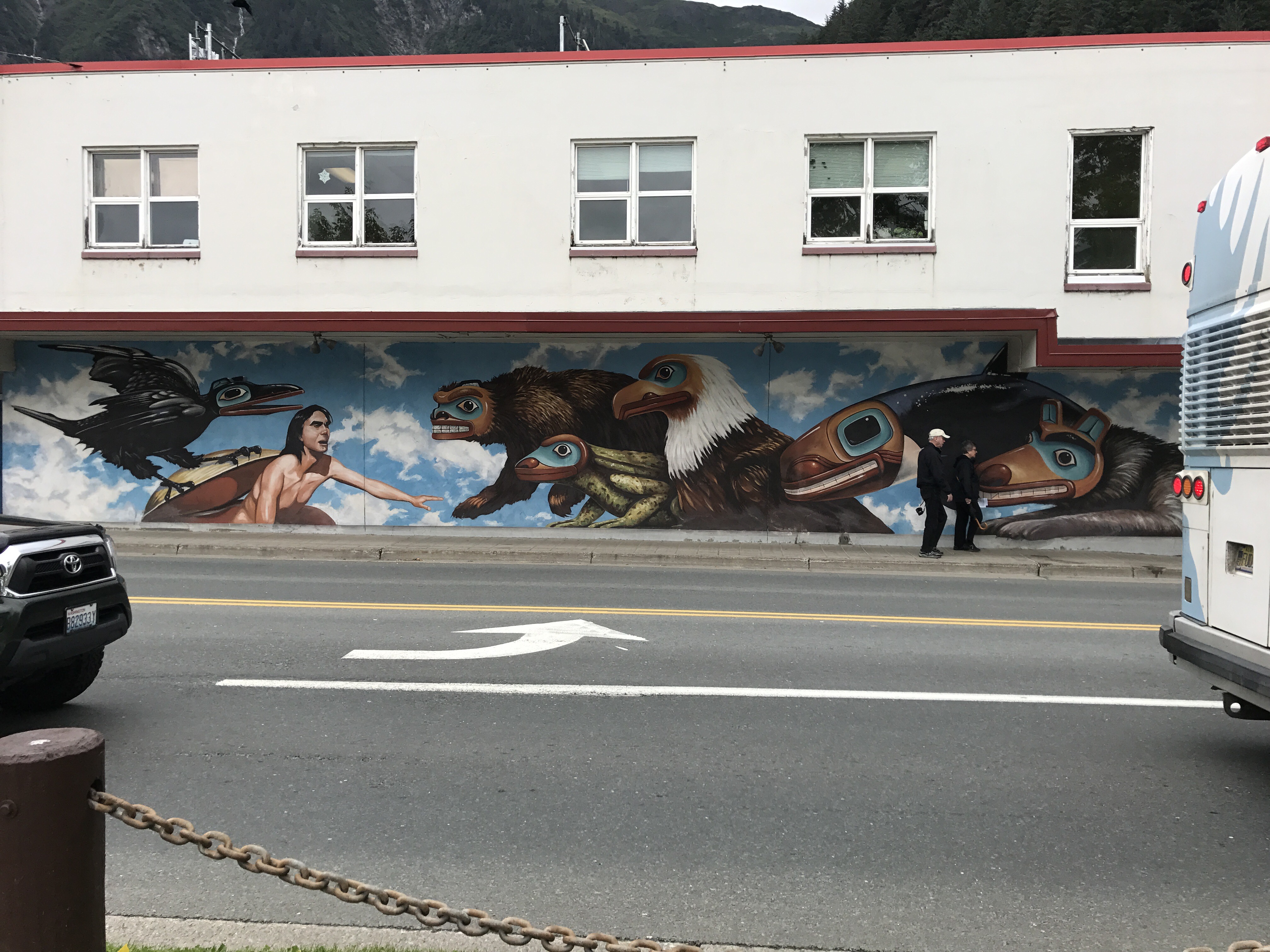 Juneau is great. I am biased because it has loose associations with my all-time favourite tv show, but it just has something about it that’s a lot more real than Skagway, and it’s bigger than Ketchikan so you can get away from the masses more easily. I definitely want to come back!

2 thoughts on “Canada and Alaska: Juneau”