Everyone says travelling alone is good because you can do what you like, when you like, but it also means having no one to bounce ideas off, or get inspiration from and I was kind of missing company after the first ten days.

I ended up staying a few extra nights in Keswick due to friends from Australia happening to be there at the same time, hooray! 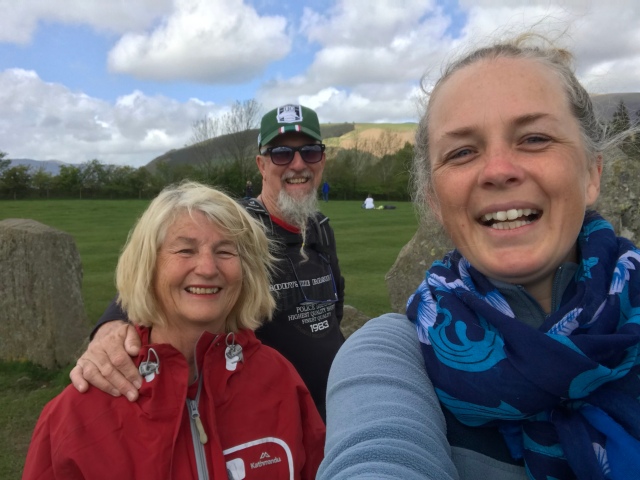 Look at these two larrikins!

Pete and Deb will be familiar faces to anyone who was in, or has been following, the Africa videos that Luke is (FINALLY) finishing and posting now from our trip five years ago. We met Deb and Pete on our Dragoman Tour and have seen them in Melbourne a few times since. They were top value on the trip then (I’m not just saying that because you are reading this, thanks very much Pete) and I had an excellent few days hanging out with them in Keswick.

We had dinner two nights in a row then on the last day we walked to Castlerigg stone circle then did a bit of orienteering around the countryside, looking desperately for scones but finding nothing. I don’t mean we were looking for scones like you’d look for mushrooms btw, I means we were looking for a cafe. We found one that was shut and one that, despite several signs promising cake had not a whit.

Pete looking like a little hiker-gnome having a nap in a field, much to the bemusement of two walkers in the next field.

Over the course of the time we enjoyed dinner at the following three establishments: The Royal Oak, The Dog and Gun, and Wainwrights. The first was the fanciest, the second had the most character and the third had the best steak and ale pie I’ve yet eaten. 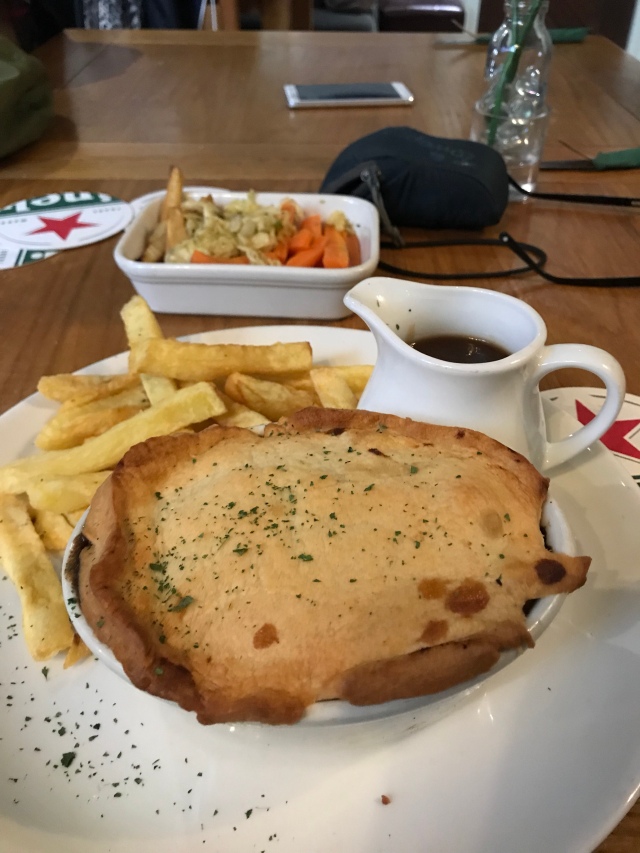 It doesn’t look fancy but it tasted amazing!

What kind of onion do these rings come from??

Even though I’ve spent a lot of time talking to people in the last few weeks it was a real pleasure to talk to people I had shared experiences with and who knew people I knew. 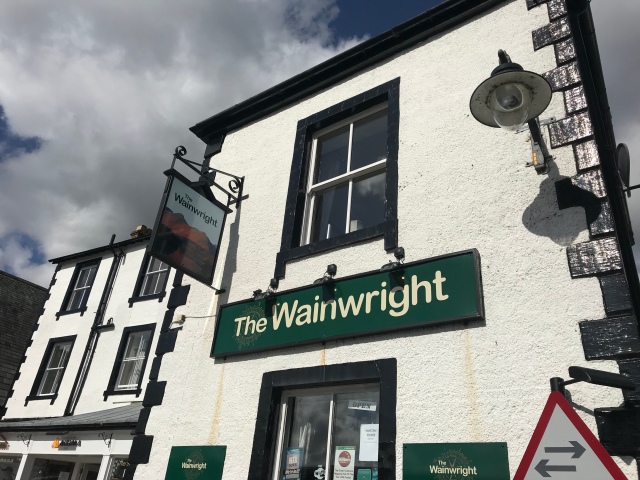 Pete and Deb had come over to do some walking but also to attend the book launch of Steve, our tour guide on the African trip. They planned to surprise Steve so I hadn’t been able to post about seeing them therefore I took a bit of a break from blogging that had absolutely nothing to do with me feeling lazy or starting an excellent new book.

After working in Africa, a few years ago Steve went to lead tours in South America and was involved in a road accident in which people died. He was sent to prison, despite the fact that it had not been his fault – the other vehicle had swerved across the road during the night. He ended up with dreadful injuries and spent months in prison in Ecuador. When he eventually returned to the UK he wrote a book. His website is at http://www.steviewhitesworld.com if anyone is interested in reading more. He also posts stories about the crazy and funny things he has seen as a tour guide around the world.

More (not very) crazy and (almost) funny things that have happened on my travels in the next update!

3 thoughts on “Keswick With Friends”