I’ve not really properly written about much that I’ve done in the last five days that I didn’t do with Deb and Pete, so there’s a lot to write about but I’m also forgetting the details, so don’t panic, this won’t go on for thousands of words. Probably.

My last day in Keswick I geared up to keep going on the Cumbria Way. The forecast had been for strong winds that would be really bad on the peaks but I figured I wouldn’t be on the peaks so I’d be ok. Turned out I was wrong.

Ready to face the elements! Almost.

I skipped the first four km out of town (I’d already walked them on a previous day and it was all uphill) and caught a taxi to the parking area behind Latrigg. I got going fairly quickly after the first kilometre – I always stop and rearrange my straps and anything else that isn’t sitting quite right – then rounded a corner to head up a long, exposed north-south valley. Well, the wind felt like it was going to pick me up and throw me over the edge. I looked along the path, which had a fairly steep drop on one side and mud and running water covering quite a bit of what was flat, and decided to turn back. I am still not sure if I did the right thing, although the winds were later described as ‘gale force’. It would’ve been a miserable day if I’d kept going and I wouldn’t have enjoyed one bit of it. However I saw people walking and on bikes going in the same direction or onto higher paths and I wonder if it would’ve all been so bad. Still, I was by myself with no one to sound an alarm if I did hurt myself so better to play it safe.

On the way back into Keswick, feeling quite defeated, I passed a field where I watched (and videoed – check my Instagram feed ‘zenandtheart‘) two tiny lambs chase a goose around and then the goose chase them back. It went on for a couple of minutes and was completely charming.

I realised, when I got back to Keswick, that I had the key card for my YHA room still in my pocket, so I took that back and decided to head for Windermere, on the basis that it was a reasonable point from which to reach other places.

I caught the wonderful 555 bus that loops around the lakes and is a quite an experience in itself (as was trying to quickly get down from the top floor with my gigantic pack on my back) and on the trip I realised that the Windermere YHA is actually in Troutbeck, which is a little earlier. The YHA is also a good kilometre’s walk uphill from the main road, a generally unpleasant walk along a narrow road with lots of oncoming cars and blackberry canes poking out into the road. There was only one highlight – the sight of this doorway and stairs, which led to a field but had obviously once been part of something much more grand and looked like a tiny snippet of a Game of Thrones set.

The YHA in Troutbeck is a strange building. It is entirely made of cement but has a slightly Art Deco/institutional feel. There’s lots of comfy couches and a decent cooking area and almost right up until the end I really enjoyed my time there. 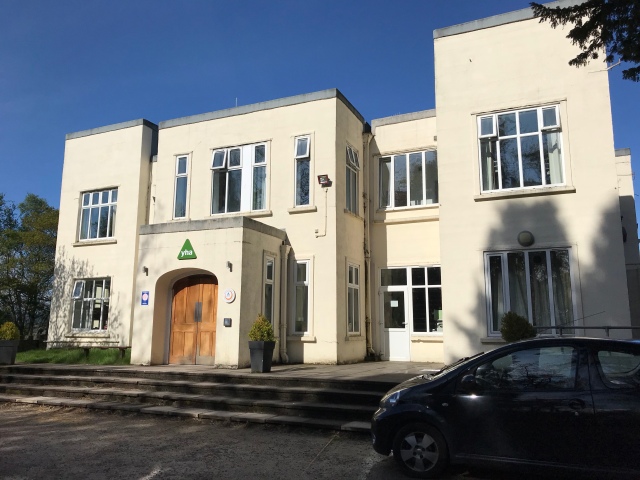 The second to last night made me realise how extraordinarily fortunate I had been in my room mates to date. The first of that evening’s companions was an older lady who was that sort of person who thinks of themselves as ‘no nonsense’ and can’t be in a room without making noise and harrumphing and trying to make eye contact because they are certain you want to know what they are harrumphing at.

I had been lying on my bunk, casually reading, when she came in and immediately leapt up onto the wide windowsills and tried to open all the windows to their full extent “I get so hot you see! My head just boils! It’s a medical condition I have!” (Menopause, I assume) “And these places! You can never open the windows properly because of OH&S! It’s SO HOT,” I gazed bemusedly at this as the weather was about 14 degrees and I commented that, being Australian, I perhaps didn’t feel the ‘heat’ in the same way. Cue ten minutes of her opinions about Australia and Australians (mostly positive) and relating her trips to Australia etc etc. then she started asking me about the light fittings. “When you turn the lights off at night, are these lights green?”

You can imagine my confusion.

“It’s just that, at every hostel I go to, they have these green safety lights! It’s awful! It’s all this OH&S gone mad! The last one was SO BRIGHT! I just couldn’t sleep at all!” I suggested she wear a sleeping mask but of course that wouldn’t work because she moved around too much in her sleep and it would be TOO HOT. Christ. Anyhow, I escaped with my iPad to have dinner downstairs.

The dining area has the most magnificent view.

The other occupants of the room seemed relatively unassuming and appropriately friendly. However one came into the room quite late and turned on her bedside light for over an hour and came and went several times, letting the door slam behind her as she went. Every time the door slammed The Harrumpher loudly cursed to make it clear to the rest of us that Bad Manners were being noted. This was far more annoying and disruptive than the door noise and introduced, to my mind, a note of tension to the room. I put in my ear plugs and covered my eyes but then lady #3 started snoring. The snoring was epic. It was not entirely rhythmic. It was verging on criminal. I think, through my earplugs, I heard the sound of a book being thrown and I did not move, just lay there wishing myself to sleep. It must’ve eventually worked because I woke at 6, all plans of going on a long uphill hike round at least part of the Kentmere Horseshoe quite ruined.

The next afternoon I asked for a new bed or said I was happy to camp – anything to be out of that room once I realised my companions were here again. Fortunately a spare bed was available – in a room ENTIRELY TO MYSELF! So swings and roundabouts, I suppose. 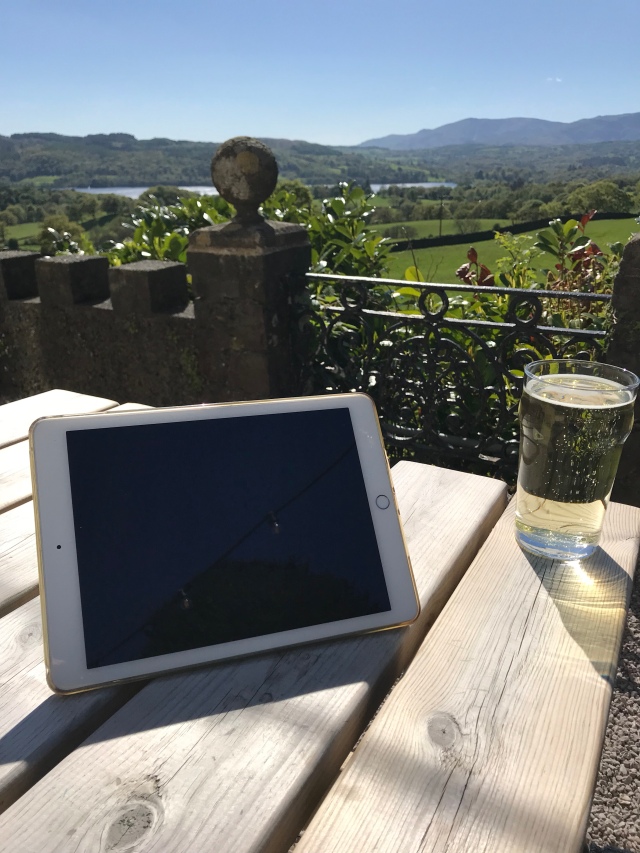 It did make me long for the privacy and convenience of my tent again, so tomorrow I’m off to camp elsewhere and hopefully it’ll be somewhere quiet!

6 thoughts on “The Lake District: Snapshots and a Bit of Moaning”