I set off from the YHA in Troutbeck with a determination to walk at least 15km and picked a trail that headed up the valley then circled around the top and came back. I really need to put more planning and thinking into the walks I improvise because, as I go along, I keep changing my mind about how far I want to go and where. I keep thinking that a highlighter would be useful so I can keep track of which track I meant to stay on. Not that it matters too much, I suppose, as long as I know where I am.

I walked along the valley floor, enjoying the sun and the fact that, despite it being a sunny weekend, I couldn’t see a soul – except high on the ridges of Ill Bell and the other peaks along the Kentmere Horseshoe. I like looking up and seeing the little silhouettes of people trudging along. 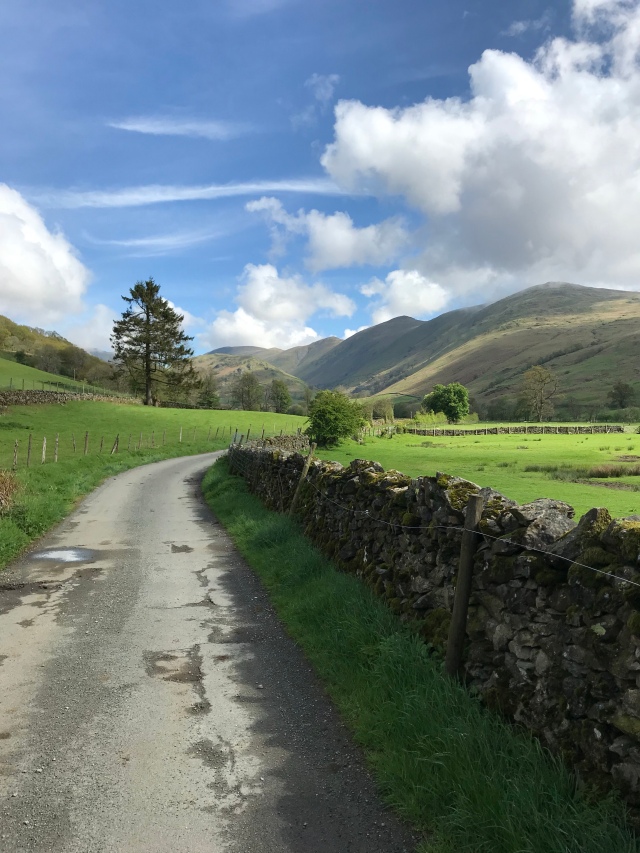 I crossed this rather prehistoric looking bridge and wished the water was warmer. It always looks so clear and inviting! 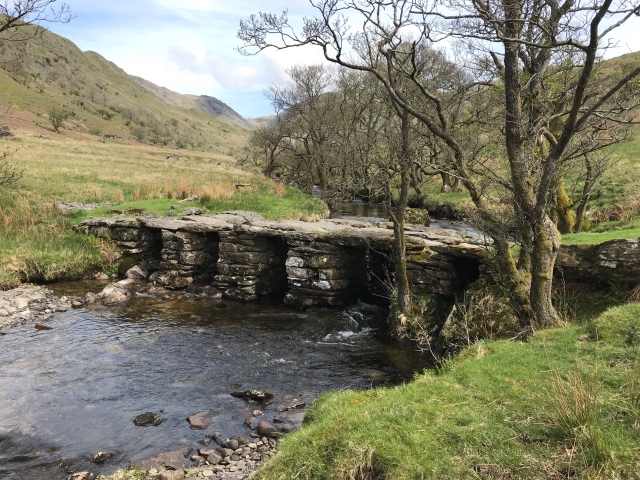 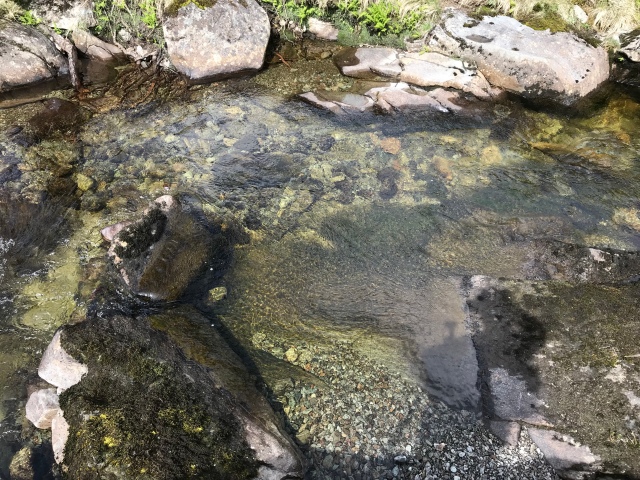 I walked through a farm then the bog began and didn’t really stop for the rest of the walk. I looked at the maps and decided I wanted to climb up and out of the valley. The walls weren’t that steep and I saw that the Kirkstone Inn wasn’t terribly far and I could possibly even make it there for lunch if I was willing to climb a few stone walls and do some navigating. So I did! 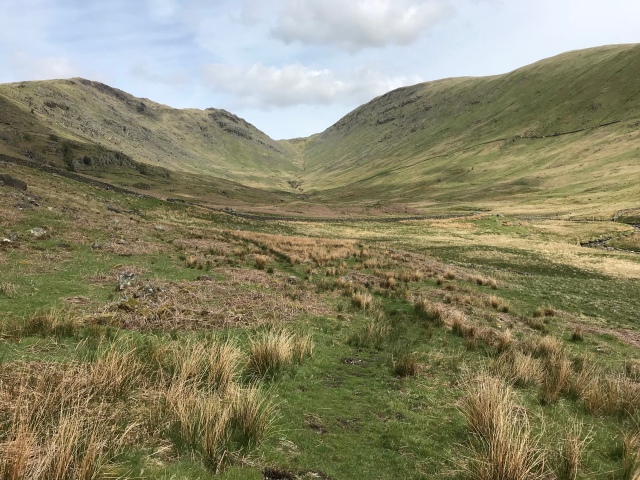 As I climbed up the side I saw a herd of wild deer on a spot very appropriately named Hart’s Crag. See if you can spot them in this appallingly zoomed-in photo. 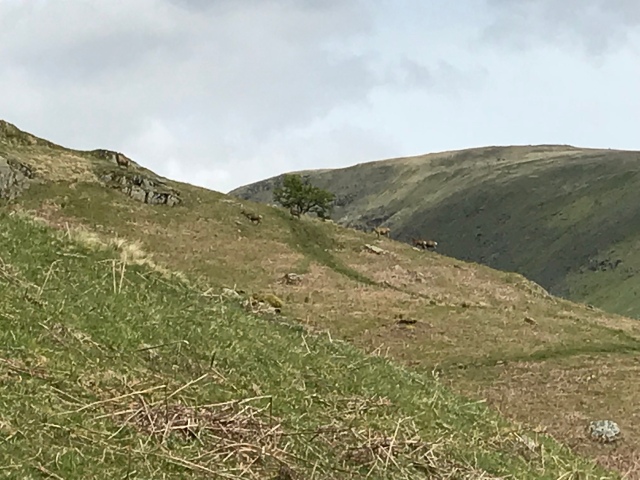 I stopped about ten times on the way up. I don’t think I’ve ever climbed anything so steep! When I got to the top there was a wall to climb, then rocks to negotiate around, then I finally saw another person, walking right where I expected the path to be. He confirmed my location and so I drank the last of my water and headed along the path. 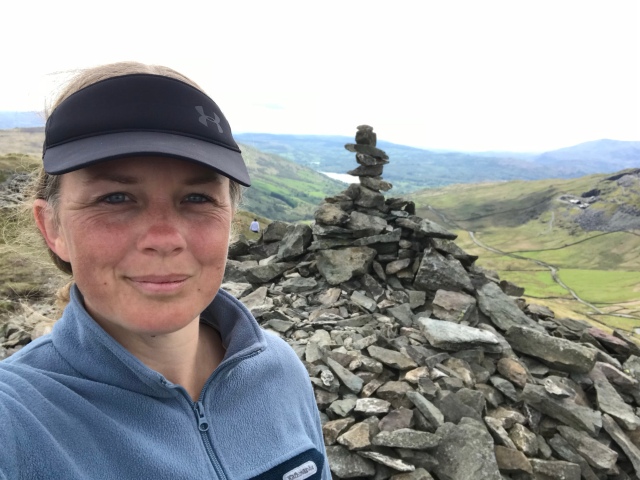 I took my picture at a cairn then headed down to the inn. It was after 3 and I prayed the whole way down that it was still doing food as I hadn’t brought any. 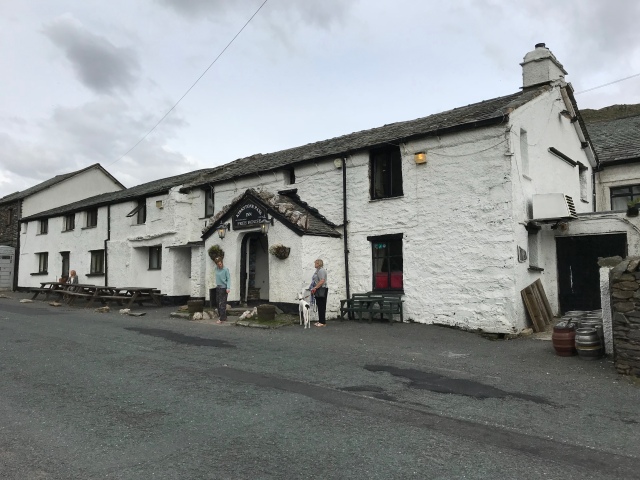 I can’t remember feeling less guilty about eating so many chips. 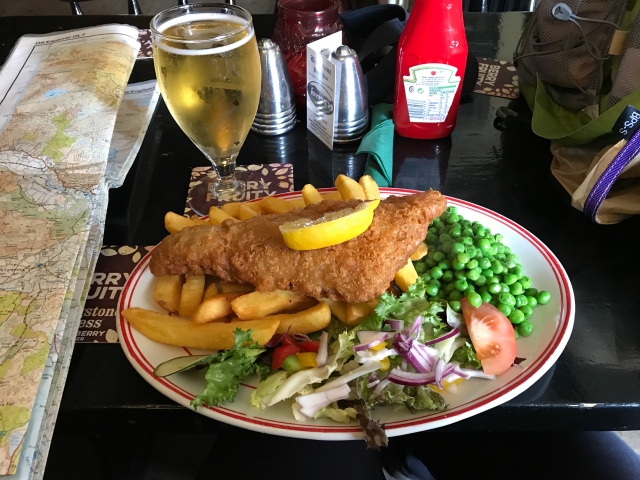 My adventures weren’t over though. I left the inn, thinking I’d walked the four or five kilometres back to Troutbeck by road so I could put the map away. It didn’t take long for me to get sick of the cars whizzing past to look for an alternative. I struck out across a field to climb over the back of Wansfell but it was less a field and more a thinly-disguised pond. My feet were sinking in up to the ankles. I was unimpressed. Still, I waded up the hill and was rewarded with great views that don’t really look like much on screen. Trust me, it was lovely. 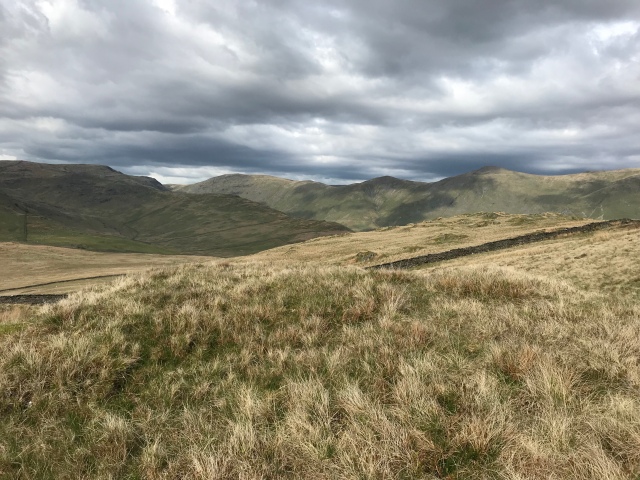 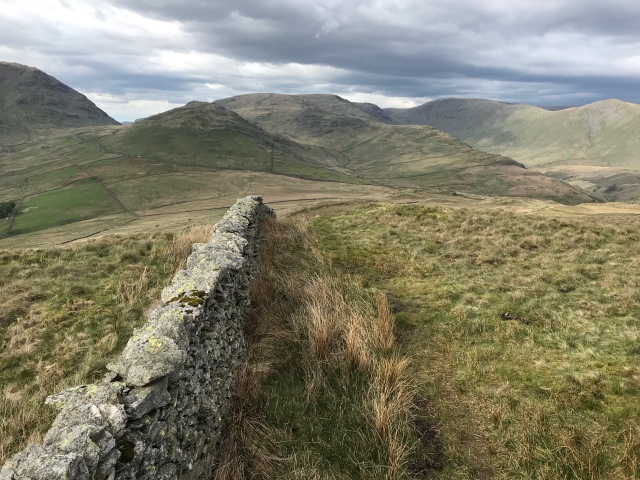 As I neared the hostel I checked my distance walked – 22kms/13 miles. My longest day yet, and most of it up or down. I have no trouble walking much further distances when it’s flat but the hills really kill me. I’m probably getting fitter but it’s such a gradual process that I’ll only really notice when I get home and bound up a walk that is normally challenging. Well, that’s the hope, anyway.

Look at this high-tech masterwork below! The yellow is when I was on a proper path and the red bit is where I scrambled up the hill. It won’t mean much to many people but it was fun tracing my journey. 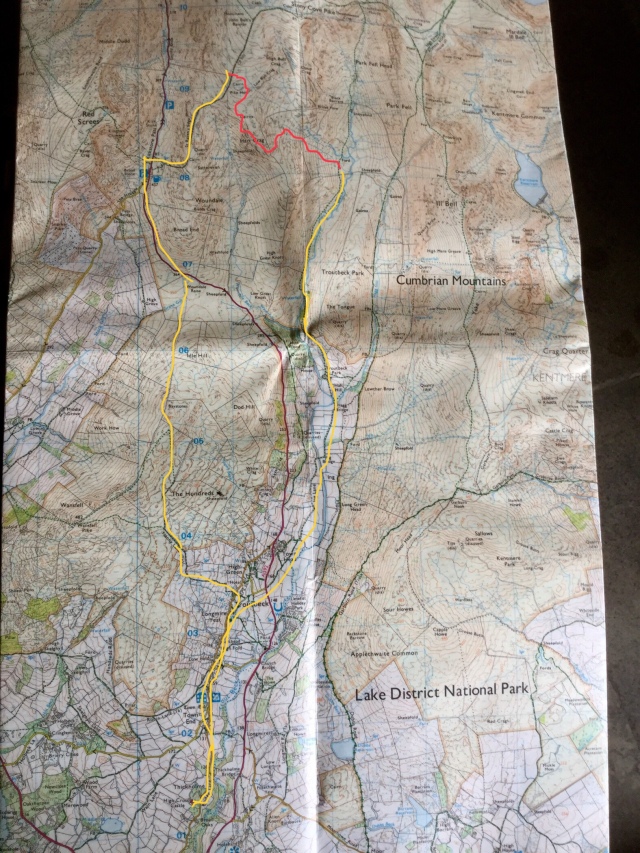 The thing that really surprised me was how much energy I had on the home stretch and that my feet didn’t hurt at all. In the middle of crowing about it to Luke the next morning I realised I’d cut my foot open and was bleeding on the hostel floor. Murphy’s Law, I suppose.

6 thoughts on “An Unexpectedly Long Hike”