I am heading to Cambridge on Saturday so I decided to have a few nights of luxury at a B&B called The Rum Doodle. Ridiculous.

I dropped off my big bag in the morning and then wandered down the main strip of shops. I found a pub to sit and write a few postcards in – The Hole In ‘T Wall. 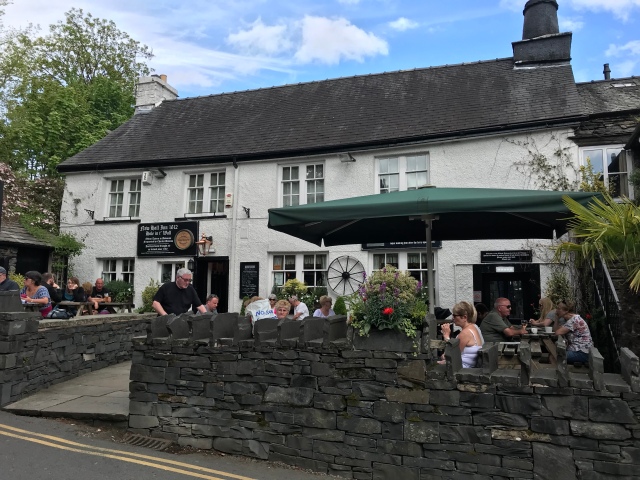 Sometimes you go into these places and think that if anyone tried to copy the interior and set it up in another country as a traditional English Pub people would tell them to dial it back a bit. 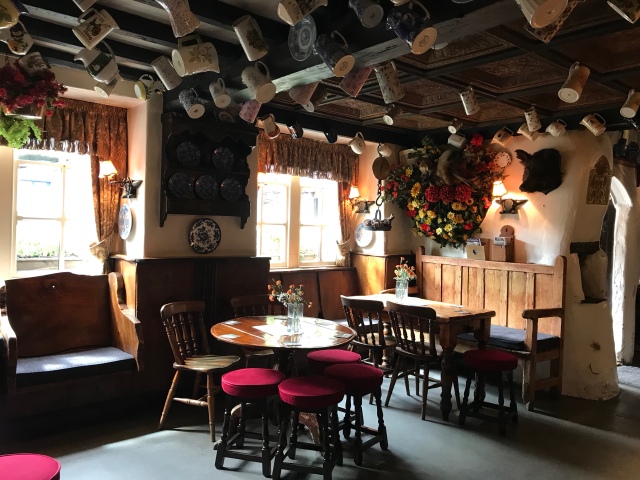 I don’t envy whoever has to dust the place, anyhow.

I bought a couple of second hand books that I can easily leave behind somewhere. The first I’m reading is called ‘The Life of a Scilly Sergeant’ and it’s true stories written by a policeman who was posted to the Isles of Scilly. It’s quite good and reminds me a lot of small towns I’ve lived in. Mum, I think you’d like it.

I had a look in the local church, mainly because it was a little oasis from the noisy bus loads of tourists who clog the local footpaths.

The inside was lovely, with a pice of stained glass that was from the 13th century and hand-painted walls that looked like tiles in some places.

There was a comfortable homeliness to the place that larger, more ostentatious churches lack.

Next I went to the movies and even though I enjoyed the film (I Feel Pretty) I was most tickled by the size of the theatre and screen. There was no way the screen was more than twice as big as our home tv and the elaborate curtains that initially covered it had a real Muppets feel.

Hopefully the exit sign on the side can help you gauge the size. 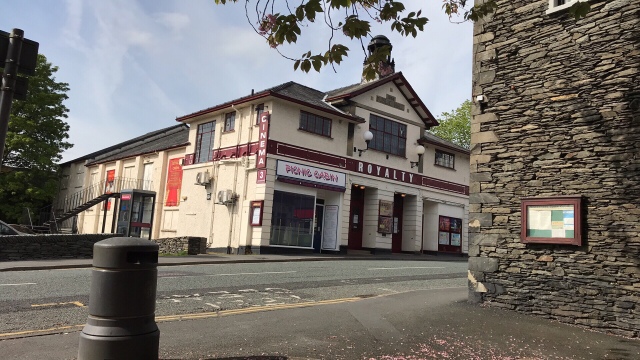 The theatre itself – nothing about it felt like it had altered since the 60s, even the staff.

After the movie I went to the Indian restaurant next door and had a korma and coconut rice before power-walking back to the Rum Doodle in the rain. I had been wondering if I’d squandered the money I’d spent on my room and should’ve gone camping instead, but when I saw the bath tub I was reassured it had all been worthwhile. All I’ve wanted for two weeks was a soak in a tub – something I do about once a decade at home. Then the bed! So fluffy! So full of springs and so not a blow up or foam mattress!

My least active day of the whole trip so far but it was nice to read, watch some light entertainment and finally get in a curry. Is it just me or are Thai restaurants taking over from Indian in the UK? I have no problem with Thai food but it seems to outnumber Indian 3-1 everywhere I’ve been so far. Times change, I suppose!

9 thoughts on “Bowness On Windermere”