So that’s chapter one of my trip over. How quickly it goes! I thought I should record a last few snippets before closing the book on Cumbria – for now, anyway.

While I was walking in Windermere I noticed the library had an exhibition that chronicled the lives of a group of Jewish children who had escaped Nazi Germany but also lost their parents and so were brought to Windermere to be rehabilitated before being sent to live with other families. The photos and videos were poignant and well-done. If you feel like a bit of a cry in a public space I highly recommend going.

All the children who had featured in the display had gone on to do well, one even representing England at the Melbourne Olympics. 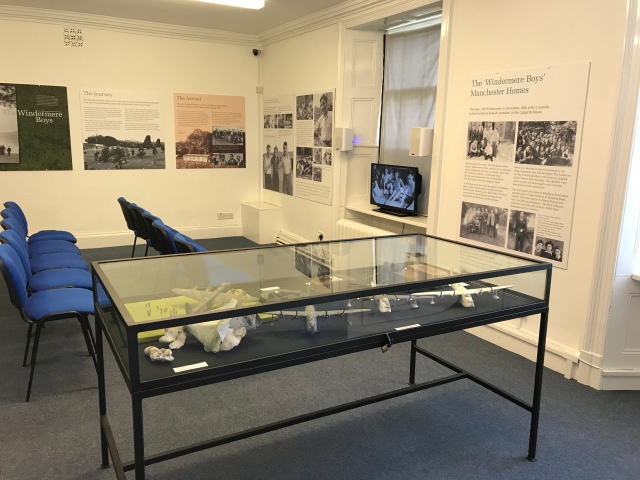 My last big day of walking was initially well-planned. I’d decided to catch the bus up to the Kirkstone Pass, thereby cutting out some of the uphill, then walking around via St Ravens crags to the head of the Troutbeck valley then along the ridge that includes High Street and Ill Bell.

There weren’t too many people about and the day was very fair with hardly any wind.

I managed fine up to the descent down towards the pass at the top of Troutbeck. The path pretty much disappeared and I had to put my sticks away to use my hands to help lower myself down the rocks for a short way. The hillside in the photo below is the one I scrambled down. 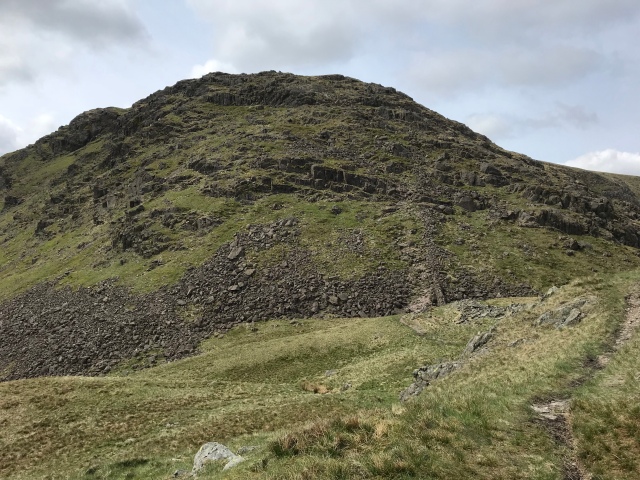 As I was clambering down (which was actually quite fun) I had a good look at the opposite side, which I was planning to go up. It was another of those steep paths strewn with loose slate. Along the side though, I could see a man coming down the grassy slope, which seemed to be faster and easier. It was perhaps 3-400m of steep climbing to the top. I gave it a go but after 50 metres of climbing and looking back and looking up, I decided to turn back. I don’t know if I’d have done better with someone else there, or whether I’d have given up sooner. I don’t know if I’d pushed myself to get to the top whether I would’ve felt a great sense of accomplishment or just felt sick from vertigo and the adrenaline. I watched other people come down, sliding on the scree so, for better or worse, I decided to climb down the valley.

I passed a big group of men huffing and puffing their way up the slope and cheerfully pointed out that they were doing it the hard way then stopped for a chat for a moment while they caught their breath.

After I left them I didn’t see another person in the valley until I hit the farm at the end. If nothing else, the walk along the valley confirmed that my early exit and climb over the ridge a couple of days earlier had been the right move. The upper end of the valley was even more boggy than the lower end.

I felt a bit disheartened at giving up and having shoes filled with water and so decided to hurry to Troutbeck to catch a bus back to Windermere. Since the buses only ran every two hours, I had five km to go, and wasn’t sure where the bus stop was, I had to hurry. I started walking in straight lines through the sodden ground rather than picking my way around the edges, which eventually led me to putting my foot almost knee deep into actual mud (bogs are annoying but at least the water is clear). I half laughed and cursed. Fortunately it was right next to the river so I waded in and shook my foot around so at least I would be clean. In doing so I leant forward and my phone slipped out of my pocket and into the river.

At this point I hailed Past Me a hero for upgrading to the water resistant iPhone7.

Moments later I looked up to see a huge military plane swoop low over the valley ridges and pass right over my head, almost in slow motion, which really raised my spirits. I picked up speed, determined to make the bus, and emerged into the village with a good 40 minutes up my sleeve. Enough time for a pint and a bowl of chips.

Bless the ubiquity of English pubs.

When I got back to the Rum Doodle (tee hee) I discovered hot spots on my feet from all the sideways slipping and awkward walking I’d been doing for hours. My first foot issues – and on the day when I walked almost the shortest distance yet. Boo. So I had a bath, read The Ascent Of Rum Doodle and decided to spend the following day, my last in Windermere, doing not much at all so my feet could have a break. And why not enjoy my cosy attic room and claw-footed bath tub while I could?

A few more bluebells to tide you over😁 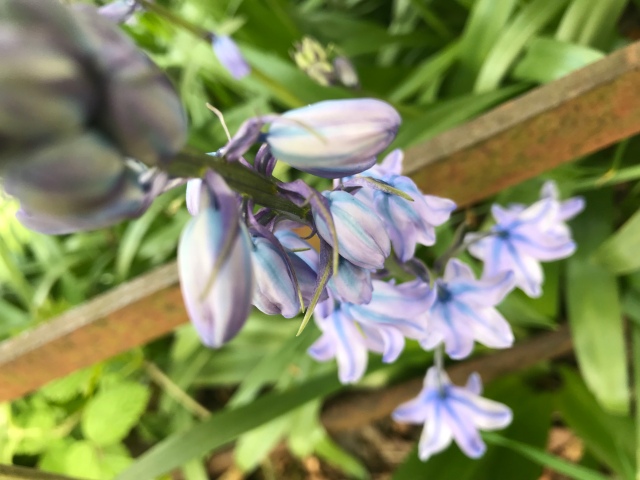