If you’ve used Airbnb you’ll know that they don’t just do accommodation anymore, they also offer experiences. The sailing trip we took in Zadar was one of these and so Luke booked us on another one, a day trip from Rome to a winery in Frascati, a little town not too far away.

After a completely ridiculous breakfast of cubes of roast pork and slices of focaccia in a paper cone, which we saw at Termini and couldn’t not have, we caught a regional train to Frascati.

If you are ever catching a train from Termini be warned that they have some of the longest platforms in the world and if your train is at a ‘b’ platform it could be a 300 metre walk down a platform to reach your platform and they don’t give you a lot of time between showing your platform number on the board and reaching your train. After buying your ticket you need to find the green machines that stamp your ticket before you board the train. Failing to do so can result in a big fine. Fortunately Luke looked up the process before we boarded.

The train only took about 30 minutes and we were met at the station by Guilana and introduced to the other people on the tour – a family from Baton Rouge and a couple from Oklahoma. They were all very nice and friendly and we discussed our travels. 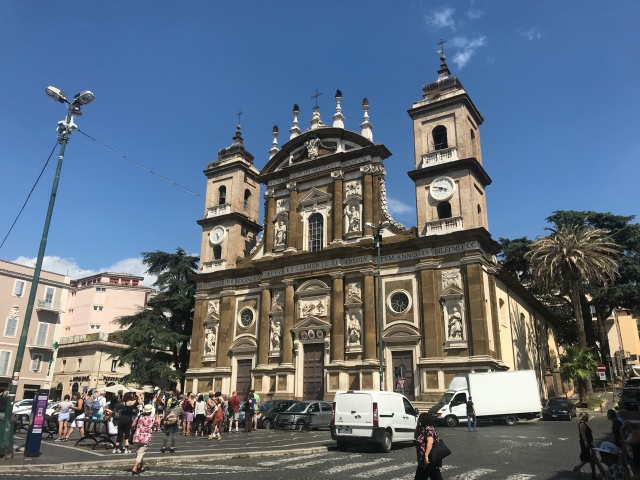 Our first activity was a walk around Frascati and hearing some of the history. Apparently the hilltop had been settled by the Etruscans and significantly predated Rome. Rome was originally a swamp and so even after it was settled people liked to visit Frascati to enjoy the cooler sea breezes and better climate, particularly in summer. When Rome became very wealthy the rich families would build large mansions there and now there are twelve; some are still owned by the families who built them. 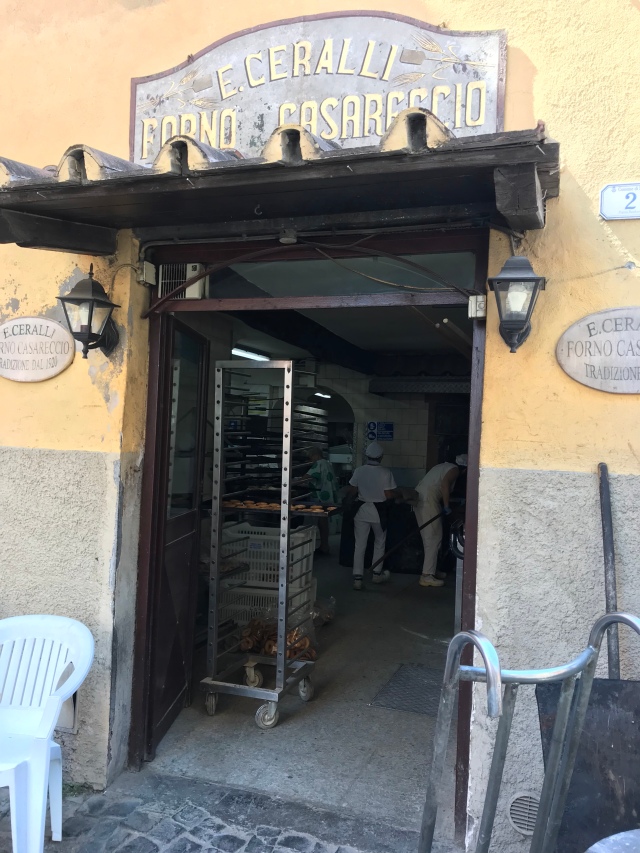 We visited a bakery that is very old and run entirely by women. We stood at the back door and smelled the delicious sugary air that wafted from the ovens. We were told that it has the oldest ovens in Italy. We also saw the oldest bar in Italy (apparently.. Europeans seem to want to call everything the oldest/largest/smallest/best of whatever the thing is, possibly not realising that no one really cares. Besides, to Aussies and North Americans everything looks ridiculously old).

We had a glass of fresh wine that was quite sharp and a few slices of ‘pizza’, which was more like what I would call plain pide, to soak it up. Our guide warned us that the wine was very strong at 14%. I wish I’d asked now which wines weren’t that strong because that seems fairly normal to me.

One of the funny things we saw in the town was a man driving around in an old car with a speaker attached to the front broadcasting his voice constantly. We were told he was the local guy who sharpened knives and fixed things and he was advertising his wares. It felt like every time we turned a corner he was there. How annoying for the locals! Or perhaps they were just used to it.

We also saw the local pork seller who had a little stand where he would sell roast pork every day. It is stuffed with herbs and was the same pork we’d had the previous day in Trastevere and also at Termini for our breakfast. So good!

Then to the winery. It had been in the family for nine generations, apparently, and the current farmhouse had been built in the 16th century on top of a house that had been there since Roman times. We had a look at the vineyards and patted the dog before looking at the cellar and then sitting down to lunch.

We tried several of the wines, which were good, but the food was exceptional. The chef had just returned from working in Paris, where he had cooked for two presidents! We tried a range of foods, such as rockmelon with prosciutto, olive oil and sourdough, bruschetta and more. My favourite were the hard cheeses with wine jam and their home-made hummus with orange rind and Parmesan.

The main course was a pasta dish with a white ragu, toasted almonds and lemon and orange peel. I would never think of using citrus in a pasta dish and it was amazing – so fresh and zesty!

One of my favourite things about travel is getting ideas about what to cook when I get home.

While we were at the winery a film crew were shooting an episode for a YouTube channel called “Alux.com“, which covers luxury escapes and tours. Obviously we’ll post a link once the episode comes out. We might even be in it!

The guy in charge was very friendly and said he got started through making blog videos for family about his holidays, just like the sort of thing we do.

After lunch we were dropped in town and then had a walk around on our own, sitting in a park enjoying the cool breeze then getting some gelato before catching the train home. 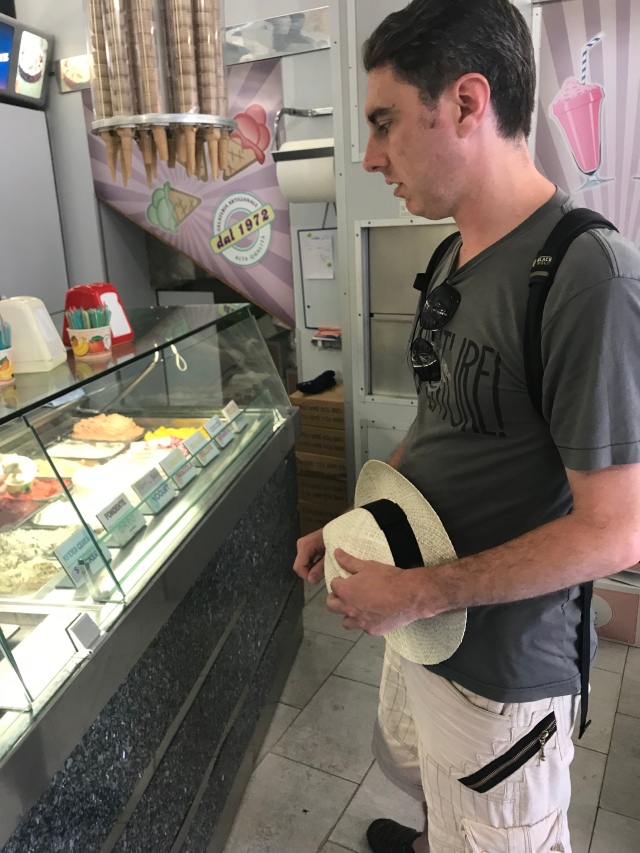 A lovely day out and a nice opportunity to see the countryside and chat to new people. I’d definitely recommend it if you ever find yourself in Rome but want to escape the heat and smells for a day.