We caught a TGV train from Nice to Paris and it was a delightfully quiet ride compared to our last train journey. We watched rain pour down the windows and arrived in Paris to a delightful 24 degrees. Such a nice change from 30+!

Our hotel (the Hotel Audran) was in Montmartre, only a few blocks from Sacre Coer.

We were offered a room on the street side or behind and erroneously took the street side. I don’t know if the back of the building would’ve been much quieter, but almost every night people seemed to want to have shouting conversations in the street and then delivery or garbage trucks woke us up early each morning. Still, the cool weather was a wonderful thing and we quickly headed out to explore the neighborhood. 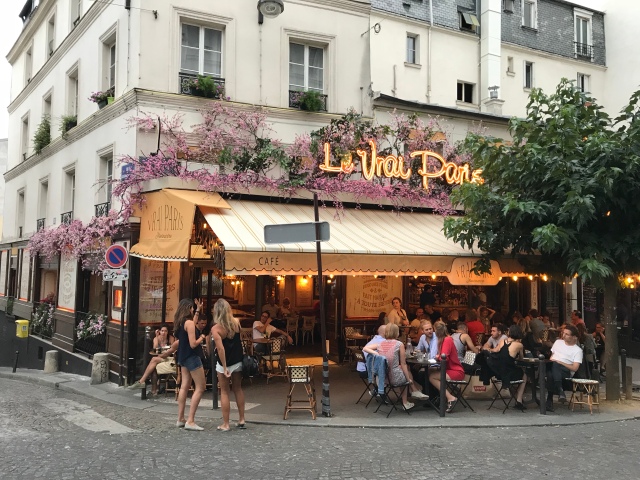 Montmartre is the bohemian part of Paris, with lots of quirky shops, restaurants and street art. 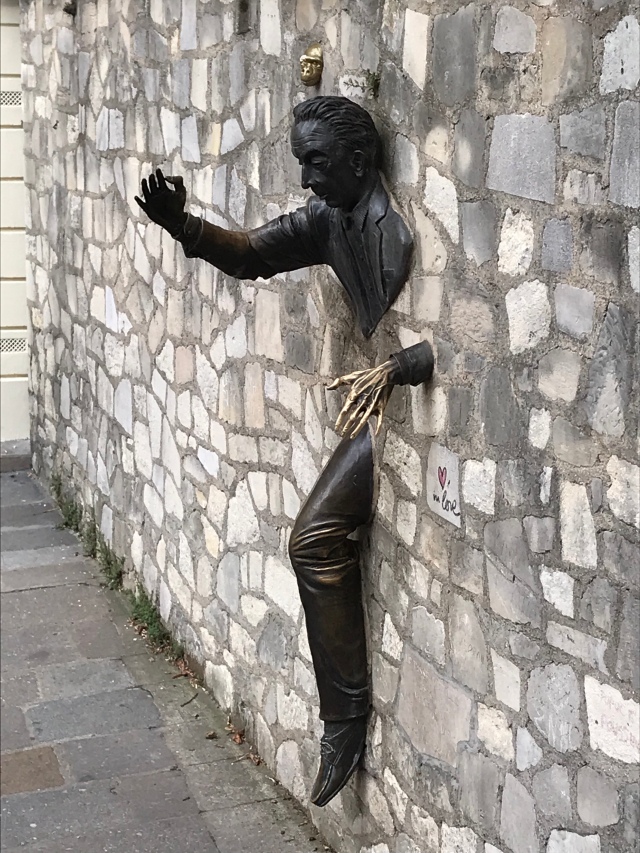 Our first walk took us to Sacre Coer (sacred heart) and its mad crowds and views over Paris.

Then we found a nice little restaurant for dinner (La Mandigotte) that had the menu in English as well as French. 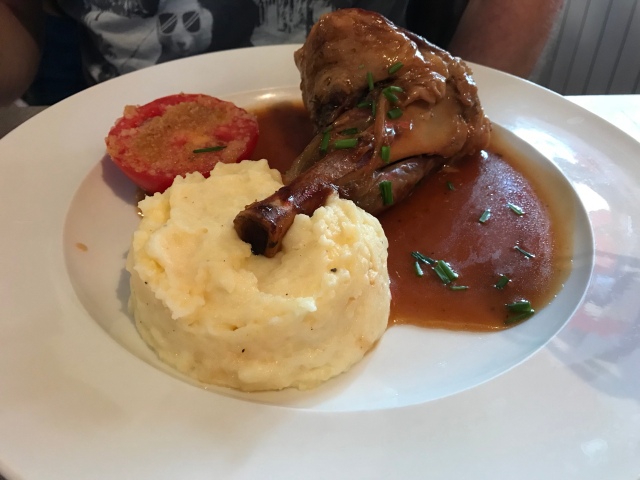 One day I’ll remember to take a photo of the restaurant as well as the food.

I must say that we are both getting better at reading signs and menus – Luke did many years of French in high school and is finding that it is coming back somewhat. I did an unenthusiastic six months of French but I like having a go at learning a bit of the language when I go places and after Nice and Lyon I am finally saying merci instead of grazie or danke. All this changing countries gets a bit confusing after a while. It will be a bit of a relief to get back to the UK in that sense.

On our first morning in Paris we headed straight to an art exhibition – with a difference. 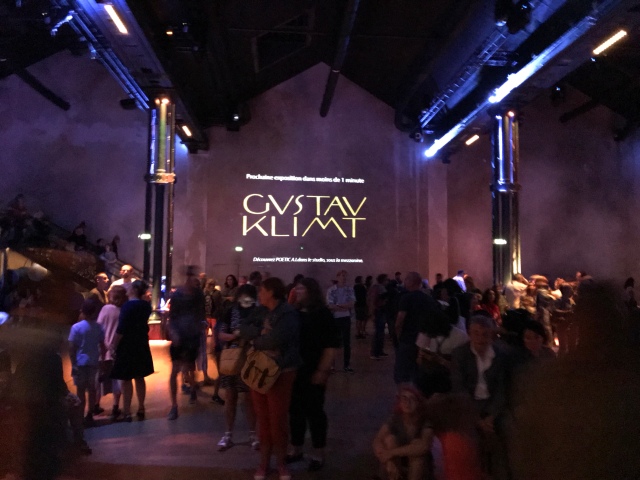 It was a sound and light show in an old foundry, where reinterpretations of Viennese artists from the end of the 19th century were being projected onto the walls and floor with a musical accompaniment.

It was beautiful and interesting. There were three Viennese artists presented, with Klimt being the longest show, then at the end there was a much more modern show called ‘Poetic AI’ that wouldn’t have been out of place at a rave. We both liked the futuristic display best but the whole thing was lovely and very unusual.

Big thanks to Viv for telling me about it, I wish it had been on when you were here!

After this eye-popping brilliance we headed to the Pompidou Centre for more modern art but we both agreed, despite a few interesting pieces, that it wasn’t as much fun as the previous exhibition. 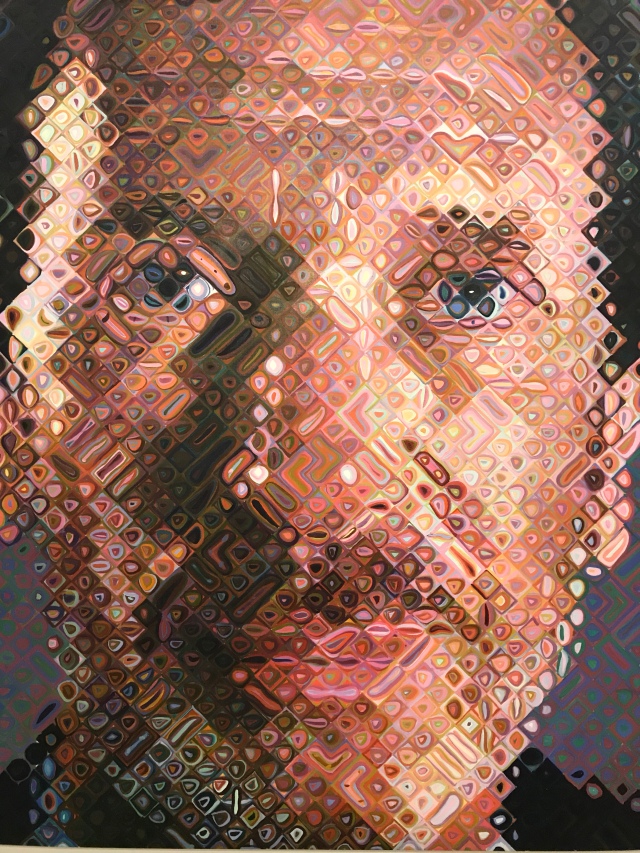 One of the works that stood out most for me was a sound-proofed room. The deadened room felt both comfy and a tiny bit claustrophobic even though it was quite large.

Also we were perhaps getting slightly sore feet. Nothing wears me out like shuffling around galleries.

Next: an excellent wine tasting and more Paris wandering.