We left Harrogate mid morning but our ferry to Ireland didn’t leave Liverpool until 9pm, which left us with quite a few hours to fill in between. I’d seen a few photos of the Yorkshire Sculpture Park on Instagram and, as it was a nice day, we decided to take a detour.

While there are around 80 sculptures placed around the large grounds, there’s also the main gallery and a chapel that houses exhibits.

The first exhibit we looked at was by an artist called Mister Finch, a local man who made anthropomorphic sculptures of animals from found fabric and other materials. This exhibition was based on a story of his where animals who delivered wishes were allowed their own wishes granted… I think. It was quite enchanting. 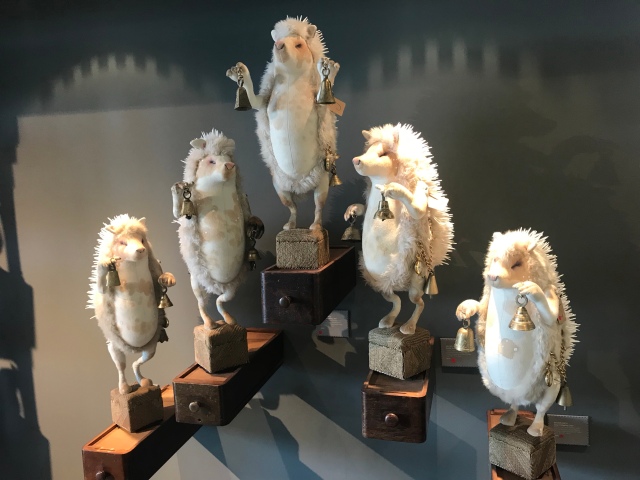 The next gallery space had works from a number of artists and all the works had something to do with nature. I particularly liked this one:

At first it looked like a pile of potatoes – which it mostly was. This seemed intriguingly strange and then the nearby gallery guard/explainer told us that the artist had taken a cast of his face then buried it with the potatoes then the potatoes had grown into the shape of his eyes and ears etc. Amazing! The artist then cast those potatoes in bronze and then displayed them with regular potatoes.

You won’t recall this, I’m sure, but in my post about Rome earlier this year I included photos of an artwork that was acacia thorns on canvas. Coincidentally, there was one work by the same artist on display in Yorkshire.

We had a little wander through the grounds but it was a bit windy and so I didn’t take too many photos. Also there were a lot of Henry Moore statues, which I’m not that keen on. I did like this though :

A haha over a haha! Possibly the most elaborate pun I’ve seen all year. I don’t know how many other people would get it… or even if the artist intended it.

There was also a neat iron tree by Ai Weiwei.

This was made by making casts of a bunch of parts of other trees then roughly bolting it together. 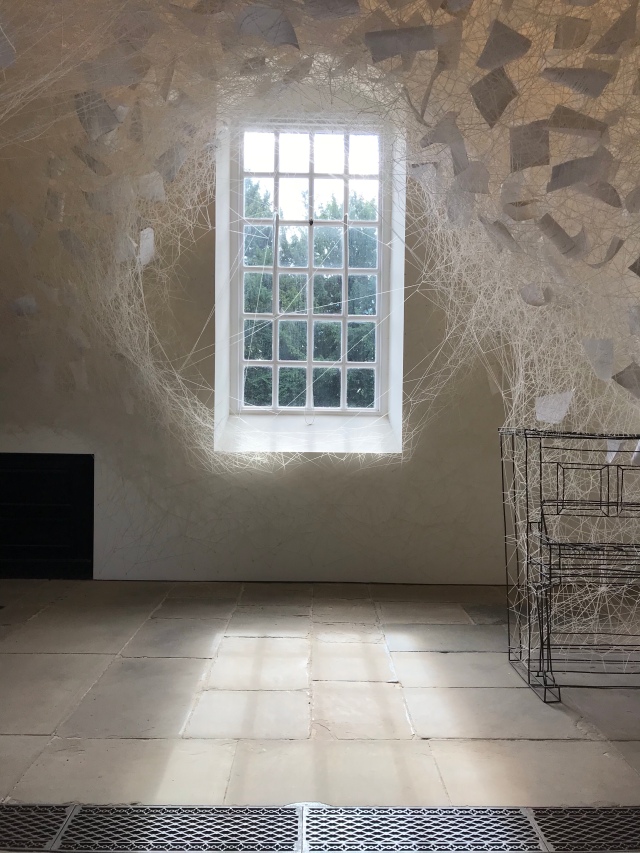 The last thing we looked at was inside the chapel on the grounds. An elaborate and ethereal string and paper installation by an Asian artist. Lovely! As the clouds came across the windows the strings would glow or become pale.

We finished off with a very tasty lunch in the cafe then continued on to Liverpool, a city I’d expected to like but perhaps we stopped in the wrong part because it smelled rather bad. We had a few drinks at a very fancy pub then headed to the ferry, ready to start the Irish leg of our adventure. 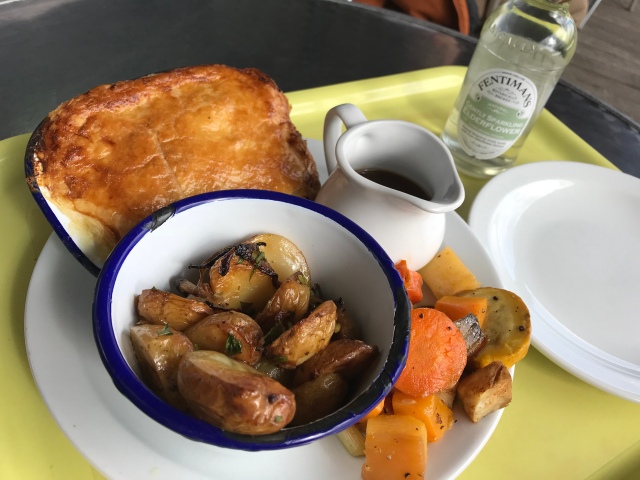 The YSP certainly knew its way around a pie!

Next: fun times on a rocky ferry crossing then we head to Sligo and Galway.

Follow Here Comes The Planet on WordPress.com
Join 843 other followers