But you haven’t finished the Cumbria Way! Yes, I know. I am thinking I will come back after Belfast (which is where I am going after Cambridge) and finish the Cumbria Way by walking from Carlisle to Keswick, then go and do the rest of the Dales Way from Burneside to Ilkley.

Yesterday I inspected my maps and decided that a good challenge would be the westernmost leg of The Dales Way. It is a long distance walk that goes from Ilkley to Bowness and takes five or six days to travel 80 miles/124 km. It is generally considered one of the easiest long distance walks in the UK.

I got the bus to a spot outside Burneside and walked to the point where I could start on The Dales Way. I’d estimated that the walk would be about 15km but I’d already done 4 just walking from the B&B to Windermere station and then down from the main road to the first DW sign. I seem to always underestimate how far I’m going to walk but then hugely overestimate how long it will take.

Burneside was unremarkable. Oh, the church was nice too.

Also the weather was perfect.

The Dales Way mostly follows waterways and so there aren’t any huge hills. 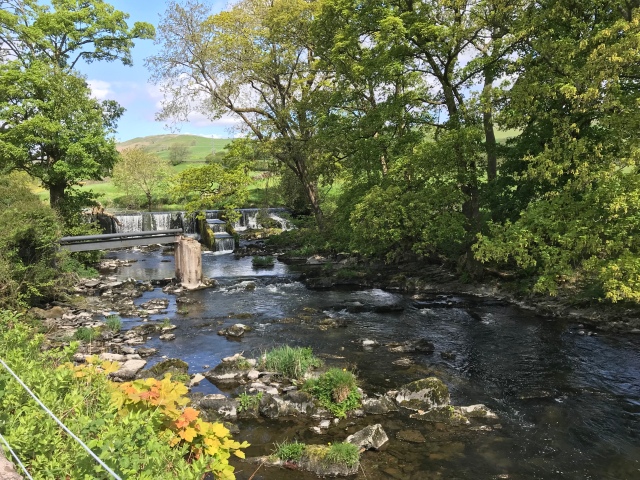 There were lots of lovely scenes but also the smell of cow manure and many many flies.

I ended up walking 20km/13.5 miles and it was the easiest day’s walking I’ve done so far – I was home by 3:30 and now I have to work out what to do with the rest of the day… probably plan tomorrow’s big adventure to my highest peaks yet!

I have created another Technical Masterpiece below to show my journey. The red is where I walked and the yellow is where I caught the bus. The red squiggly mess is where my B&B is in Windermere. 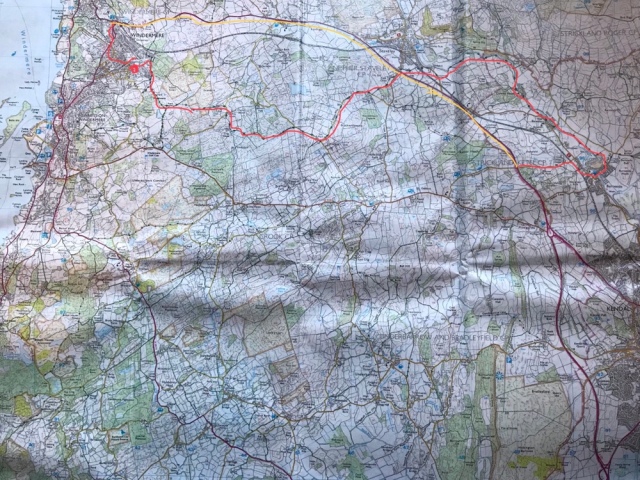 Most of the way was through fields and a bit of footpath walking. Two fields of cows – and close cows too. That was the worst of the walk. The best was the BLUEBELLS!

I actually swore a bit when it first came into view. Such colour! Such density! It was gorgeous and totally made my day.

Then I saw another one! It was on a different hill and it was interspersed with ferns, but it was also wonderful. I was pleased that the sun was behind a cloud so that my phone didn’t struggle to pick up the colours – well not as much as last time. 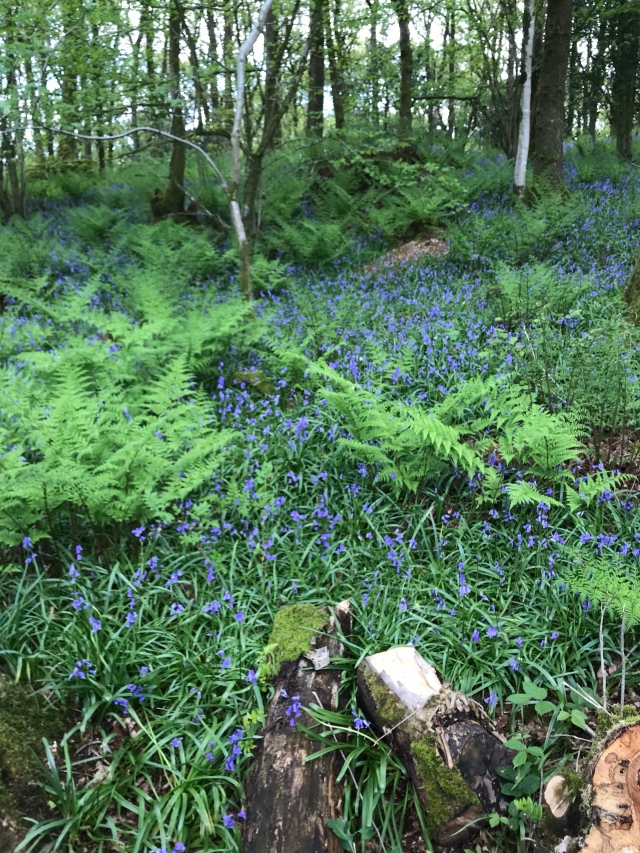 6 thoughts on “The Dales Way”