I camped the night by the lake in Keswick and then caught the 77a bus to Buttermere via Honister Pass. Last time we were in the UK we risked death and drove Honister Pass ourselves in dark and misty weather. This time I wasn’t driving and it was broad sunshine. Far superior!

It is still one of the most dramatic roads I think I’ve ever been down (almost equal to Canada’s Icefields Parkway and certainly more hair-raising) – if you’re in the Lake District do yourself a favour and catch the bus and see for yourself.

Although I wasn’t driving I didn’t manage any decent photos through the bus windows so you’ll have to take my word for it and go.

The bus was packed and it was a relief to get off in Buttermere village, a tiny hamlet that sits between the two bodies of water that are Buttermere and Crummock Water. Naming towns and lakes the same thing is annoying and it happens a lot in Cumbria. There’s also about a dozen each of Angle Tarns, Castle Crags, Raven Crags and Blea Tarns, to mention but a few. Also you wouldn’t believe how many Grouse Butts I’ve found on the maps (tee hee).

The bus stops at the picturesque Fish Inn.

Buttermere has been recommended to me by many people and also features heavily on Lakeland Instagram communities but nothing really prepares you for the beauty of its steeps mountains and crystal waters. 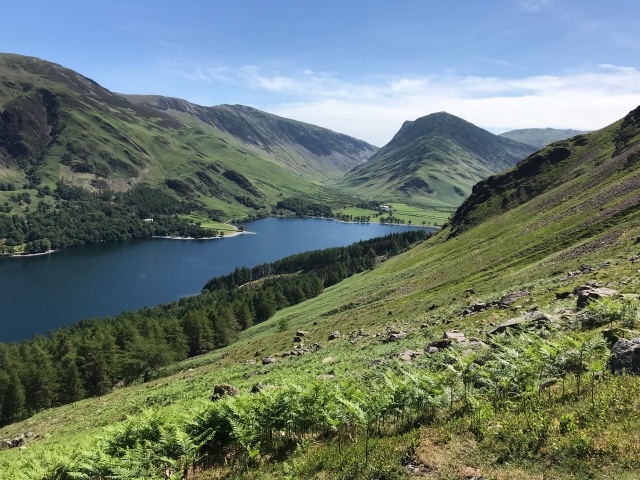 First I walked up the side of the valley towards Bleaberry Tarn until the path became too steep (story of my life) then I did a lap around the lake.

The water was so inviting that I took off my shoes and socks and hobbled a little way along (some of the stones are a bit sharp) and was surprised at how warm the water was.

It was good 6km round and there was a man in a van selling ice creams halfway. 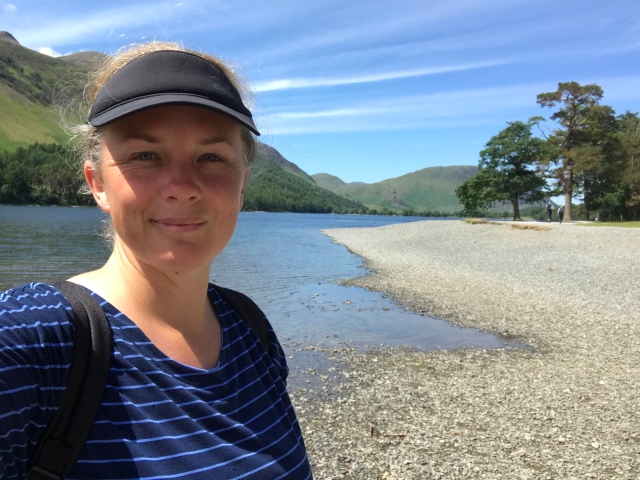 There were many people and many dogs all the way along, a great deal of whom seemed to want to speak in a shouting volume or walk in large groups across the path and at a glacial rate. Still, I was there, so I suppose I can’t really resent everyone else for wanting to be there as well. I just wish they’d all pipe down.

The bus back was even more packed than the bus there and we got to experience that classic moment when two large vehicles come around a bend and one has to reverse, with a stone wall on one side and cliff wall on the other.

I had complete faith in our driver as he reversed the bus about 20 metres back around a sharp corner so a truck could get by. 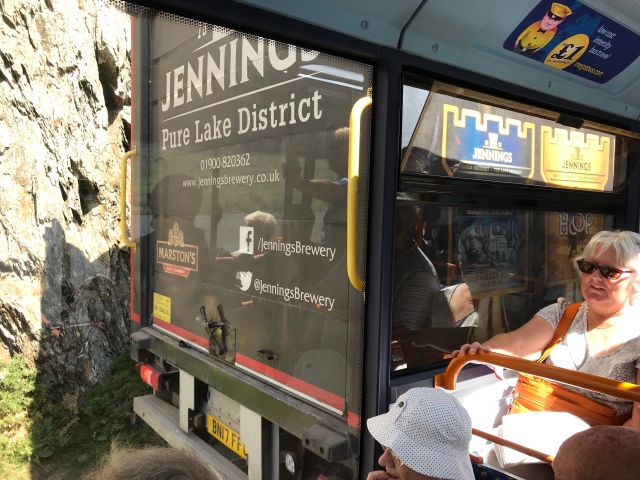 We all gave him a round of applause after, obviously. As the truck indicates, it was indeed pure Lake District;-)

Back in Keswick I felt in need of an early night but first had to take a few photos of the canada geese that had brought their goslings up the bank to ravage the grass. 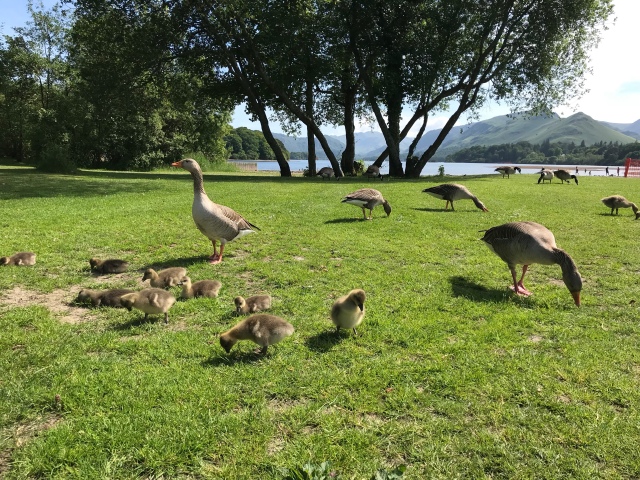 On my Instagram and Facebook I’ve posted a video of the moment one of the geese took offence at my presence and I squealed and scurried away.

Into town for a bite of dinner and a couple of little bottles of gin and I was set to lie in my tent giggling away to PG Wodehouse’s ‘Joy in the Morning’, which is the best Wooster and Jeeves book I think I’ve read yet.

I’m not really achieving my reading goal for the year but it’s mainly because I’m so tired each evening – not a bad thing at all!