We go to a Swiss national dress festival in Männlichen, take in the views from Schynige Platte and Luke checks out the incredible deluge of Trümmelbach Falls.

Click here to read Amanda’s entry about this section of our trip!

We had left ourselves a free day in Lauterbrunnen to see things in the area that caught our eye. First up was a Swiss culture festival that was being held up a nearby mountain.

We caught the usual assortment of trains and cable cars and arrived at Männlichen on a bright and sunny morning.

It turns out that there’s nothing but a hotel, playground and viewing point at the top, plus a herd of cows with bells to make it all one hundred percent Swiss. You could hear everyone stepping out of the cable car station making ‘oooh’ noises because the scene was just so pretty.

Wildflowers everywhere, snow-capped mountains all around and Grindelwald visible down the valley in the distance. We took some photos and had a wander then made our way to the hotel, where all kind of Swiss things were happening on the deck. 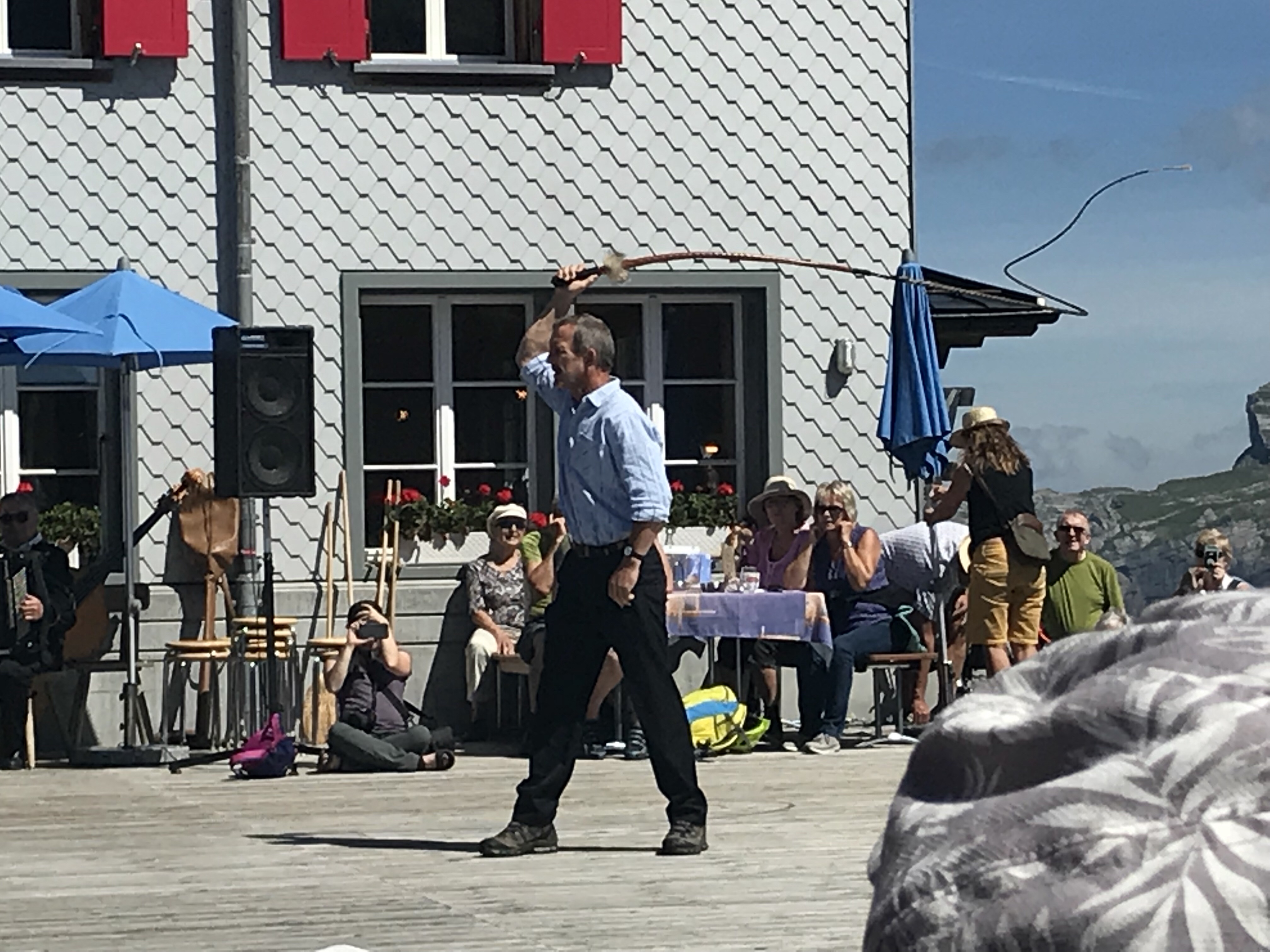 We watched for a while and took some photos but it was all pretty similar to the music we’d seen in the last two days so we headed to our next activity, a cog-wheel train to Schynnige Platt. Even though this train had been on the map as an activity, it had looked pretty short and so we expected it to go to a low plateau where the Alpine Botanical Garden was reputed to be.

It turned out to be probably the most scenic ride we took in our whole time there! The sides of the little train were open, which meant it was much better for taking photos and videos (no reflection) and it took about forty minutes to get to the top.

There was not a whole lot there but we had a quick look at the Alpine Garden and then sat and had some lunch at the hotel. It was a perfect day with amazing visibility and pleasantly cool at that altitude.

If you go up Schynige Platt go to the top level of the hotel restaurant.

We had thought about trying to make it to Trümmelbach Falls afterwards but ran out of time so Luke visited them the next morning before we left while I packed my bag. 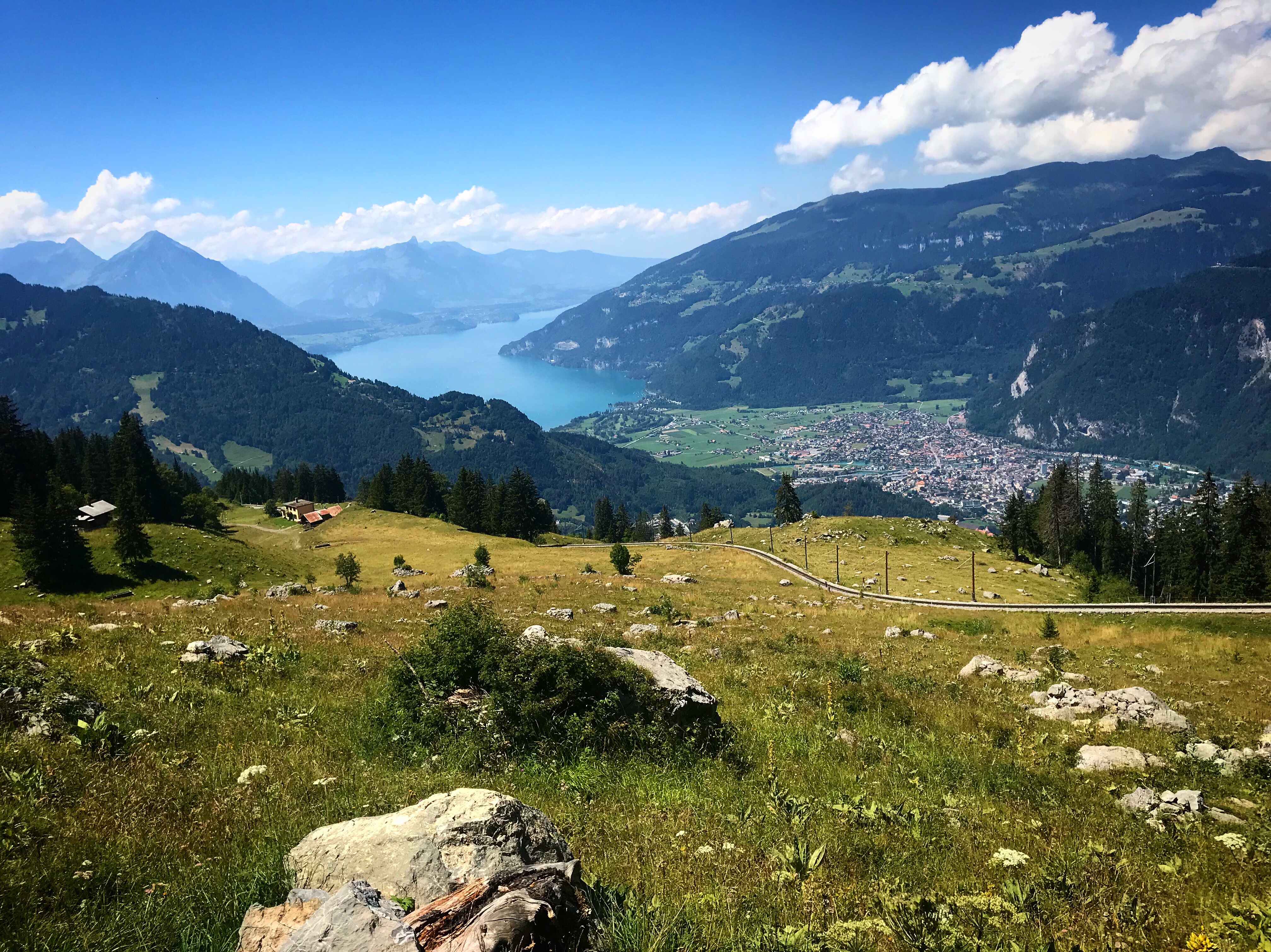 View from the Schynige Platt railway

We were very sad to leave the Bernese Oberland. By far our favorite place that we’d visited so far and it had raised a very high (unfairly high, some would say) bar for Geneva to reach. I don’t often go to countries and think that I would happily move there but Switzerland makes the list. One day we’ll come back and see it in a different season and visit more of its cities. One day!

Follow Here Comes The Planet on WordPress.com
Join 843 other followers