We arrived in Keswick pretty late in the day after a taxi, two trains and a bus from Cheltenham.

We stopped in at our BnB (The Cartwheel in Blencathra Street) to unload and briefly relax before heading out on a very short walk to Castle Hill. 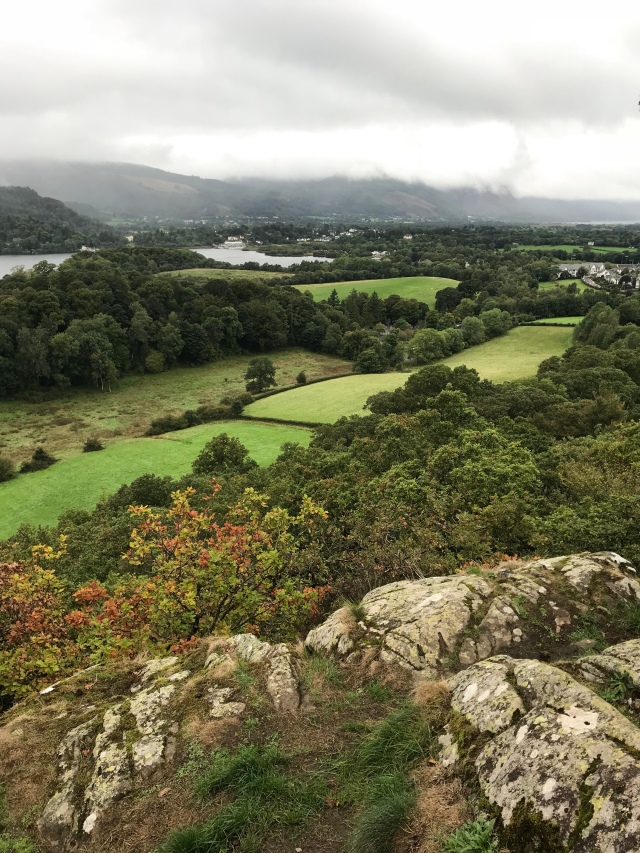 Despite the fact that it was only about a kilometre away I missed the right lane but we made it eventually to the little dark forest that crowned a small rise near Derwentwater.

As I expected, my lack of long walks or serious hills showed and I was a bit puffed by the time we made it to the top. The nice thing about this time of year is that the school holidays are over so we saw only a few people on the way up and had the top to ourselves. 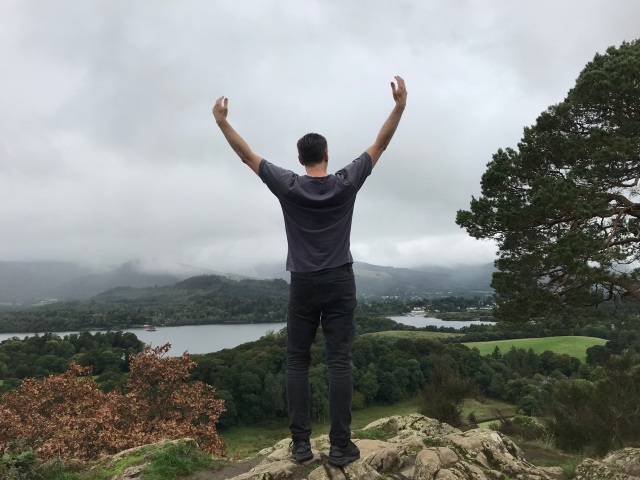 We took a few photos but it was getting dark so we took a walk down through town to the camping and caravan club where I camped in May and June. I pointed out all the significant spots and hills I’d climbed while Luke humoured me by making noises to indicate he was listening.

When we got to the lake it was getting quite dark and it looked quite moody and gloomy – very different to earlier balmy days. Also the black and white makes it look even more eerie ;-).

We stopped at The Bank Tavern for a drink and shared a chicken kiev. While we haven’t been sharing dinner as often as we should we’re trying to remember to do it now.

We then went to The Dog And Gun, which was packed with dogs – five just in the alcove we were sitting in. We had a piece of apple pie drowning in custard, which made Luke happy, then walked back to the Cartwheel for an early night.

While on the bus that day I’d wrenched my neck and lying in a soft bed seemed to make it worse – by morning I was struggling to move it at all or sit comfortably. I took some nurofen with breakfast, which seems to help but I’m hoping it comes better soon.

The following day I decided that I wanted to walk High Rigg, a hill near Castlerigg Stone Circle and very close to the walk Pete and Deb and I did in June. 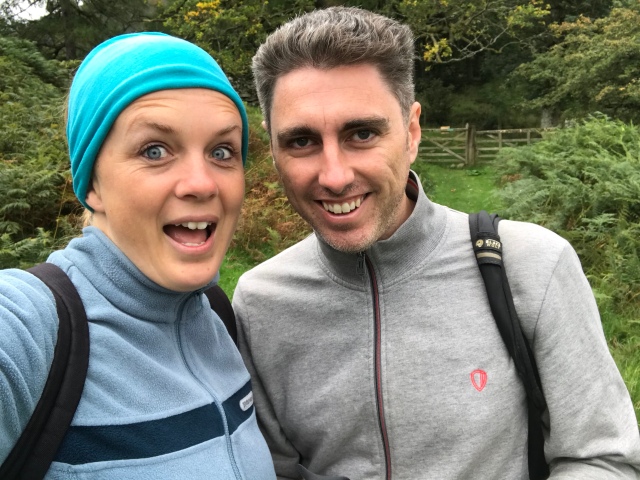 We caught the bus as close as we could then walked up the hill and along the ridge. Luke did not enjoy the walk up, but it was pretty! And reasonably dry, too. 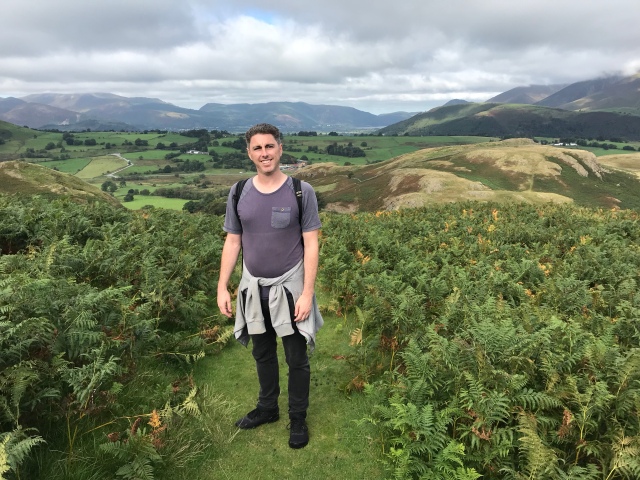 As I’d read, there were excellent panoramic views from the top and we followed the ridge for about a kilometre then down the southern end. There was no path marked on my OS map but it was pretty clear where to go. 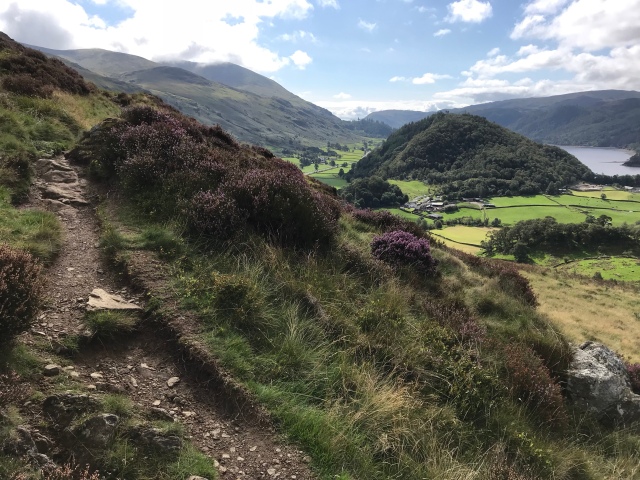 We only saw one other couple along the way and it was marvellously quiet. The rain that had happened through the night had cleared and only the top of Skiddaw and Blencathra were covered in cloud. We even got a bit of sun on our way down. 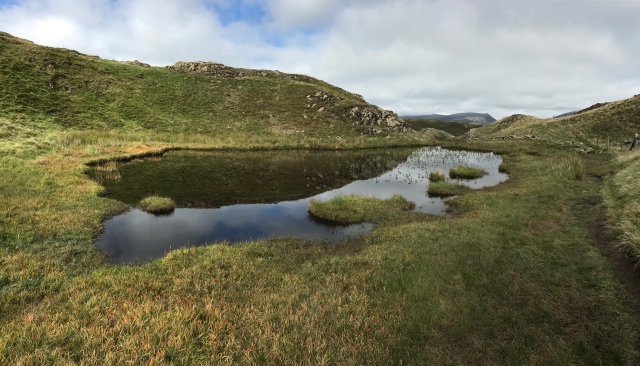 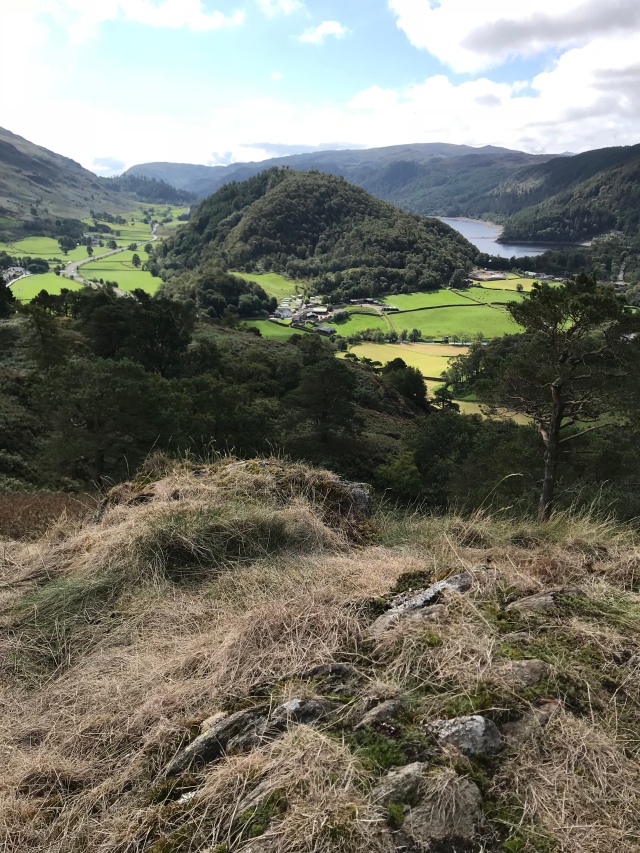 The path ended right at a 555 bus stop, which was super handy, so we caught the bus back to Keswick then the 77A to Buttermere to eat our lunch then go for a wander along the lake. While it was perhaps not quite as fine a day as last time I was here, the lack of crowds made up for it. 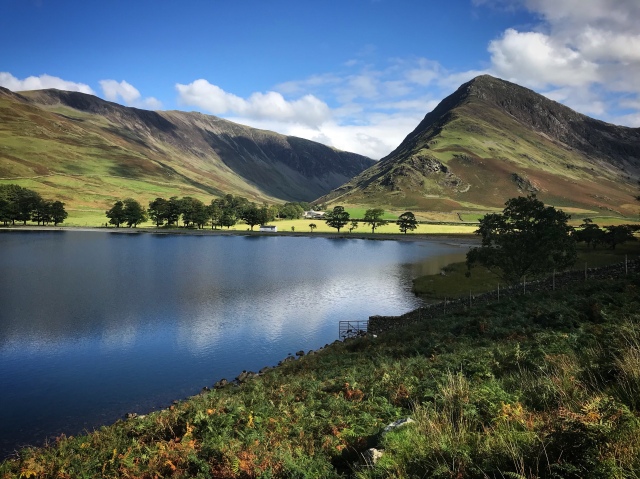 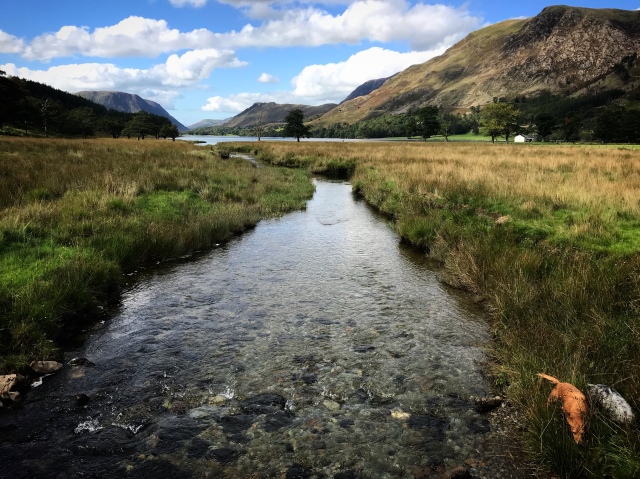 We found a lovely patch of fly agaric too! 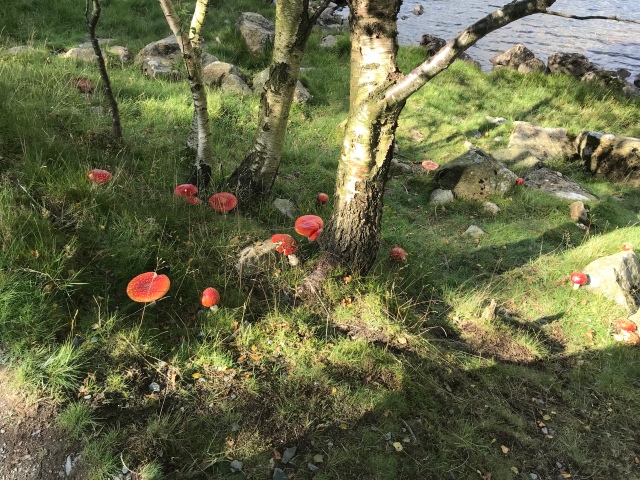 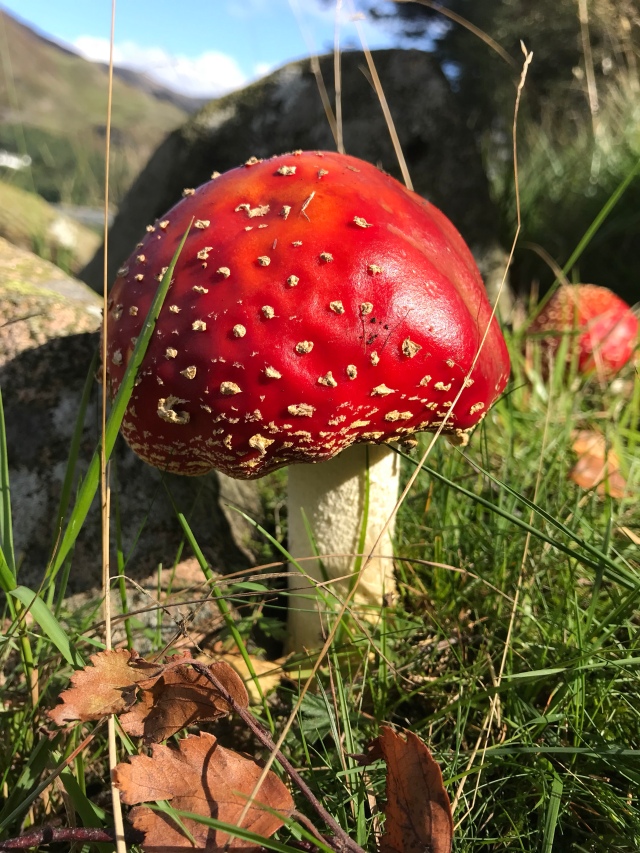 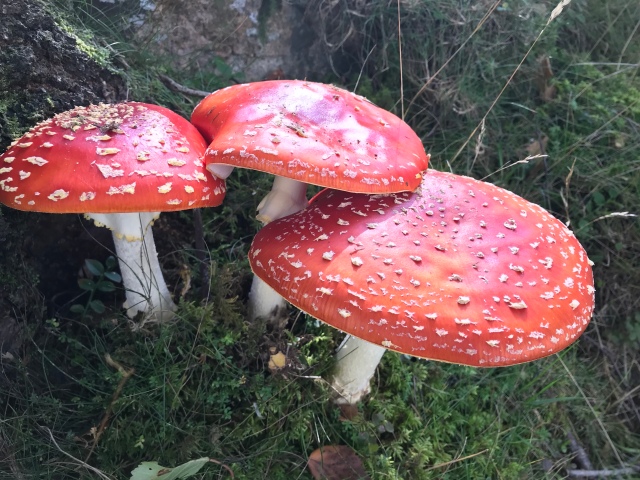 At the southern end we spent a few minutes watching a dog try to pick up a rock out of a stream – the rock was bigger than its head and we watched in amazement as it finally managed to pick the rock up and get it up to the bank.

We caught the bus back to Keswick by 5 and headed straight to the Wainwright pub where we shared a steak and ale pie, Luke agreed it was the best he’d had yet. After we’d finished eating another couple asked if they could share the table and we ended up talking to them for ages. Janice and Steve were from Newcastle and on their yearly holiday to the lakes. They had their immaculately white west highland terrier with them and we talked dogs and walks and travel for a while before Luke and I decided it was getting late and headed back to the Cartwheel. 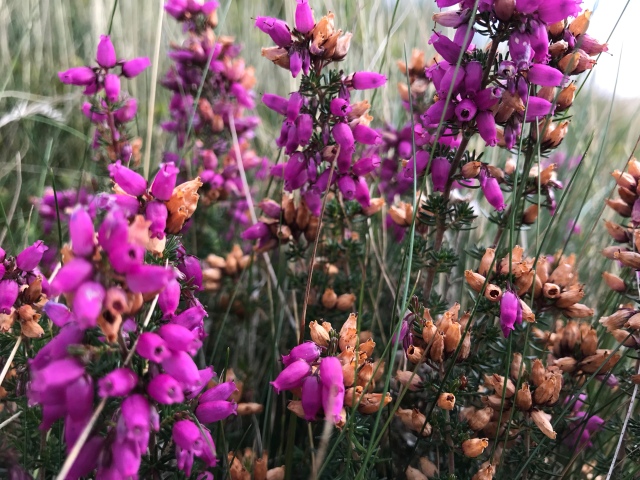 A lovely day out!

2 thoughts on “High Rigg and Buttermere – Two Walks Near Keswick.”